At the start of the virtual Hanover Fair, German industry appears to be largely positive. But despite higher demand from the USA or China, the pandemic is still a burden. 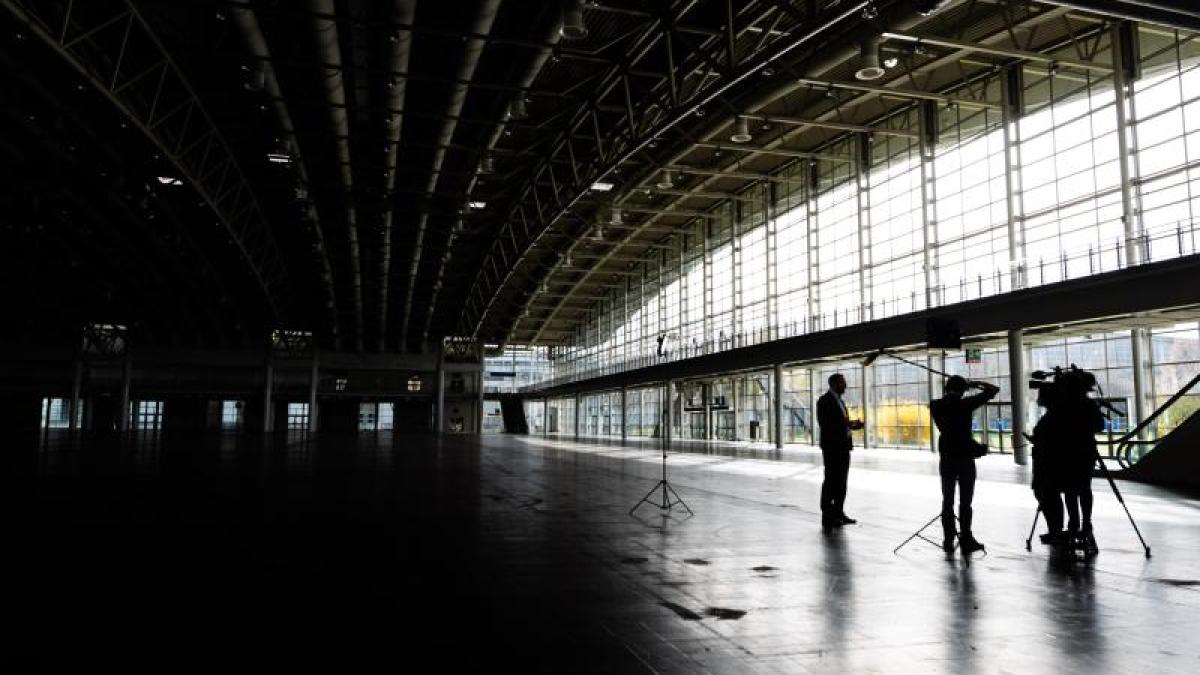 Hanover (dpa) - The German industry expects a gradual recovery in the current year after the Corona low in 2020. Realistic for production is "a strong plus of 8 percent compared to the previous year," said BDI President Siegfried Russwurm on Monday at the start of the digitally organized Hanover Fair.

There are already more incoming orders than before the crisis.

For the economy as a whole, however, the extended lockdown has consequences in a number of areas, according to the head of the Federation of German Industries.

According to the updated BDI forecast, economic output is likely to increase by 3 percent in 2021 - half a percentage point less than initially assumed.

Prerequisite: a “extensive reduction in pandemic-related restrictions by early autumn” and no further requirements for the manufacturing industry.

“It is crucial that Germany become more flexible and speed up vaccinating with the help of general practitioners and company doctors,” added Russwurm.

The Association of German Mechanical and Plant Engineering (VDMA) anticipates an increase in production volume of up to 7 percent in 2021 - taking into account the price development, said association president Karl Haeusgen.

«We have decided to increase our previous forecast by around 3 percentage points.

"Corona is unsettling and is still a burden for companies," said Haeusgen.

In addition, there would be structural change in the automotive industry and, in some cases, delivery problems.

"However, mechanical engineering is showing itself to be resilient even in this difficult phase."

Above all, the good demand from Asia, especially from China, is encouraging.

"The EU is also recovering step by step, albeit a little more slowly."

"It confirms the picture that the order situation is brightening."

It is true that 34 percent of the companies still have demand problems.

At the same time, around a quarter expect an improvement in the middle of the year.

Almost two thirds of the companies anticipated an increase in staff.

The fight against Corona is progressing in many companies, said Haeusgen.

87 percent offered employees tests for the virus or wanted to introduce this “within the near future”.

"However, we now need unity, clarity and concrete political plans for the time after."

It was "high time to replace the dissonant federal corona orchestra with a strong central voice."

Here, too, a cautious stabilization trend is assumed.

"The electrical industry got off to a positive start in 2021," said ZVEI President Gunther Kegel.

This year a production increase of 5 percent could be achieved.

"If you look at the orders received in the first three months, things can possibly go even better."

The business climate is positive.

According to the ZVEI, demand for semiconductors, which are currently very scarce, remains high.

On the debate about mandatory corona protection requirements in the industry, Kegel said: "We want statements and plans to be clearly reliable."

Over 90 percent of the companies in its branch have already tested.

"This means that another tightened lockdown is not only not necessary for the industry, it also makes no sense."