Some of the asparagus harvest is already underway in Germany, and some of it is still in the starting blocks. The recent onset of winter has not yet whetted an appetite for these precious vegetables. 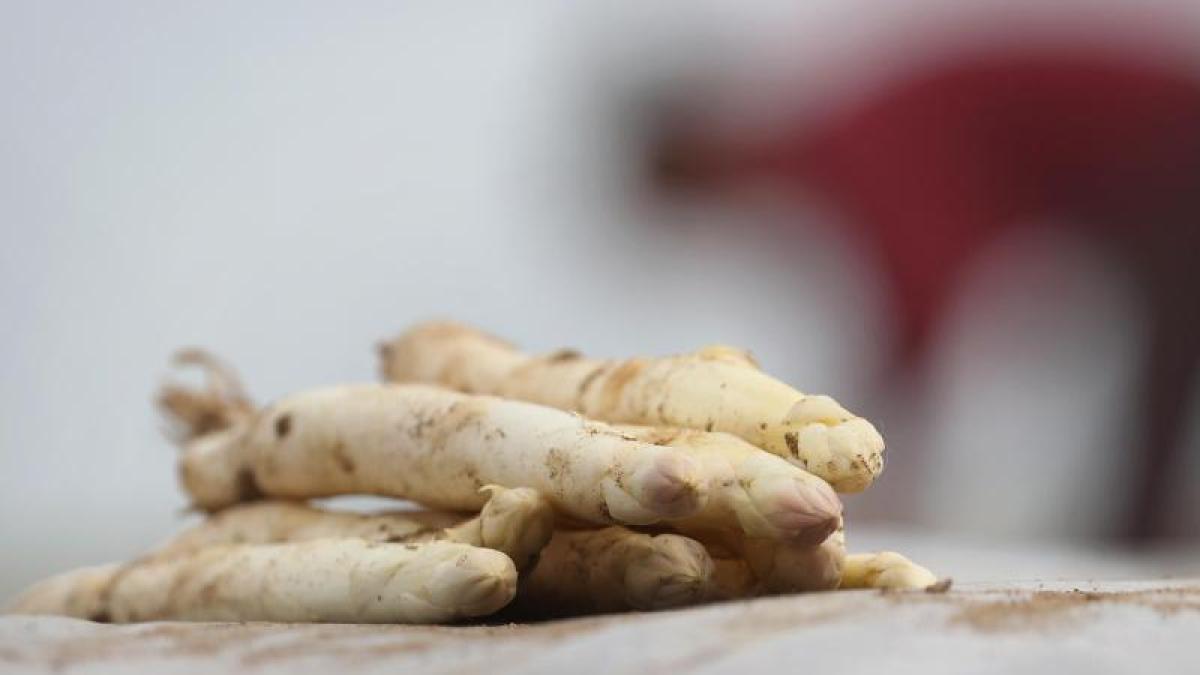 Sandhatten / Grettstadt / Bonn (dpa) - A few days after Easter, the demand for asparagus from regional cultivation is still low across Germany.

"From the numbers we can not yet determine average consumer prices," said market expert Michael Koch from the Agricultural Market Information Society (AMI) in Bonn.

The asparagus is already available in many regions.

"Only the consumer does not really want to be in this almost wintry weather."

In Bavaria, the state's agriculture minister, Michaela Kaniber (CSU), wants to dig asparagus this Monday in Grettstadt, Lower Franconia, and thus officially open the asparagus season in the state.

In Lower Saxony, the asparagus growers have not officially opened this year, said Fred Eickhorst, managing director of the Association of asparagus and berry growers in Lower Saxony, in Sandhatten (Oldenburg district).

The harvest of the first stalks had already started before Easter.

But the weather of the past few days has spoiled the customers' appetite for the precious vegetables.

"With the weather you think more of kale than asparagus," said Eickhorst.

Experience has shown that friendly sunny weather with temperatures above ten degrees significantly increases the demand for asparagus.

In addition to white asparagus, the demand for green asparagus has also increased in recent years.

Meanwhile, the share of green asparagus in regional cultivation across Germany is around ten percent, said Eickhorst.

Green asparagus is more popular, especially with younger buyers and in modern kitchens.

In the past few years, the asparagus harvest has declined across Germany.

Last year, according to the Federal Statistical Office, 106,400 tons were harvested, 19 percent less than in 2019, which was due to the corona pandemic.

In the past few years the average harvest was 123,700 tons per year in Germany.

Destatis for the asparagus harvest 2020