If something should happen "immediately" - how long can it take? In the case of the Reform Commission for the Suffrage, nothing has happened for six months. The opposition is foaming. 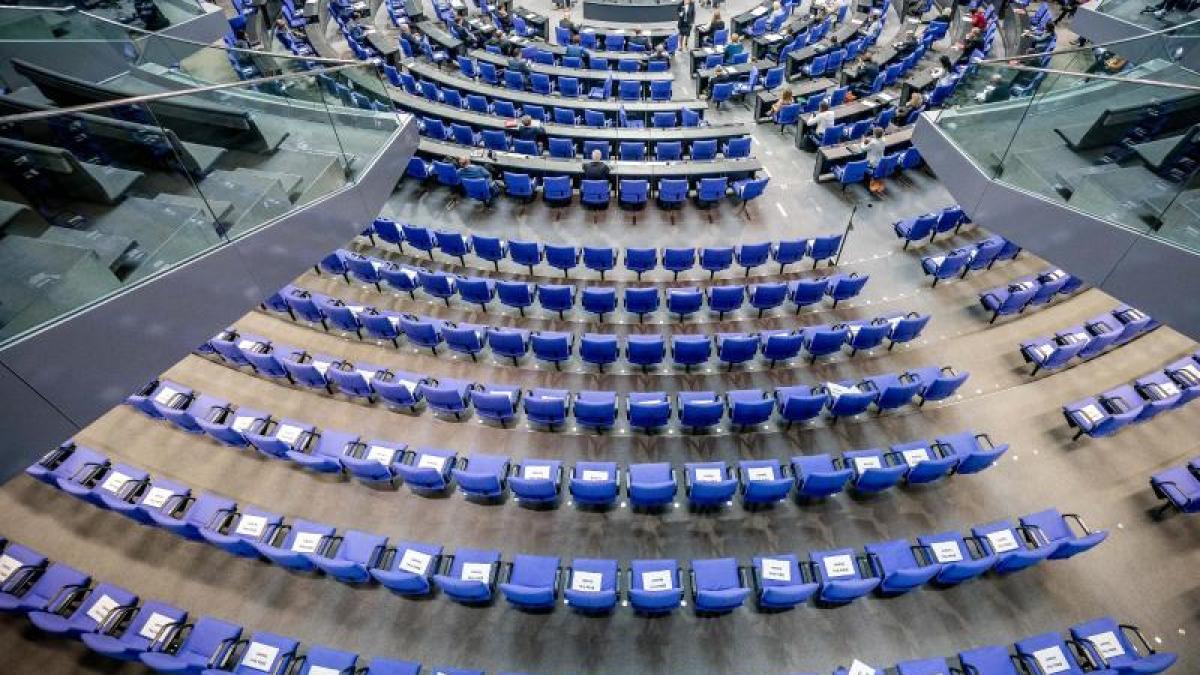 Berlin (dpa) - Greens, FDP and Left in the Bundestag vehemently criticize the fact that the commission for reform of the electoral law that was firmly committed by the Union and SPD has still not been set up.

“That is an unprecedented cheek by the coalition.

Here the parliament and the public were deliberately deceived and loaded », said the First Parliamentary Managing Director of the Left Group, Jan Korte, of the German Press Agency in Berlin.

His Green colleague Britta Haßelmann complained: “The seriousness of this announcement is not far off.

No decision has been taken in the Bundestag since October. "

The First Parliamentary Managing Director of the FDP, Marco Buschmann, said the commission was “a placebo from the start”.

«It only serves the PR needs of the SPD.

So it is not surprising that this body, which should be set up immediately, still does not exist today. "

In contrast, the SPD parliamentary group made it clear that it attaches great importance to the commission.

This is "a central building block to prepare the modernization of our electoral law and parliamentary work in the next electoral period with the involvement of experts," said the First Parliamentary Managing Director Carsten Schneider of the dpa.

"The commission is also an offer to the opposition to find their way back to a broader consensus."

At the end of August 2020, the Union and the SPD agreed in a difficult compromise to reform electoral law to reduce the size of the Bundestag in two steps.

With their votes, the federal electoral law was changed accordingly on October 8th.

In the first stage for the federal election in September, only minor changes were made to the electoral law.

Critics rate this as largely ineffective.

Even Bundestag President Wolfgang Schäuble (CDU) did not vote in favor of the election law amendment at the time.

This also includes that for the second, larger stage, a reform commission should make proposals by June 30, 2023 - including for questions such as voting age from 16 years, an extension of the electoral term and equal representation of women and men in the Bundestag.

The Federal Electoral Act also states: "The details are regulated by an appointment resolution to be passed immediately by the German Bundestag."

However, this does not exist to this day.

Now the commission is no longer making any sense, said Haßelmann.

The Green politician pointed out that the Bundestag will only meet for six weeks before the summer break.

"A commission could no longer seriously start its work at all."

It would have to be reinstated by the next Bundestag.

“The reform commission probably serves the coalition to appease the critics in its own ranks.

All in all, an absolutely failed electoral reform. "

Buschmann's assessment was similar: “Everything that the grand coalition has made on the right to vote so far is a great disappointment.

It has not eliminated the danger of an XXL Bundestag in the coming legislative period. "

The solution would have been to reduce the number of constituencies appropriately.

"That would have dampened growth in size in three ways: fewer direct, overhang and equalization mandates," said the FDP politician.

Amendment of the Federal Election Act