The death of the Queen of England’s husband looks back on his life, which almost spans a century

China News Service, April 9th. According to foreign media reports, Buckingham Palace announced that Prince Philip, the husband of Queen Elizabeth II, died on April 9 at the age of 99. The statement said: "Her Majesty the Queen announced with a sad heart that her beloved husband, Prince Philip, and the Duke of Edinburgh have passed away."   As the husband of the Queen of England, he has been one 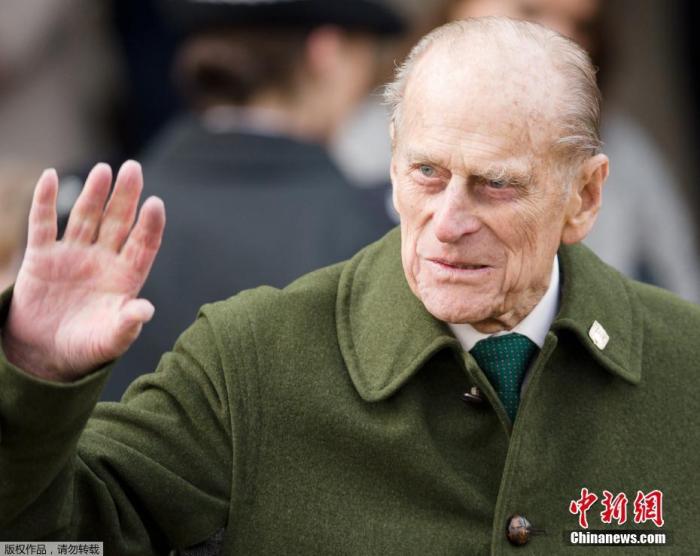 China News Service, April 9th. According to foreign media reports, Buckingham Palace announced that Prince Philip, the husband of Queen Elizabeth II, died on April 9 at the age of 99.

The statement said: "Her Majesty the Queen announced with a sad heart that her beloved husband, Prince Philip, and the Duke of Edinburgh have passed away."

In Prince Philip, these different qualities have accompanied him throughout his life.

His father is Prince Andrew of Greece and Denmark, and his mother is Princess Alice, the great-granddaughter of Queen Victoria of England.

He has four sisters and is the only child in the family.

In 1939, Philip joined the British Navy as an alternate officer and served in the Royal Navy throughout World War II.

On March 21, 1941, he won the Greek Cross of Courage in the Battle of Cape Mattepan between the British and Italian fleets.

After the landing in Sicily in July 1943, Philip was promoted to Lieutenant Commander and was appointed commander of the frigate Magpie.

At the end of World War II, Prince Philip served on the destroyer Cub in the Pacific and witnessed the surrender of Japan on September 2, 1945 in Tokyo Bay.

After the end of World War II, Philip's destroyer took the British prisoners of war in the Far East back home.

Philip at the time wanted to continue his naval career, but his fate gave him a completely different future.

On November 20, 1947, Elizabeth, who was still a British princess, married Philip.

The wedding was attended by 2,000 guests, including 6 kings and 7 queens.

This is also the first British royal wedding broadcast by BBC Radio, which was listened to by 200 million people.

From young couples to old companions, Philip has been with him for many years in the coronation anniversary celebrations and birthday celebrations of the Queen of England, as well as important royal and foreign affairs activities.

The downfall prince married to the princess

In 1934, 14-year-old Philip first met the 8-year-old Queen at the wedding of the princesses of Greece and Denmark and Prince George.

Five years later, when King George VI visited the Royal Naval Academy, the highly regarded young officer Philip was selected to accompany Princess Elizabeth on a tour of the school. At the time, Prince Elizabeth, who was still the first heir to the throne, became "love at first sight" for Philip.

Since then, Elizabeth and Philip have kept correspondence and met many times.

In the summer of 1946, Philip proposed to Elizabeth. She was well protected since she was a child, and the princess, who has always been a mature and respectful princess, agreed without asking her parents.

However, Prince Philip had nothing but military merit. He was neither British nor belonged to the Church of England, and he did not even have a surname.

So although he liked Philip, the princess’s father George VI opposed his daughter’s choice of such a husband.

In the end, the king agreed to Philip's love affair with his daughter, but he asked the princess to marry only after he turned 21.

On July 9th that year, Philip and Princess Elizabeth announced their engagement.

Philip therefore gave up the title of prince of Greece and Denmark, changed his Eastern Orthodox faith to the Church of England, and changed his mother's surname to Mountbatton.

On July 10, 1947, Elizabeth and Philip appeared arm in arm in front of the Royal Palace and officially announced their engagement.

On November 20 of the same year, they were married at Westminster Abbey.

In this way, Elizabeth gave Philip a stable family, a top-notch environment, and a few years later, made him the "man behind the queen."

The picture shows Buckingham Palace lowered its flag at half mast in mourning.

In 1952, the news of King George VI's death passed to the couple who were on vacation at the Sagana Hotel in Kenya.

Philip told the current queen the sad news of the king's death.

Distraught, Elizabeth returned to England, accompanied by her husband Philip, and inherited the throne.

At the queen's coronation ceremony, Philip swore allegiance and became the first subject to kneel to the new queen.

Since then, he is no longer the promising officer of the Royal Navy.

He is considered the "busiest" member of the British royal family.

According to statistics from Buckingham Palace, Prince Philip has completed 737 overseas visits alone, has been to more than 170 countries, has delivered more than 5,000 speeches, and attended 22,219 public events alone.

So much so that on the day before his retirement, when he attended the unveiling event of the London Cricket Ground, he joked that he was "the most experienced unveiler in the world."

1. He is the fifth royal husband in British history.

2. In May 1961, he became the first member of the British royal family to be interviewed on television.

3. He took two global voyages on the Royal Yacht Britannia.

4. He was once known as the best cricket player in the UK. He is also a photographer and a talented oil painter. Many of his works have participated in exhibitions.

6. He established the Duke of Edinburgh Award.

Since 1956, more than four million young people from 90 countries have participated.

9. The Queen’s gallery in Buckingham Palace was rebuilt on the proposal of Prince Philip.

10. Prince Philip took a taxi commonly seen on the streets of London to attend the meeting without being recognized.