Queen Sofía receives the second dose of the covid vaccine 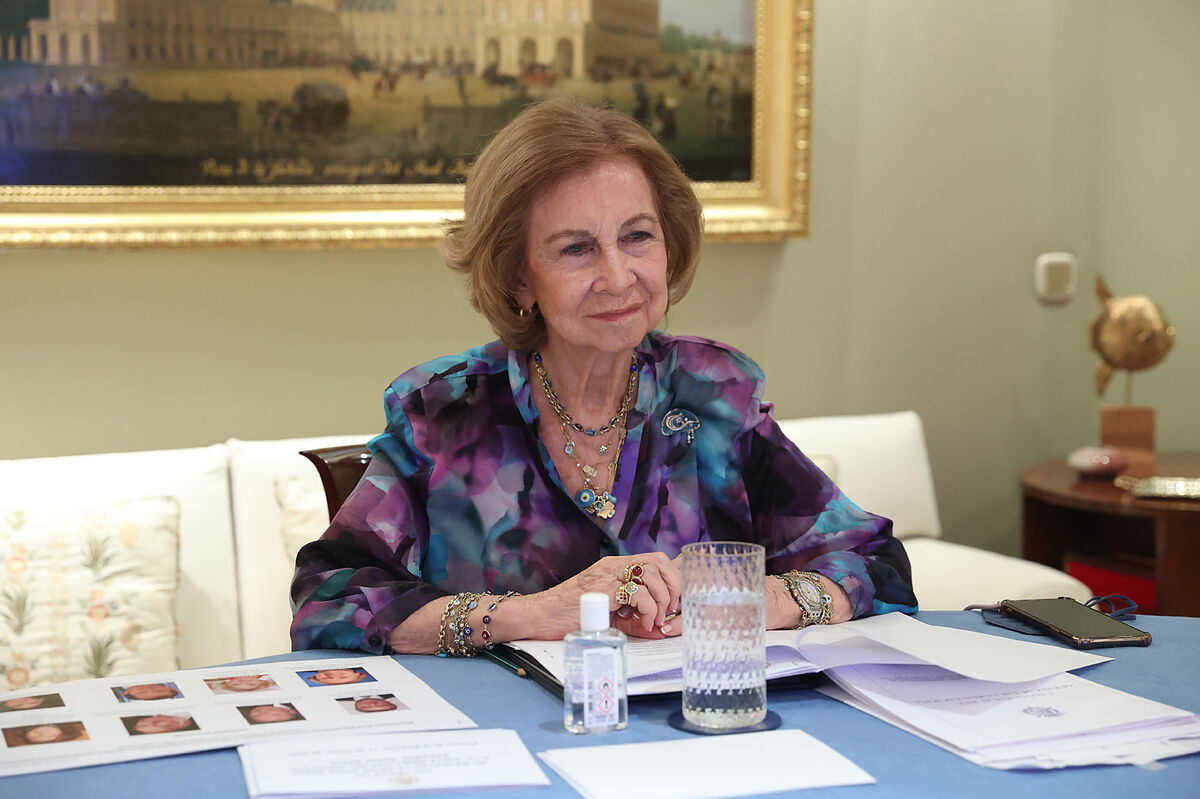 Felipe VI's mother has appeared this Friday, April 9, at the corresponding health center, where they have given him the second dose of the vaccine.

Around two in the afternoon, Don Juan Carlos's wife arrived at the Fuencarral-El Pardo clinic, where

had received the first dose of immunization.

Doña Sofía, dressed in a navy blue suit jacket and matching high-heeled boots, smiled at the press waiting for her there.

It was on March 16 when Zarzuela reported the vaccination of the King's mother.

At that time it was announced that no

images of the moment would

and it was reiterated, once again, that Don Felipe and Doña Letizia would not be vaccinated until they were called from their health center, something for which there is no date, given the age of the Kings and their lack of previous pathologies.

waited her turn in the queue

of the Spanish, something that her daughters, the Infantas

Cristina, did not do

They received the first dose of the vaccine during a trip, last February, to Abu Dhabi.

Although the sisters of the King did not remove any vaccines from the Spanish, their decision was very controversial.

They defended themselves stating that they did it to be able to visit their father more calmly.

Doña Sofía's vaccination coincided with the death of her uncle, Felipe de Edimburgo, with whom she had a very close relationship.

However, it is currently unknown whether the King's mother will move to the UK for the private funeral of Elizabeth II's husband.

For now, Doña Sofía will

in a telematic meeting with the Spanish Parkinson's Federation.

Covid-19 This is how the Royal House adapted in the first confinement: 70 days of work and a crisis of Felipe VI