In recent months, there has been an increase in the number of vandalized bus shelters in Jönköping County. This is a problem that has been recurring for several years. The main problem is vandalism such as graffiti and broken glass. 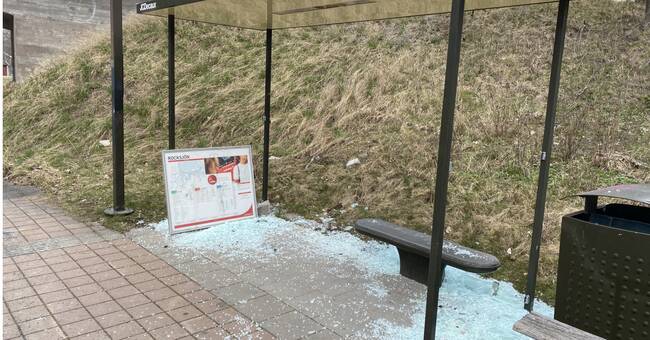 Vandalism of bus shelters in Jönköping County has increased in several of the municipalities in recent months.

Many glass panes at various bus stops have been smashed or scribbled down.

- It comes and goes in installments, but it is usually on the same routes that it occurs, says Görgen Olofsson, unit manager for street, forest, park and planning at the technical office in Jönköping municipality.

He explains that the vandalism costs the taxpayers just under a million every year, money that could go to other things.

The number of vandalisms has not only increased in Jönköping, but also the municipality of Nässjö has seen a clear increase in the past month.

- We have seen a large increase in both graffiti and broken windows in bus shelters recently.

People have snatched safety hammers from the buses to use to break the glass panes at bus stops, says Jonas Funkquist, traffic engineer in Nässjö municipality.