Three watchmakers in central Stockholm - Rob Engström, Luxury Watches and Nymans Ur 1851 - are forced to pay sanction fees of several million for not following the Money Laundering Act. This is stated by the administrative court in recently handed down judgments. 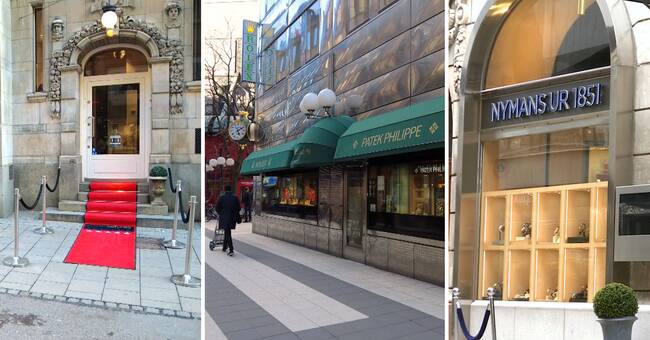 To stop money laundering and terrorist financing, stricter controls on cash payments have been introduced.

The company must, among other things, secure who the customer is and where the money comes from.

The County Administrative Board of Stockholm is one of the supervisory authorities responsible for certain checks of suspected money laundering.

- There are criminals who for financial purposes try to launder money white by buying watches in cash, says Helena Remnerud who is unit manager for the supervisory department at the County Administrative Board in Stockholm.

The Administrative Court has recently ruled against the three watchmakers:

The court writes in the judgments that the obvious shortcomings are serious, as the handling on the part of the companies has significantly increased the risk that the companies' operations will be exposed to money laundering or terrorist financing.

Nobody wants to appear in a TV interview

None of the companies have wanted to appear in an interview, but the CEO of Nymans Ur, Charlotta Eriksson, responds in an email to SVT:

“We take the fact that the county administrative board does not consider that we fully meet the requirements imposed on us in accordance with the Money Laundering Act very seriously.

We have taken their decision so seriously that we immediately (when the decision came) stopped handling cash in the company. ”

The judges have been appealed to the Court of Appeal and it is now up to the higher instance to grant leave to appeal.