Britain's Queen Elizabeth II's husband Prince Philip has died, according to Buckingham Palace. He was born as a prince of Greece and Denmark, served as an officer during World War II and would stand by Queen Elisabeth's side for over 70 years. Prince Philip fell asleep peacefully in Windsor Castle at the age of 99. 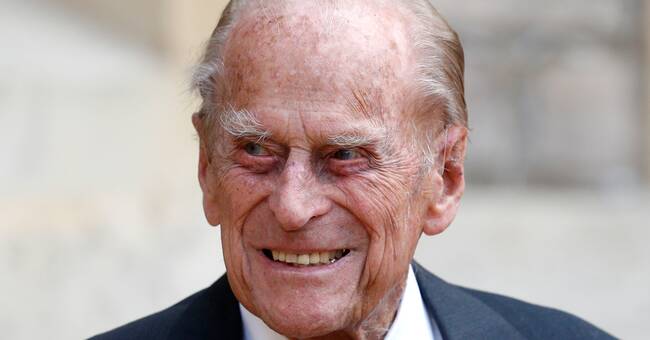 Prince Philip was born in 1921 on the Greek island of Corfu as Prince Philippos of Greece and Denmark, as part of the Danish-Greek royal family Schleswig-Holstein-Sonderburg-Glücksburg.

But it would not be an easy start in life.

Only 18 months old, the prince and his family were forced to flee after his uncle, King Constantine I of Greece, was overthrown in a revolution.

The British navy brought the family to safety and Prince Philip was carried on board an orange box.

The escape led the family to Paris, where Prince Philip began his schooling.

Unlike his sisters who were to marry high-ranking Nazis, the prince chose to take a different path and joined the British navy in 1939 at the age of 18.

That same year, he began exchanging letters with the then 13-year-old Princess Elizabeth.

But it would take four years before the relationship became public.

Meanwhile, the prince served as an officer during World War II until Japan's capitulation in 1945.

Received the title of Duke of Edinburgh

Her career in the navy continued but had to be abruptly interrupted in 1952 when Elisabeth assumed the British throne.

The prince's task was instead to accompany the queen on her missions and state visits.

Together they have children Charles, Anne, Andrew and Edward.

In 2017, Prince Philip and Queen Elizabeth celebrated 70 years of marriage.

Marriage is the most enduring in royal history.

Earlier that year, the prince chose to resign his royal duties and retire, 96 years old.

During his life, Prince Philip made two world voyages that had a great impact on him.

One of his trips led him to Antarctica, where he became interested in the environment and nature conservation.

From its inception and for 35 years, the prince was active in the World Wide Fund for Nature, where he had the role of chairman of the board during 1981–1996.

Prince Philip, the British Queen's husband, has died at the age of 99.