The Swedish rally leaves a big void when the event moves to Umeå. But in the long run, Fredrik Larsson (M), chairman of the regional board in Region Värmland, hopes that new major events will find their way to the county. - It is an important work to make Värmland an attractive region that is interesting to visit, he says. 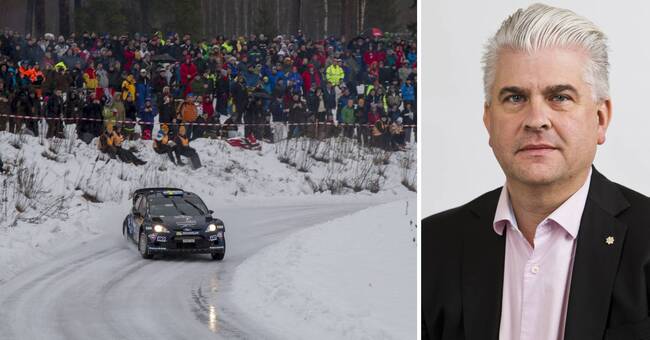 Region Värmland has propagated to the last that the Swedish rally would stay in Värmland in collaboration with Dalarna also in the future.

That will not be the case.

- It is very boring for Värmland and the people of Värmland, above all I think of all the people who have been involved in the competition.

Of course, many are sad now, but at the same time it is just to accept that it takes a real winter to have a winter rally, says Larsson.

Larsson believes that the move is a concrete example of climate change.

- We must accept that this type of climate change actually affects our everyday lives.

This is a concrete example of that and something we have great reason to take seriously.

But when the wounds are licked, Fredrik Larsson hopes that other major events will find their way to the county in the future.

He tells more about it in the clip above.

For Region Värmland, this means in concrete terms that they do not have to pay out the 2.3 million kroner in support of the competition that was earmarked for 2022. The two million that should have been paid out in 2021 also never came to rally when the competition was canceled due to the corona pandemic .

On the other hand, the region and the organizing municipalities raised a total of two million kronor, of which 1.2 million came from Region Värmland, to save Svenska Rallyt AB from bankruptcy in the summer of 2020. Fredrik Larsson does not currently know what will happen to that money.