At a time when the new Libyan government feels diplomatic euphoria due to the flock of foreign dignitaries to Tripoli, the need to find a balance point between Turkey and Greece appears to be one of the country's foreign policy challenges. 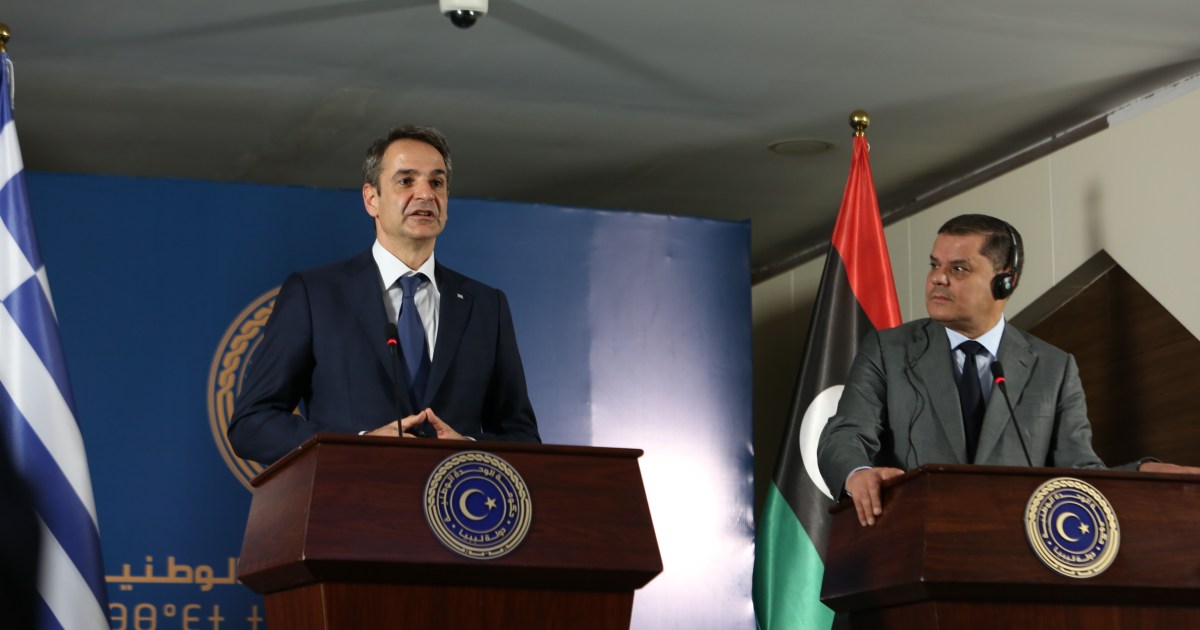 At a time when the new Libyan government feels diplomatic euphoria due to the influx of prominent foreign figures in Tripoli, the need to find a balance point between Turkey and Greece appears to be one of the most acute foreign policy challenges, and the visit of Greek Prime Minister Kyriakos Mitsotakis to the Libyan capital demonstrated the difficulty of this task.

The French newspaper Le Monde said that Mitsotakis called on the new Libyan national unity government, during his meeting with its newly appointed president, Abdelhamid Dabaiba, to end the 2019 maritime agreement signed with Ankara, and said, "Let those who tried to question our relations in the past remain in the background."

The newspaper commented that those who called Mitsotakis to "keep them in the background" were none other than the Turks, who established a real sphere of influence in Tripoli thanks to their military support for the Government of National Accord in the "Battle of Tripoli" between April 2019 and June 2020, and the expulsion of the retired Major General Khalifa Haftar. After the international community abandoned this government, they installed it in power in 2016.

The newspaper said that the head of the reconciliation government at the time, Fayez al-Sarraj, had to, in exchange for this vital support, sign with Turkish President Recep Tayyip Erdogan an agreement to demarcate the maritime borders, which fueled a crisis in the eastern Mediterranean, as the Greek government denounced this agreement, which "completely removes some Greek islands From the map, "such as Crete, Carpathos, and Rhodes.

In response - according to the newspaper - Greece coordinated a diplomatic response by signing an agreement to build the East Med gas pipeline with Israel and Cyprus, with the aim of transporting Mediterranean gas to Europe, which led to one of the worst crises between Ankara. And Athens in their history, especially with the sending of the Turkish seismic exploration vessel Thrones Reis with warships to the disputed areas between the two countries.

The newspaper asked what will happen to the maritime agreement signed between Tripoli and Ankara in the new Libyan context that is characterized by reconciliation efforts between the former belligerents, especially as Athens calls for its end, as Mitsotakis called for "correcting and erasing the mistakes made during the previous stage" and calling on Tripoli to "cancel the documents that are not "Legalism is presented as agreements between states when it has no legal value."

He also noted that Athens and Rome had recently signed an agreement to demarcate their maritime borders and called on Tripoli to follow the same path and "resume discussions on the issue."

The newspaper warned that the Europeans support Athens on the issue of the maritime borders, and a French source said that "the agreement will have legal value only if it is ratified by the Libyan parliament, otherwise it is null and void," noting that the Libyan parliament, which was controlled by Haftar's supporters, did not ratify it. Never on the document, which comforted those who deny its legitimacy.

A European diplomatic source added that the Europeans should bypass the agreement if it cannot be canceled, although it is difficult to ignore this document, which testifies to Ankara's diplomatic penetration in Libya and the growing Turkish influence in Tripoli which is home to the new prime minister, Dabaiba, a businessman with strong commercial ties. With Turkey.

The newspaper concluded Dabaiba's response to Mitsotakis by stressing "the importance of any agreement that can provide appropriate solutions while preserving the rights of Libya, Greece and Turkey," commenting that preserving Turkey's rights may be the limitation of normalization efforts between Athens and Tripoli.