C1: winner in Munich, PSG follows its lucky stars Munich (Germany) (AFP) Paris SG clings to his dream: on the snow-covered lawn of Bayern Munich, defending champion, he achieved the feat thanks to the double of Kylian Mbappé (3-2), to get closer to the half, after the quarter of final first leg, Wednesday. The comeback suffered at Barça four years ago? Erased in eighths. The final lost in August against Bayern? On track to be swept away. PSG v 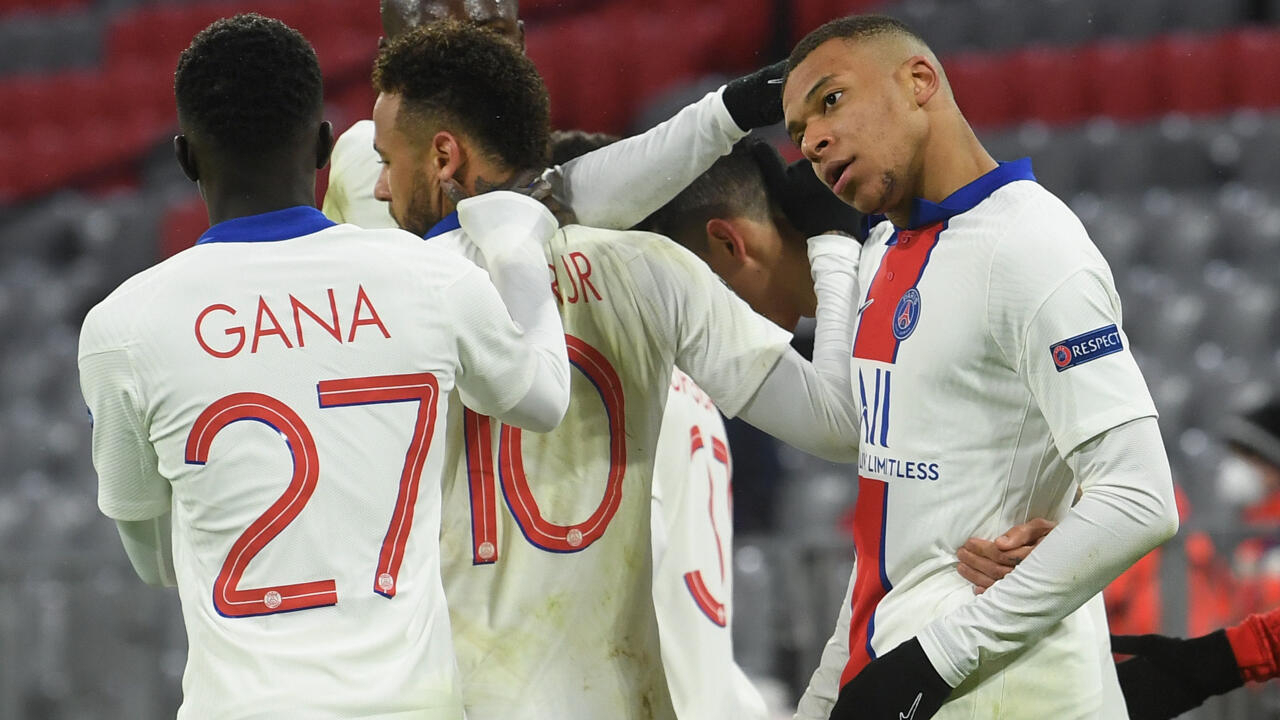 Paris SG clings to his dream: on the snow-covered lawn of Bayern Munich, defending champion, he achieved the feat thanks to the double of Kylian Mbappé (3-2), to get closer to the half, after the quarter of final first leg, Wednesday.

The comeback suffered at Barça four years ago?

The final lost in August against Bayern?

On track to be swept away.

PSG version 2021, revenge, continues to rewrite the history of the club, until then marked by these moments of traumatic "lose".

In Bavaria, he wrote a chapter that his supporters will never forget, such as George Weah's anthology goal in 1994 against the same opponent.

In a team that had not lost in the competition for 19 games, without their midfielder Marco Verratti (Covid-19), Mauricio Pochettino's men have achieved the feat that no French club had achieved at the Allianz Arena since 2009.

The talent of his individualities, Mbappé, Neymar and Keylor Navas, all enormous, and a brazen solidarity when it comes to facing the incessant Bavarian pushes.

Already author of a hat-trick at Camp Nou against Barça (4-1), “Kyky” did it again with two goals (3rd, 68th) which bear the mark of his progress in efficiency.

"Ney", he delivered two assists, while the Costa Rican goalkeeper chained the decisive parries, to disgust the Munich attackers.

- Snow and blunder of Neuer -

Captain Marquinhos, scorer of the 2-0 (28th) goal, also deserves to be mentioned, but his performance was tarnished by his exit from injury two minutes later.

After such a result, not to see the semi-finals would be seen as a failure.

Tuesday, at the Parc des Princes for the return leg, Munich will have to score at least twice, and without its star striker Robert Lewandowski, who assured before the meeting that he would not be recovered in time from his knee injury.

But it will be necessary to be wary on the Parisian side, so much the first leg, animated, delivered big surprises.

The probability that snow would fall on a C1 quarter-final night was as low as that of seeing PSG lead 2-0 on the defending champion's lawn.

It's as unlikely as a blunder by Manuel Neuer, one of the best goalkeepers in the world.

And yet, it all went well, in a first period of an intensity to heat up the icy atmosphere of the Allianz Arena behind closed doors.

Kylian Mbappé and Neymar have turned the rare Parisian outings in the Munich camp into gold, here by a lightning sprint, there by a luminous opening.

The opening scoring is signed "Neybappé", the Brazilian serving the Frenchman whose powerful strike surprised Neuer, who deflected the ball into his net.

At the heart of a new Bavarian push, "Ney" suspended the time for a new exceptional pass, bound for Marquinhos.

The defender, alone, managed a control-strike sequence worthy of an attacker, to double the mark ... on the second Parisian strike.

They were the only ones in the first 45 periods for PSG.

Opposite, Bayern tried everything, and it took a huge Navas, against Kingsey Coman (3rd), Thomas Müller (10th), Leon Goretzka (19th) and Benjamin Pavard (20th) to prevent the reduction of the score.

This one finally intervened in the 37th, by the former Parisian Eric Maxim Choupo-Moting, of the head.

With a goal constructed in the same way, Müller equalized (60th), leaving a reversal of the situation that the physiognomy of the match hinted at.

But Paris, decidedly successful, had the last word, thanks to Mbappé, well launched by Di Maria.

On Wednesday, PSG had a lucky star above their head.