It was initially a storm in a glass of water which gradually turned into a controversy and a quasi-diplomatic incident: during the visit to Turkey of the President of the European Council, Charle ... 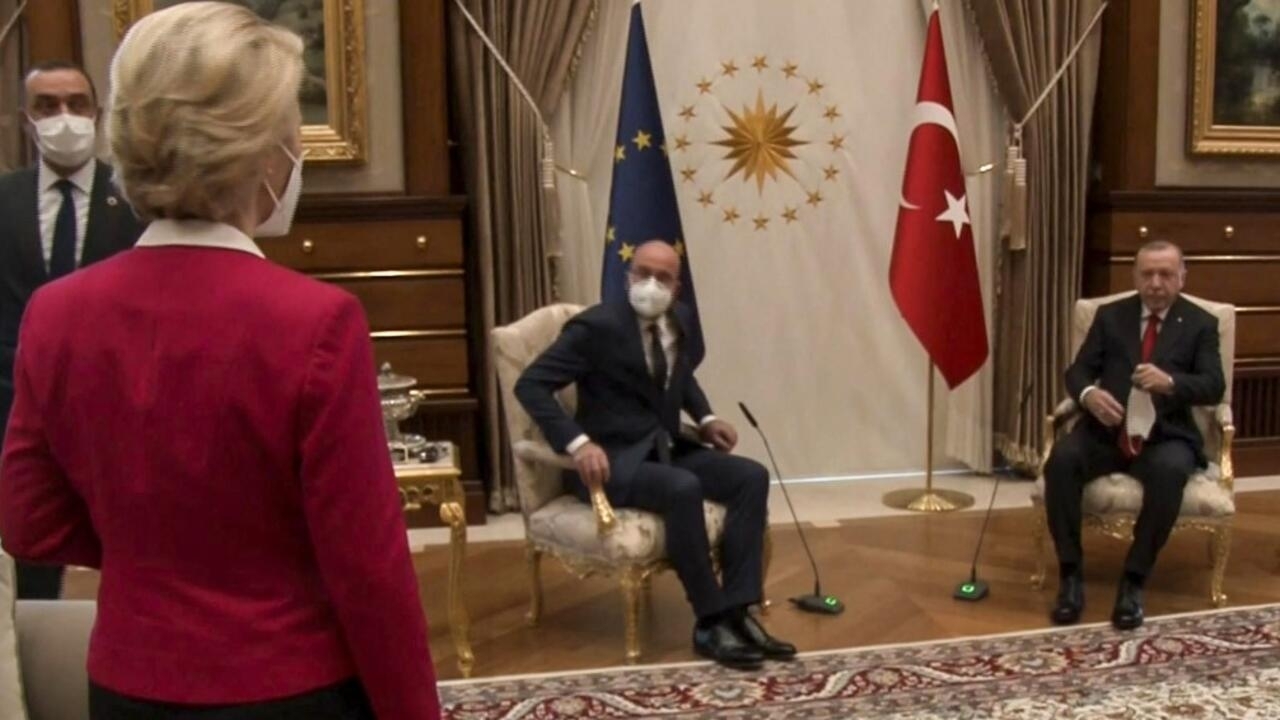 An excerpt from the video released by the Turkish Presidency when the two EU leaders arrived in Ankara for their meeting with Recep Tayyip Erdogan.

Misogyny or snub, comments are going very well in Europe, especially on the occasion of a visit where Europeans denounce Turkey's withdrawal from the Istanbul convention against violence against women.

The arrival of the two European leaders in the protocol rooms of the Turkish presidency was filmed and we see Ursula von der Leyen emit a "hum" of spite and disapproval noting that only one seat has been planned for Charles Michel in next to Reçep Tayyip Erdoğan and that she will have to sit further on a sofa.

"The Commission president was clearly surprised, that's something you can see from the video" pic.twitter.com/wsfL70qVQm

The president was clearly surprised, but whatever her surprise, she preferred to give priority to substance over questions of protocol or form,"

Usually, when she goes to a foreign country, she is treated in exactly the same way as the President of the European Council would be.

The incident caused a lot of noise within the European institutions.

In the European Parliament, deputies accuse Charles Michel of having acted laughable by not offering the place of honor to Ursula von der Leyen.

Turkey will always be able to stress that in reality the EU grants the president of the commission a protocol rank lower than that of the president of the council, the fact remains that the scene seems to clearly demean Ursula von der Leyen and therefore the Commission, which can very well be seen as a sign of contempt for the European Union.