Werder Bremen prevented another DFB Cup coup from Jahn Regensburg. The Hanseatic Bundesliga club wins the second division 1-0 and is the last club to make it to the semi-finals. 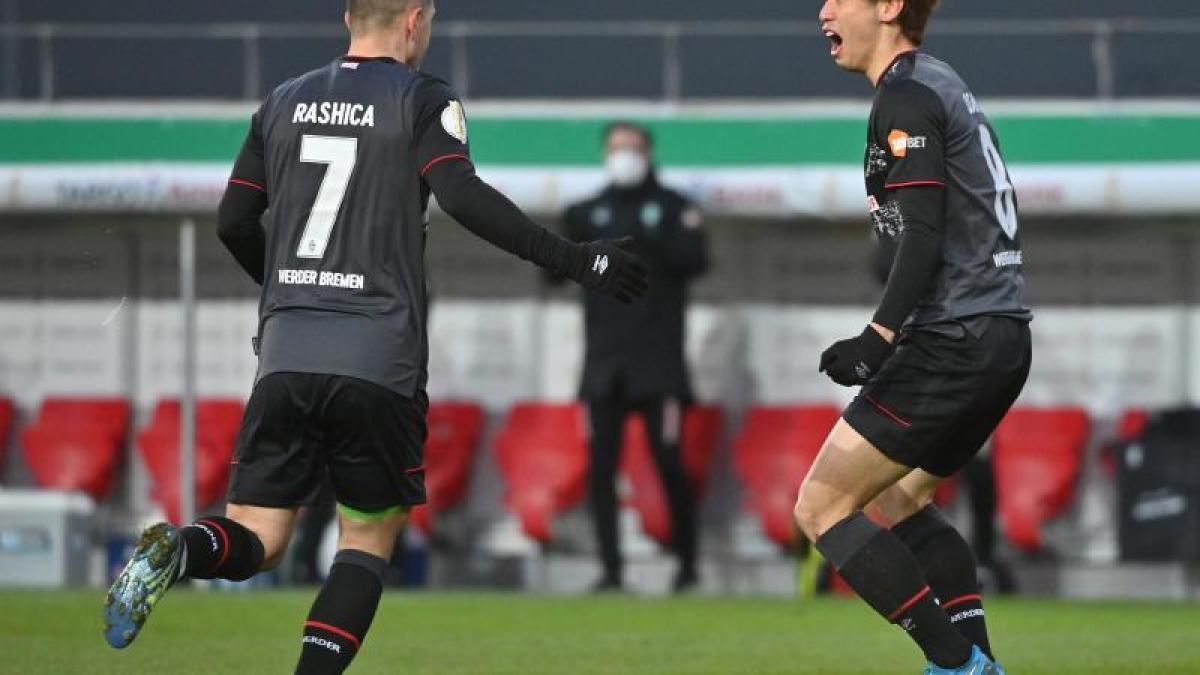 With his decisive goal for the 1-0 (0-0) success at Jahn Regensburg, the Japanese (52nd minute) shot the Bundesliga club in the round of the last four.

The defensive specialists from the north ended the trophy trip of the second division team in the frosty Upper Palatinate and can even dream of their seventh cup coup.

The combative strong Regensburg, who had trembled through the previous rounds on penalties for the first time up to the quarter-finals, can now concentrate fully on the fight to stay relegated.

It was only in the final phase of the quarter-final game that Jahn pushed for the equalizer.

Werder survived the phase with luck and remained without conceding a goal in the fourth knockout duel of the season.

“It was okay for a long time.

Then we made it even more exciting - unnecessarily, "said Werder coach Florian Kohfeldt on Sky TV.

"But I think everyone can sleep peacefully in Bremen today."

His Jahn colleague Mersad Selimbegovic was understandably disappointed: "We showed too much respect at the beginning and then got a cheap goal."

In the semifinals on April 30, Werder could book the first final trip to Berlin since 2010 against Bundesliga runners-up RB Leipzig.

Werder absolutely wanted this sense of achievement in the cup game that was postponed at the beginning of March after several Corona cases in Regensburg.

After all, there should also be a boost for the Bundesliga, in which the heavyweights Leipzig and Dortmund are initially waiting to stay in class in the groundbreaking weeks.

For a short time, Bremen had to do without defender Ömer Toprak, who had traveled but had to sit out with back problems.

Josh Sargent replaced Niclas Füllkrug in the storm, who was missing due to a broken toe.

Bremen had play advantages, but Regensburg was very organized defensively.

Werder lacked the pace to reveal gaps in the cover.

There were almost no warm-up opportunities for keepers Alex Meyer and Jiri Pavlenka.

The second half immediately picked up speed.

With a centimeter-long, long ball, Marco Friedl took the Oberpfälzer completely by surprise, Osako picked up the ball with his chest and completed the turn.

"I hope people see the value it has," said Kohfeldt of the often criticized Japanese.

In the 66th minute, Osako failed with the decision in front of Meyer.

The Regensburg countered it.

In the attack, however, they found no means against the safe Werder defense for a long time.

Only in the final phase did it wobble alarmingly.

Especially in the 89th minute it got turbulent in the Bremen penalty area, but the guests were able to hit the ball off the line with their combined forces.