FHM: EMA's announcement does not change the recommendations in Sweden

The EMA has confirmed a link between the rare cases of blood clots and Astra Zeneca's vaccine. In Sweden, there will be no immediate change in how the vaccine is used, but the Swedish Public Health Agency and the Medical Products Agency will now review the EMA's data. 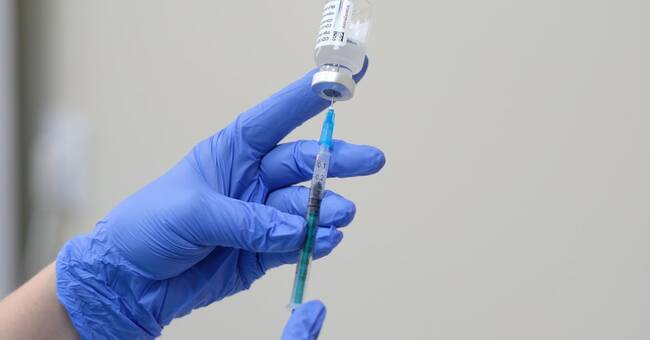 The European Medicines Agency (EMA) on Wednesday confirmed a link between the rare side effects and Astra Zeneca's vaccine.

The rare cases of blood clots are now classified as a side effect, but the authority believes that the side effects are so rare that the benefits of the vaccine still outweigh the disadvantages.

It is up to each EU country to decide how to use Astra Zeneca's vaccine.

In Sweden, vaccinations were resumed with Astra Zeneca's vaccine on 25 March for people over the age of 65, and the Swedish Public Health Agency is responsible for how the vaccine will be used in the future.

- What we have heard now from EMA is completely new to us so far, it does not change anything in the recommendations we have since March 25, said Sören Andersson, vaccine manager at the Public Health Agency, at a press conference with the Medical Products Agency on Wednesday.

A death in Sweden

Over the next few days, the Swedish Public Health Agency and the Medical Products Agency will familiarize themselves with the details of EMA's documentation.

Among 252,000 vaccinated with Astra Zeneca's vaccine in Sweden, two cases with the rare side effects in the form of blood clots and low platelet counts have been reported.

One of the people died, a previously healthy woman, according to the Medical Products Agency.

The Medical Products Agency announced at the press conference that it expects somewhere between a case of 10,000 and a case of 100,000, and emphasized several times that these are very rare side effects.

Within the EU, according to the EMA, there are 86 cases with serious side effects until 21 March, after approximately 34 million vaccinations have been carried out.

The UK has decided that everyone under the age of 30 should be offered alternative vaccines due to the risk of blood clots.

A similar message was not given by the Swedish Public Health Agency and the Medical Products Agency at today's press conference.