Covid-19: in Denmark, the "corona passport" makes its debut to reopen the country

Two months ago, Europe 1 looked into the development by Denmark of a `` coronapas '', an application that allows users to find out whether they are vaccinated or negative for Covid, prior to their entry. in a restaurant or stadium. On Tuesday, this device really entered into force in this country. 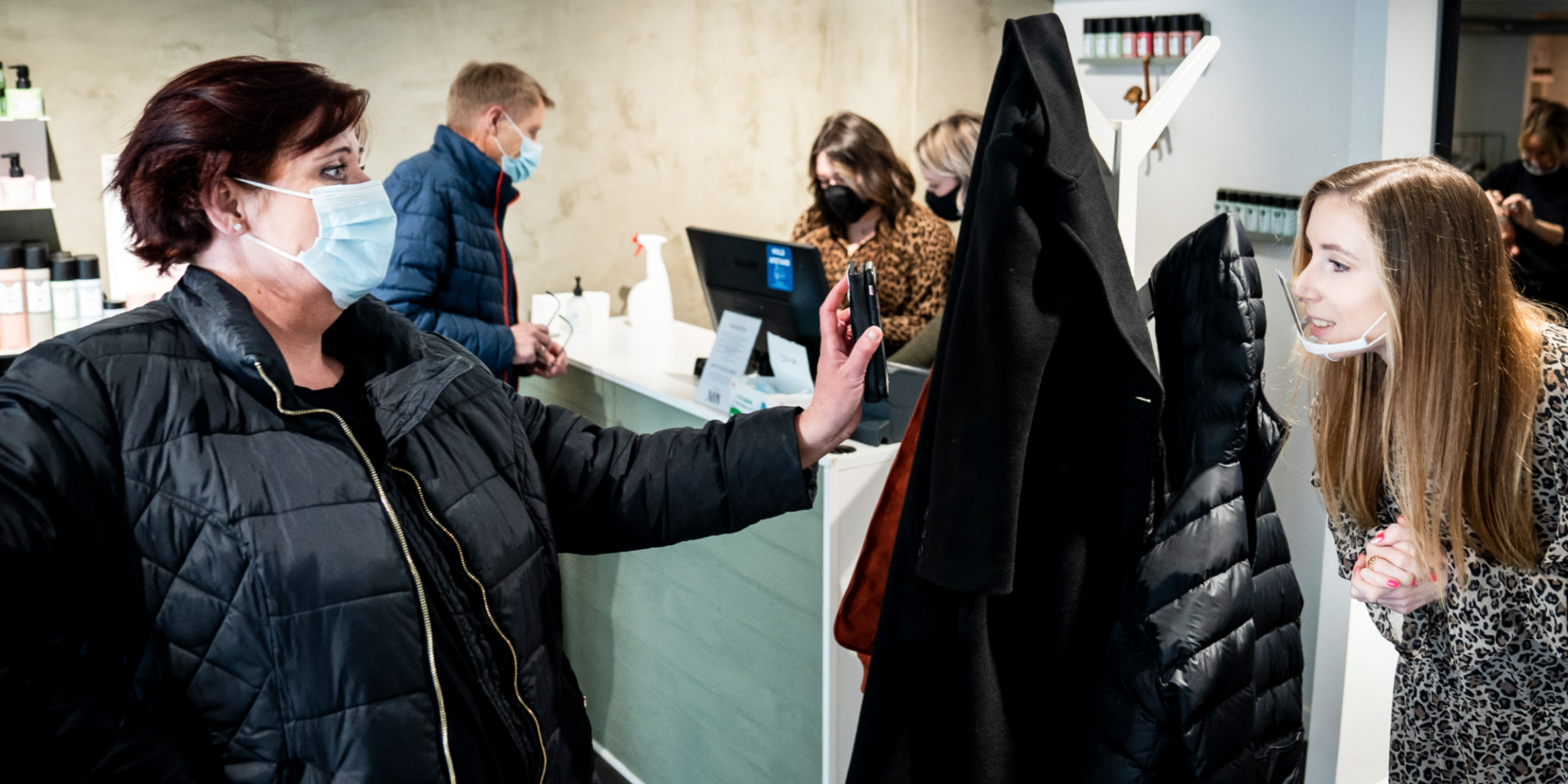 Two months ago, Europe 1 looked into the development by Denmark of a "coronapas", an application that allows users to find out whether they are vaccinated or negative for Covid, prior to their entry into a restaurant or stadium.

On Tuesday, this device really entered into force in this country.

After crossing the door of the newly reopened hairdressing salon, Rune Højsgaard brandishes his "coronapas" on his phone: among the first in Europe, Denmark on Tuesday began using its Covid-19 "passport", the key to a gradual reopening of the country by the end of May.

Available via a secure application as well as in paper format, this device currently allows entry into certain small businesses, such as hairdressers, beauty salons or even driving schools.

Europe 1 had followed the development of this type of vaccination passport two months ago.

Covid-19: follow the evolution of the situation Monday April 5

"I've been waiting for three months to have my hair cut," Rune Højsgaard, a 42-year-old computer scientist, told AFP, delighted to be able to return to the salon.

"I did a test on Saturday, it is valid until this afternoon. I usually get tested once or several times a week so it's not really a problem for me," explains he does.

After nearly four months of closure, Pernille Nielsen, the hairdresser, is "excited" to find her clients.

"We have waited for this reopening for so long! Now we are doing everything we can to be able to reopen and if this is what (the coronapas) must be done, then we do it", summarizes the manager of the show, counting on the cooperation of customers, who rushed to book reservations as soon as they opened at the end of March.

Denmark is one of the first in Europe to set up the system, as the European Commission is working to launch a digital "green certificate" to circulate freely again in the EU.

In the Scandinavian country, the "coronapas" is not currently used for travel, although the government intends to do so in the long term.

On the other hand, it will be compulsory to access the terraces which are scheduled to reopen on April 21, then in restaurants, museums, theaters and cinemas from May 6.

The almost general reopening is it envisaged on May 21, date chosen because it must correspond with the end of vaccination of the more than 50 years.

The "coronapas" is provisional, assure the Danish authorities, but should remain in force until the entire Danish population has had access to the vaccine, in theory during the summer.

Entrepreneurs who do not require the presentation of the "coronapas" will be liable to a fine of a minimum of 400 euros - up to 6,000 euros in the event of a repeat offense, the justice ministry said.

For customers, the fine will be around 330 euros.

On Saturday, the anti-restriction movement "Men In Black" is organizing a new demonstration in Copenhagen whose slogan is against the "coronapas".

For traders, it is also a new cap that many would have gladly done without.

"It is an unreasonable responsibility to impose (this control) on a small trader. It would have been much better if, for example, the police made inspection visits, like the controllers in the trains", estimates Jakob Brandt, director of the SME federation SMVdanmark, in an interview with the daily Politiken.

Middle school and high school students who partially return to their schools from Tuesday are not subject to the "coronapas" requirement, but regular screening is strongly recommended for all students over 12 and the teaching staff.

In Denmark, one of the European countries with the highest capacity, more than 300,000 tests can currently be carried out on a daily basis.

Some 7% of the 5.8 million people in the Scandinavian country have been fully vaccinated - and 13.3% have received a first dose.