The nuclear file .. Iran is about to present a list of the sanctions to be lifted, and Russia offers to facilitate communications

Iran said that it will present during the meeting of the nuclear agreement committee in Vienna tomorrow a list of all the sanctions that must be lifted, while Russia has offered to facilitate the conduct of indirect contacts between Tehran and Washington during the Vienna meeting. 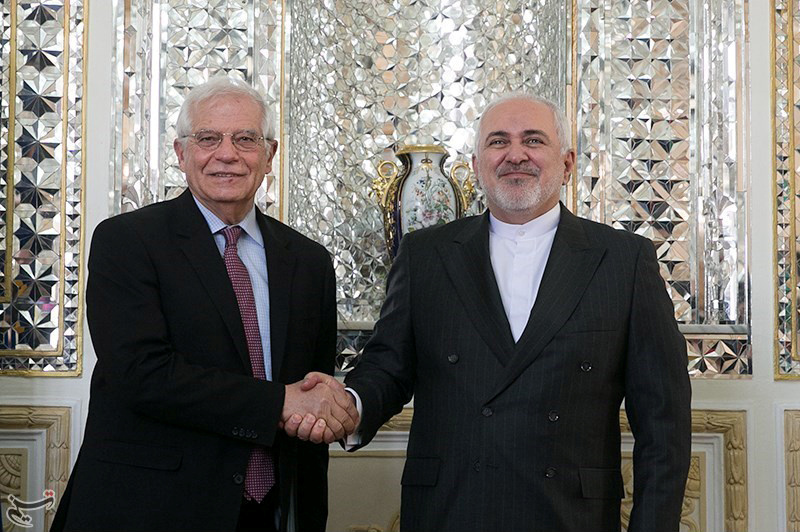 The Iranian Foreign Ministry said that Tehran will present during the meeting of the Nuclear Agreement Committee in Vienna tomorrow a list of all sanctions that must be lifted, while Russia has offered to facilitate indirect contacts between Tehran and Washington during tomorrow's meeting.

Iranian Foreign Ministry spokesman Saeed Khatib Zadeh added that Iran did not propose to work on the principle of step by step - which was proposed by Washington - but rather wanted a complete lifting of all sanctions, and Zada ​​reiterated Tehran's refusal of any direct negotiations with Washington during the Vienna talks.

And Abbas Araqchi, Iranian Assistant Foreign Minister stressed yesterday that the Vienna talks will be limited only to the "1 + 4" group (meaning the signatories to the nuclear agreement except for America that withdrew from it), and will be technical and focus on lifting sanctions, indicating that his country's demands to revive The nuclear deal is clear, and that is the lifting of sanctions and Washington’s commitment to the agreement.

The Vienna meeting, in which all the parties to the nuclear deal, including the United States, will participate, and will discuss the issue of Washington's return to the agreement, and Tehran's retreat from steps to reduce its obligations under the agreement and lift sanctions.

The signatories to the nuclear deal, along with Iran, are Russia, Britain, China, the United States, France and Germany.

On Saturday, Iranian Foreign Minister Mohammad Javad Zarif said in a phone call with his British counterpart Dominic Raab that his country will abide by its commitments in the 2015 nuclear agreement after verifying that America has lifted the sanctions it imposed on Tehran after withdrawing from the agreement in 2018, as Zarif called European countries to play a constructive role in the Vienna meeting, and to abide by their commitments within the framework of the nuclear agreement.

In a related context, Russia's permanent representative to international organizations, Mikhail Ulyanov, told Russian media that there would be no direct contacts between Washington and Tehran during the meeting of the Iranian nuclear agreement committee in Vienna.

Ulyanov added that Moscow was ready to help facilitate indirect contacts between the two sides when necessary.

Yesterday, the Iranian Deputy Foreign Minister ruled out holding any direct or indirect talks with the United States in the Vienna meeting, and said that this meeting is purely technical.

The US envoy to Iran, Robert Malley, had stated that an agreement could be reached with Iran on the nuclear deal before next June, and indicated in an interview with PBS that the possibility of achieving this would diminish with the passage of days.

The US envoy said that the way back to the nuclear agreement will be difficult and arduous due to the amount of time that has passed and mutual lack of trust, but his country's goal is to discuss indirectly with its European partners and others who have held talks with Iran "to see if we can define those steps that will have to be done by the two sides." Taken. "

America had proposed a gradual lifting of the sanctions imposed by the administration of former President Donald Trump after withdrawing from the nuclear agreement in exchange for Tehran's return to abide by its commitments in the agreement, which Iran rejected.