Two decades ago, María Galiana began to win the affection of all viewers for her role as grandmother Herminia in the series Tell me how it happened, the longest-lived of ... 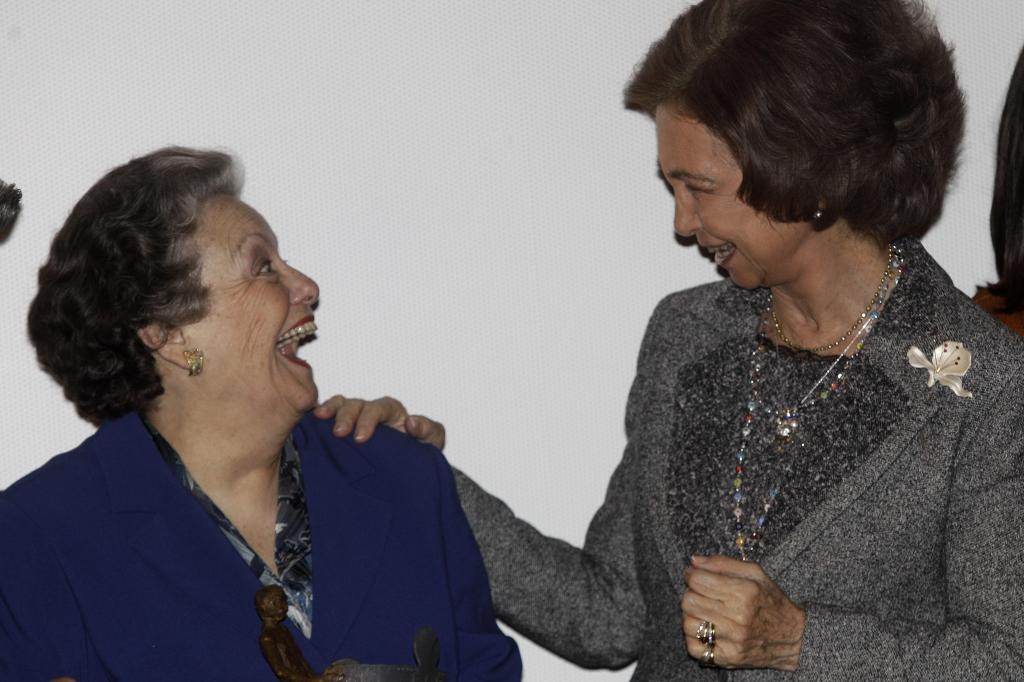 By the way, being the grandmother of Spain feels terrible to her.

He likes to cook, but cleaning and putting in washing machines is another story.

The best money invested has been to pay someone to do all the cumbersome household chores and, above all, because

they do not want to depend on their children.

She has always defined herself as an

, loyal, with character, very generous, hard-working, with a devilish temper and not at all affectionate,

even with her children.

At 25 she married Rafael, also a teacher like her, whom she

And at 33 she already had six children.

One of the most important people of her childhood was her

, who welcomed her into her home until she was 11 years old so that the penalties caused by the Civil War could get along a little better.

In the street she loved to

so in full maturity she became addicted to soccer and is

a fan of Betis.

He assures that fame does not matter to him,

vanity does not exist in his vocabulary, it

is the antidiva par excellence and he does not get along very well with awards.

She believes that there are vested interests, conspiracies to give them to specific people, to support friends ... It was frustrating for her to

because afterwards she has never played a leading role again, the opposite of what happens with other interpreters to whom admires and who are about his age, like

to whom she must be an actress, although as a little girl she was already pointing out ways because with 10 or 12 years she acted in school plays.

However, before taking the profession seriously,

she graduated in Philosophy and Letters

to teach history and art history in different institutes until

his students told him: "And you go out in the cinema with that glamor?".

The Queen Sofia, during the presentation of the Award for Cinema and Social Values ​​that Galiana received in 2010. Antonio Heredia

The chemistry he has had with his students has been excellent.

He has considered them his friends, to such an extent that on occasion he was a goalkeeper in some football matches between teachers and students.

"Teaching has been my great vocation," he

to promote the play

, in which she stars alongside Juan Meseguer and Jean Cruz.

TelevisionSilvia Abril, a 'restless ass' who found love at work and got pregnant by switching to a healthier diet

CultureAinhoa ​​Arteta and Emiliano Suárez celebrate opera in a garage