Corona policy: "Merkel and Söder could have had that long ago"

Horst Seehofer speaks out in WELT AM SONNTAG for nationwide uniform corona rules by federal law. The FDP supports the move - but still has to be surprised. Seehofer, Merkel and Söder have to take criticism. 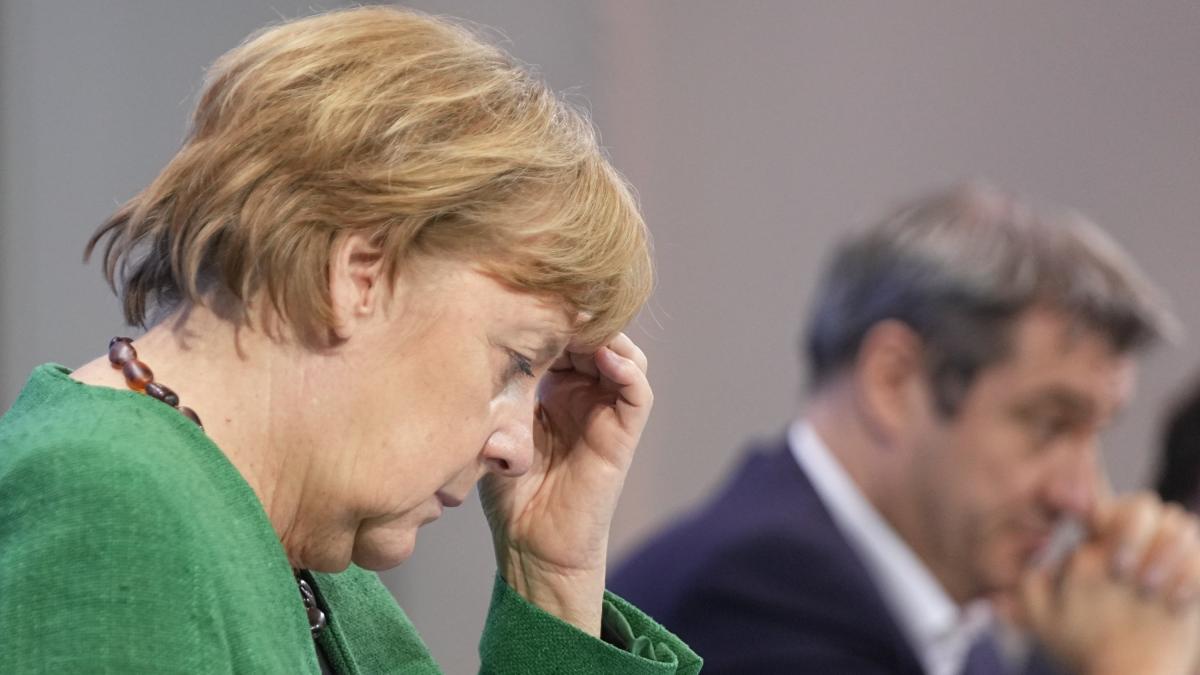 The FDP has backed the Union's push for uniform corona rules by federal law - and held up the CDU / CSU to have taken up proposals from the liberals.

"Merkel, Seehofer and Söder could have had all of this long ago," said the deputy chairman of the FDP in the Bundestag, Stephan Thomae, of the German Press Agency in Berlin.

“The FDP parliamentary group had introduced corresponding legislative proposals in the Bundestag.” The fact that “more and more voices from the Union are now understanding this need is a belated insight.

But better late than never".

Chancellor Angela Merkel (CDU), CSU boss Markus Söder and Federal Interior Minister Horst Seehofer (CSU) would only take up "what the FDP parliamentary group has repeatedly proposed in various motions and bills in the Bundestag since autumn 2020," criticized the FDP politician.

In November 2020, the FDP applied for a precise definition of which infection situations the health authorities had to take which measures, said Thomae.

In a further draft law from February 2021, the FDP presented a concrete step-by-step plan for a nationwide set of rules with clear "if-then rules" so that an appropriate reaction could have been made on site to the respective infection process.

"Merkel, Seehofer and Söder are now calling for nothing else," said Thomae.

"The inconsistent implementation of the resolutions of the Corona summit would come to an end, the same rules would apply nationwide, and the health authorities would have clear guidelines," emphasized Thomae.

The rules would be debated “in an orderly, public legislative process in the Bundestag between the parliamentary groups, with experts and in public, which creates greater acceptance among the population”.

In addition, “fundamental democratic rights and civil liberties, freedom of occupation and trade, freedom of travel and freedom of establishment would not be decided behind closed doors in a night and fog”, rather the interests of business and society could flow into the legislative process.

"This law should prescribe exactly what steps should be taken with the respective incidence values ​​- from tightening to easing." Such a law could be passed in the shortest possible time.

He told “Bild am Sonntag”: “In order to fight Corona effectively, a uniform nationwide pandemic plan is needed instead of a patchwork quilt with unmanageable rules in the individual federal states.”

The Association of Towns and Municipalities reacted with skepticism to Seehofer's initiative.

It is true that more uniformity between the federal states "would be desirable, because otherwise people can hardly understand the different regulations," said chief executive Gerd Landsberg to the newspapers of the Funke media group.

Regulating this by federal law is no longer an option for the third wave that is currently underway.

A corresponding legislative procedure would require the approval of the Federal Council, "which experience has shown takes several weeks," said Landsberg.

The federal and state governments could also agree on stricter common rules at short notice.

"That would, however, assume that everyone really adheres to the agreements made."

Landsberg called on the federal states to comply with the corona emergency brake as agreed with the federal government.

The infection process is "dramatic".

"The emergency brake must now be implemented consistently."