"They are afraid of high consumer properties": Gunzburg explained why the EU is delaying the admission of "Sputnik V" to the market

Brussels is in no hurry to admit Sputnik V to the European Union market, as they fear that the Russian vaccine may "push" analogs promoted by the European bureaucracy. This opinion is shared by the head of the Gamaleya Institute, Alexander Gunzburg. In early March, the EU Medicines Regulator began the examination procedure for the Sputnik V registration dossier. Meanwhile, Moscow has finished recruiting volunteers for international research on Sputnik Light. 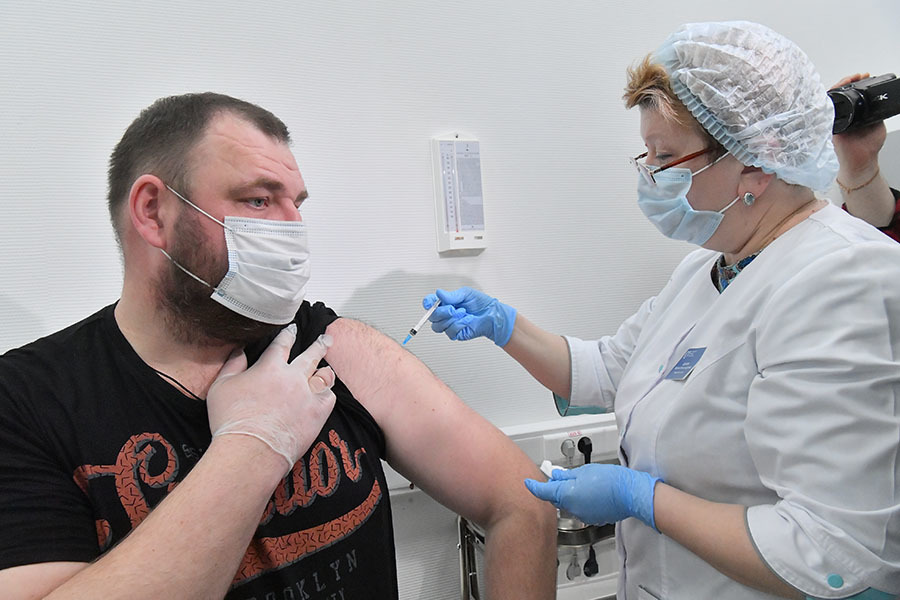 "Sputnik V" can seriously compete with the vaccines against coronavirus infection promoted in Europe, therefore Brussels is delaying the decision on the admission of the drug to the EU market.

This opinion was expressed in an interview with RIA Novosti by the director of the National Research Center for Epidemiology and Microbiology named after Honorary Academician N.F.

“The European Union is in no hurry to bring Sputnik V as a full-fledged commercial product to its market, fearing its high consumer properties, thanks to which it may slightly push back the products that the European bureaucracy is promoting at home,” said Gunzburg.

As a reminder, on March 4, the Committee on Medicines for Medical Use of the European Medicines Agency (EMA) began the procedure for a consistent examination of the registration dossier of the Russian vaccine.

At the same time, the media claimed that Sputnik V is unlikely to receive approval from the European regulator before May.

At the same time, on March 30, the head of the press bureau of the Foreign Intelligence Service (SVR) of Russia, Sergei Ivanov, said that European officials are trying to take urgent measures to discredit the Russian development against COVID-19.

Gunzburg also assured that the Sputnik V vaccination will not negatively affect the health of people who have undergone cosmetic procedures.

We are talking, in particular, about Botox injections and augmentation mammoplasty.

“No relationship has ever been observed for any vaccine product, or for this either.

There are no even theoretical prerequisites for this, ”said the director of the Gamaleya center.

He also stressed that the development of the Gamaleya Research Center for Electrochemistry cannot have any effect on the human genome.

According to him, the drug does not multiply in the body and does not interact in any way with the structure of DNA.

“Therefore, Sputnik V can in no way influence either nucleic acid, or heredity, or any other things associated with a change in our hereditary material,” stated Gunzburg.

In turn, the founder of the private medical network "Invitro", resuscitation doctor Alexander Ostrovsky urged Russian citizens not to refuse vaccination against COVID-19, as this will reduce the likelihood of further spread and the emergence of new strains of infection.

“According to polls, more than half of the population of our country believe that they do not need to be vaccinated.

I cannot call it otherwise than the Middle Ages.

People will be courageously and stoically ill, the virus will spread from one person to another, mutate, change, take other forms, ”he said.

In his opinion, the refusal of vaccinations will result in "dire economic consequences" for the national health system.

According to a study published on April 3 by RBC, 6.93 million people have already been vaccinated with at least one component of the vaccine in Russia.

In Russia, two vaccines have already entered civilian circulation - "Sputnik V" from the NITsEM named after Gamaleya and "EpiVacCorona", developed by the State Scientific Center of Virology and Biotechnology "Vector".

In the near future they will be joined by the vaccine "KoviVac" of the Federal Scientific Center for Research and Development of Immunobiological Preparations named after M.P.

According to Anastasia Rakova, Deputy Mayor of Moscow for Social Development, recruitment of volunteers for international trials of the Sputnik Light vaccine has been completed in the capital.

“In an international study, half of 6 thousand volunteers are in Moscow, the required 3 thousand people in the capital have already been recruited.

They all went through a preliminary examination and received an injection.

The study is taking place on the basis of 10 city polyclinics, ”she said.

On March 22, Health Minister Mikhail Murashko announced the completion of clinical trials of the vaccine.

On March 29, the Ministry of Health of Russia received a dossier for registration of the drug.

Over the past day, 8646 new cases of coronavirus have been detected in Russia.

7052 patients were discharged, 343 people died from complications that developed against the background of COVID-19 and concomitant diseases.

Meanwhile, in the world, the number of confirmed cases of coronavirus infection exceeded 131 million.The largest number of cases and deaths was recorded in the United States of America (30.7 million cases / 555 thousand deaths).

In addition, according to the professor at the University of Minnesota, epidemiologist Michael Osterholm, the fourth wave of COVID-19 is currently underway in the United States.

“I believe that in a sense we are almost in a new pandemic.