Tensions have risen sharply this week with Russia, after renewed fighting in the Donbass for several weeks, which in turn has resulted in a verbal escalation, including… 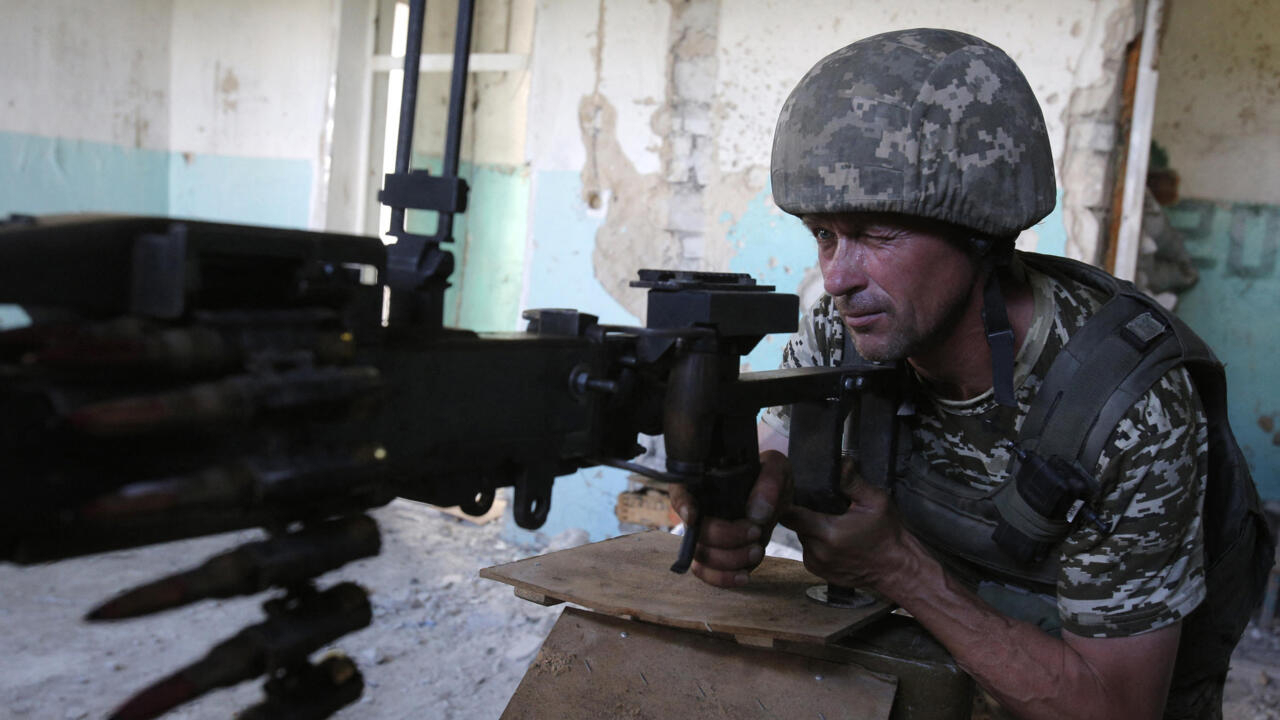 Ukrainian soldier in position in the village of Krymske, June 30, 2020. AFP - ANATOLII STEPANOV

Tensions have risen sharply this week with Russia, after renewed fighting in the Donbass for several weeks, which in turn has resulted in a verbal escalation, between Moscow, Kiev, and now Washington, which is entering dance.

The Kremlin accuses Ukraine and NATO of wanting to relaunch the war in the Donbass, but on the Ukrainian side we are assured that this is not the case, and we are very worried about movements of Russian troops, all along. the Russian-Ukrainian border.

With our correspondent in Kiev

The situation in Donbass is not good.

This Saturday again, a Ukrainian soldier was killed on the front line, bringing the number of soldiers killed to 21, and the number of wounded to 57, since the beginning of the year in eastern Ukraine,

knowing that since the beginning of March 10 soldiers have been killed.

According to the OSCE, between February and March, the number of ceasefire violations increased by 30%.

And what is notorious is that, on the Ukrainian side, the vast majority were killed by sniper fire, and not by indiscriminate bombardments, which is a deliberate strategy on the part of the opposing camp.

It should be remembered that the international press is not allowed to visit the separatist territories, so it is not possible to obtain reliable information on the losses on that side, knowing that in recent weeks, the forces Ukrainian women opened fire on several occasions in response to gunfire, according to the Kiev staff.

heading for the Ukrainian border in several places.

In the north of Ukraine, therefore in the east, reinforcements in men, equipment and fuel were spotted as well as inside the People's Republics of Donetsk and Lugansk, entirely controlled by the Russian army.

But also to the south, where tank units approached the line of contact with

, on the Crimean Isthmus.

would like to regain control of the mouth of the Dnieper, the great river which would allow the Crimea to be irrigated.

I want to be very clear, Ukraine does not want war.

We are not looking for escalation, we are fundamentally committed to a political and diplomatic resolution of this conflict.

We only open fire if there is a threat to our troops on the ground and if they are attacked.

We were satisfied with the comprehensive ceasefire introduced last summer.

Until last December, it worked, but after something changed in Moscow

”, considers for his part, Dmytro Kuleba, the Ukrainian Minister of Foreign Affairs.

We do not carry out any military deployment, or movement of troops with the aim of provoking or launching an offensive, the only movements which take place are the rotations of military units in the Donbass

According to Kuleba, this is the most serious situation since the attack on Ukrainian vessels by Russian military ships in the Sea of ​​Azov at the end of 2018.

Can the situation escalate?

In any case, Russia is playing a very dangerous game.

Indeed, the Russians are looking for the little beast.

They accuse Ukraine and

of wanting to worsen the war and seek to identify a Ukrainian provocation.

Throughout the weekend, Russian state media spread unverified information: for example a Ukrainian drone which allegedly killed a child in the Donetsk region, or far-right radicals attacking the pro-Russian party in Odessa.

As if it was necessary to find a justification for an intervention, a scenario already seen at work in 2014.

However, it should also be understood that Russia is used to this kind of destabilization, and it uses these regional conflicts in its periphery to send messages to the West.

In recent days, Moscow systematically associates Washington with Kiev, in its verbal statements, and it is quite possible that by tightening the noose on Ukraine, Vladimir Putin seeks above all

to test the capacity of reaction of the new Biden administration

on one of the major global geopolitical issues.

► To (re) listen: Russia-Ukraine: "It's a test that the Biden administration is determined to pass"

Russia-Ukraine: "It's a test that the Biden administration is determined to pass"