The administration of US President Joe Biden completely upside down the previous administration’s strict policy toward the Houthis in the civil war raging in Yemen. Former Secretary of State Mike Pompeo classified the Houthis in Yemen, who are supported by Iran, as a "terrorist organization." a 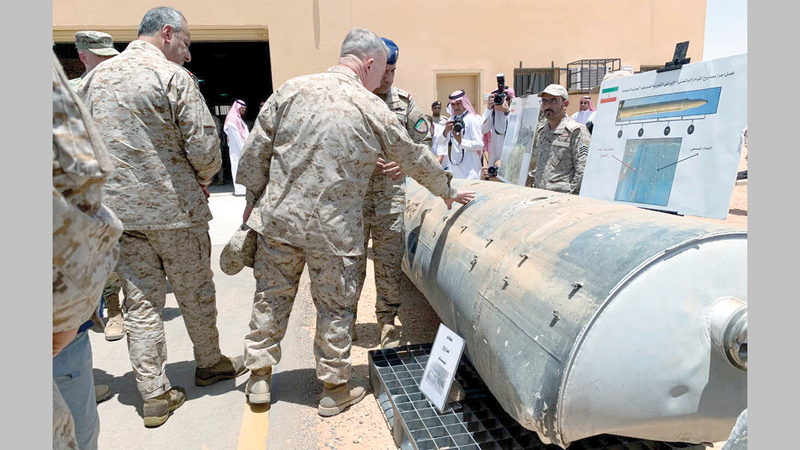 The administration of US President Joe Biden completely upside down the previous administration’s strict policy toward the Houthis in the civil war raging in Yemen. Former Secretary of State Mike Pompeo classified the Houthis in Yemen, who are supported by Iran, as a "terrorist organization." Foreign », last January.

The American strategic analyst for economic affairs, president of the American International Council on the Middle East, Dr. Majid Rafie Zadeh, said in a report published by the American Gatestone Institute that this step was aimed at holding the terrorist group responsible for its actions.

As Pompeo explained, "These classifications will provide additional tools to counter terrorist activity and terrorism by the Houthi group, an Iranian-backed armed group that uses bloody tactics in the Gulf region."

The purpose of these classifications was to hold the Houthi group responsible for its terrorist acts, including cross-border attacks, which threaten the civilian population, infrastructure, and commercial marine navigation.

Rafie Zadeh asked, "Why does the Biden administration remove from the terrorist classification list militias that commit crimes against humanity, recruit children, cause injuries and kill them?"

According to the Human Rights Watch Global Report 2020, “Since September 2014, parties to the conflict have used children under the age of 18, including some under the age of 15, according to a report issued by the United Nations Group of Eminent International and Regional Experts on Yemen. For the year 2019 ».

According to the Secretary-General of the United Nations, Antonio Guterres, of the 3,034 children who were recruited throughout the war in Yemen, the Houthis have recruited 1940 children, equivalent to 64%.

The Houthis are also using landmines to control, deter, and kill civilians in Yemen.

According to a Human Rights Watch report, “Landmines planted by the Houthis throughout Yemen continue to harm civilians and their livelihoods.

Houthi militias use anti-personnel mines, improvised explosive devices, and anti-vehicle mines along the western coast of Yemen, resulting in hundreds of deaths and injuries of civilians.

"Landmines have also impeded aid workers' ability to reach vulnerable communities, and are in dire need of assistance," the organization said.

The use of landmines has been documented in six governorates in Yemen since 2015. Since January 2018, at least 140 civilians, including 19 children, have been killed by landmines in Al Hudaydah and Taiz governorates only.

In its report, Human Rights Watch described former detainees as Houthi officers beat them with iron rods and rifles, and hung them on walls, in a position where their legs were up, their heads down, and their arms tied in contention.

She talked about the demonstrations of the mothers, sisters and daughters of the kidnapped men, in front of the prisons of major Yemeni cities, in search of their kidnapped sons.

Fathers, brothers and other male relatives, the demonstrations were organized by a group called the "Abducted Mothers Association."

The association stated that there are 3,478 cases of disappearance, and that at least 128 of the kidnapped were killed.

Rafie Zadeh added that by removing the Houthis from the list of terrorism and stopping US support to confront the militias, the Biden administration encouraged the Houthis, empowered them, and gave them the green light to act as they wanted.

Rafi`zadeh stated that this situation is likely the reason behind the Houthi movement's escalation of its missile attacks.

According to reports, the Houthis launched more than 40 drones and missiles at Saudi Arabia in the month of February alone.

Western officials have recognized this escalation.

"We are certainly aware of an alarming increase in Houthi cross-border attacks, using several systems, including cruise and ballistic missiles, and drones," a senior US military official, speaking on the condition of anonymity, told NBC News. .

France, Germany, Italy and Britain also condemned the Houthi attack, describing it as a "major escalation of the attacks launched by the Houthis against Saudi Arabia."

It is likely that the advanced drones and missiles used by the Houthi militia came from the Iranian regime, which has recognized that the terrorist group is the official Yemeni government.

According to a United Nations report issued in January this year, there is strong evidence that Iran is the one supplying weapons to the Houthis.

"A growing body of evidence indicates that individuals or entities in the Islamic Republic of Iran are supplying the Houthis with large quantities of weapons and components," the report of a United Nations panel of experts said.

Iran relies most of the time on the sea route to smuggle weapons to the Houthis, as many Iranian arms shipments, destined for Yemen, were previously confiscated.

Rafie Zadeh added that despite mounting evidence of crimes committed by the Houthis, the Biden administration decided to grant the Iranian regime an undeserved political victory.

"Let us hope that the Biden administration will reconsider and stop rewarding Iran for its malicious behavior, and not also endanger the promotion of peace and stability that has finally started taking off in all parts of the Middle East," he said.

• Houthi militias use anti-personnel mines, improvised explosive devices, and anti-vehicle mines along the western coast of Yemen, resulting in hundreds of deaths and injuries of civilians.