Support on demand: why in Kiev announced the development of the "war with Russia" in the framework of NATO exercises

As part of the NATO exercises Defender Europe 2021, "the topic of armed confrontation with Russia" will be worked out, said the representative of Ukraine in the trilateral contact group on Donbass Oleksiy Arestovich. He assured that in the event of an escalation of the conflict, Kiev "will not be ashamed" in the use of weapons, and expressed confidence that NATO will provide Ukraine with military assistance in the event of a hypothetical conflict with Russia. Experts note that, making such statements, Kiev is overly optimistic about the words of support expressed by American politicians. 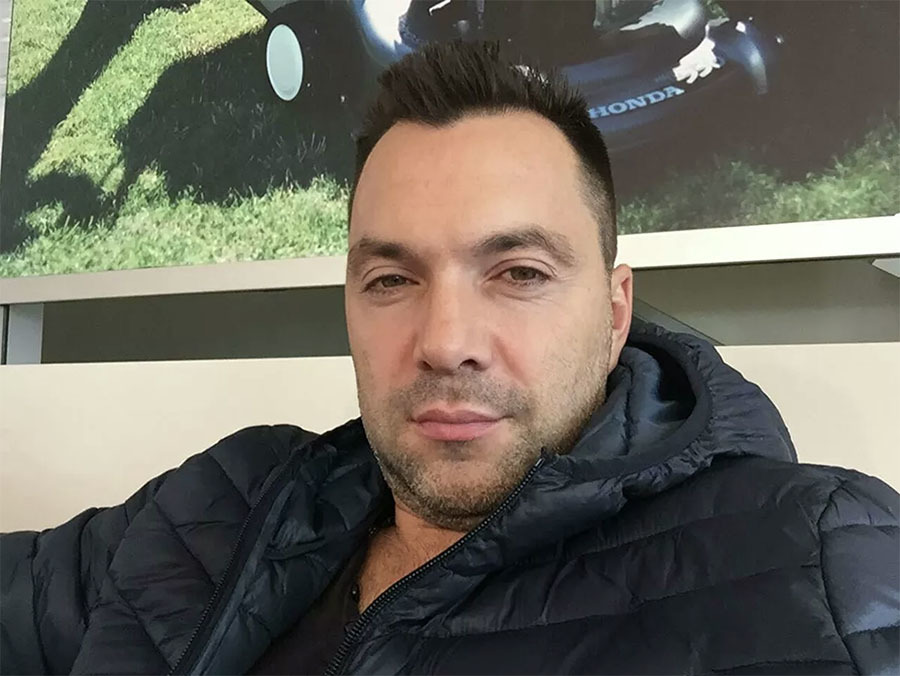 Within the framework of NATO exercises Defender Europe 2021, the scenario of a "war with Russia" will be worked out, said the representative of Ukraine in the Trilateral Contact Group (TCG) for Donbass and a freelance adviser to the head of the office of the President of Ukraine on strategic communications in the field of national security and defense Oleksiy Arestovich.

“Large-scale NATO exercises, which are called Defender Europe 2021, have begun ... Their meaning is: what is being worked out in the water area from the Baltic to the Black Sea - let's put it bluntly - a war with Russia, the topic of an armed confrontation with Russia.

The main focus is the Balkans and Crimea and, of course, everything north of Crimea, ”Arestovich said in an interview with UKRLife.TV channel.

He explained that the active phase of the maneuvers will begin in May, and now preparations are underway - the deployment and transfer of forces.

Speaking about the NATO exercises, the TCG representative drew a parallel with the Russian-Belarusian exercises "West-2021", which are scheduled for September.

According to Arestovich, preparations for these maneuvers allegedly started in March and now, thus, "NATO and Russian exercises actually clashed."

According to Arestovich, the movement of Russian troops can be interpreted either as a background of some kind of "information campaign", or as "preparation for a real exacerbation."

He added that there is a third option: that the exercise itself would be a "strong signal."

Experts note that an attempt to interpret events in a distorted light is a common practice of the Ukrainian authorities.

Deputy Director of the Institute of CIS Countries Vladimir Zharikhin expressed the opinion that, blaming Russia for conducting conventional military exercises, Kiev is trying to present the townsfolk with a picture that is beneficial to itself.

“Ukrainian officials are famous for the fact that any event is viewed from only one angle.

Now they want the Russian-Belarusian exercises to look in the eyes of NATO as some kind of preparation for an attack on Ukraine in order to attract Western support, "said the interlocutor of RT.

In turn, Andrey Suzdaltsev, Deputy Dean of the Faculty of World Economy and World Politics at the Higher School of Economics, stated that with such attacks Kiev is trying to present Russia as an aggressor: “Ukraine adopted this style of rhetoric from the West along with Western ideology.”

Politics instead of diplomacy

During the interview, Arestovich also said that Ukraine "needs to prepare for losses."

According to him, Kiev faces a "terrible choice" between greater and lesser losses.

According to experts, such rhetoric not only hinders the progress of resolving the conflict in southeastern Ukraine, but also contains a substitution of meanings, since Kiev should seek a dialogue with the self-proclaimed republics of Donbass, and not with Moscow.

“Diplomacy and diplomats exist to work out a compromise with the opposing side with maximum benefit to their side.

Only politicians do not want and are not going to conduct a dialogue and find common ground, ”Zharikhin stressed.

Arestovich added that in the event of an escalation of the conflict, the Ukrainian side will “remove the diplomat's toga,” under which “a military uniform will be found,” and Kiev, in his words, “will not hesitate” in the use of weapons, including operational-tactical missile systems.

“There will be guaranteed assistance from the West, and very strong.

Up to the possible establishment of a no-fly zone, ”he said.

Answering a journalist's question whether Kiev can now count on military support from Western countries, Arestovich said that Kiev would not ask, but demand such assistance: "And we know that we will receive this assistance."

According to the representative of Ukraine in the TCG, this can be proved by the exercises Defender Europe 2021, which should be interpreted as a "direct demonstration" to Russia that "there is no need to meddle."

“Because there will be a military response from NATO.

The question of whether the NATO armed forces will engage in direct clashes with the Russian Federation is debatable and unknown.

But that military assistance will be provided in such a way that Russian plans were thwarted and failed in relation to Ukraine, this is unambiguous, ”he is convinced.

According to experts, such optimism in Kiev is based on the recent statements of the American authorities.

The other day, the head of the Pentagon Lloyd Austin talked by phone with his Ukrainian counterpart Andrey Taran.

As stated in the Ukrainian Ministry of Defense, Austin promised Kiev support in case of "escalation of Russian aggression."

"The US Secretary of Defense stressed that ... The United States will not leave Ukraine without help and will not allow the implementation of the aggressive aspirations of the Russian Federation towards Ukraine," the press service of the Ukrainian Ministry of Defense said.

In the Pentagon, following the results of the conversation, they also designated "unshakable support from the United States for the sovereignty, territorial integrity and Euro-Atlantic aspirations of Ukraine."

Commenting on these publications, the Russian Foreign Ministry stressed that Moscow is not interested in a conflict with Kiev, especially when it comes to an armed confrontation.

“I am sure that all the talk about some upcoming conflict between Ukraine and Russia is an example of another fake, which is spread primarily by the Ukrainian authorities.

Russia is not interested in any conflict with Ukraine, let alone a military one, ”said the deputy head of the department Andriy Rudenko.

According to a statement posted on the White House website, "President Biden has declared the United States' unwavering support for Ukraine's independence and territorial integrity in the face of ongoing Russian aggression in Donbas and Crimea."

A report on the negotiations also appeared on the website of the President of Ukraine.

Kiev believes that the conversation became "one of the confirmations" that Ukraine has "full and unwavering support from international partners" on the path of reintegration of the "temporarily occupied territories".

“We discussed the situation in Donbass in detail.

President Biden assured me that Ukraine will never be left alone against Russia's aggression, ”Zelensky said.

Analysts believe that Kiev is taking the words of support from Washington too literally.

Although, at the level of statements, the United States supports Ukraine, pushing it towards confrontation with Russia, this does not mean that NATO countries themselves are ready to participate in a possible conflict with Moscow.

“The United States is now pushing Ukraine, as Georgia once did, to military action against Russia.

But in reality, neither the United States nor NATO intend to fight against Russia.

They are not going to start World War III over Ukraine.

In the event of a military escalation, Ukraine will simply be a victim, a “consumable,” says Andrey Suzdaltsev.

Vladimir Zharikhin agrees with this point of view: “Radical political forces in the United States are constantly pushing Ukraine to unleash a conflict, assuring that Washington will help her.

But in fact, NATO countries and the United States are not going to participate in hostilities on the side of Ukraine, if it suddenly starts a military adventure. "