Researcher: Charging at the home is a must to get an electric car

The proportion of rechargeable cars is increasing slowly but surely in Sweden - in 2009 there were 157 rechargeable cars in traffic in the country. Ten years later, they were close to 97,000, according to statistics from Traffic Analysis. But the increase would go even faster if more people knew they could charge at the home, says a researcher. 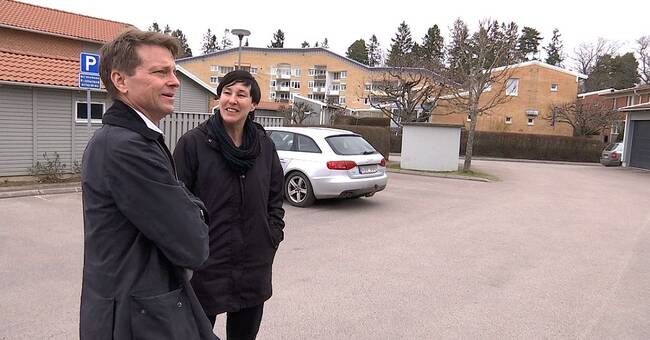 Bostadsrättsföreningen Ullstämma 2 in Linköping decided to dare to make the investment when housing speculators a few years ago asked if there was a charging option.

You can hear more about how they thought in the video above.

The association's chairman, Torbjörn Gudinge, says that it is a fairly large investment and it is required that there is a board that is interested and willing to spend time on this.

- But already after a month or so, we have three who have switched to electric cars, and more who are interested, he says.

Hear him talk about the situation in the clip above.

Mats-Ola Larsson researches sustainable transport at IVL, the Swedish Environmental Institute, and he believes that the charging boxes must come first.

Otherwise, those who are considering a rechargeable vehicle do not dare to take the step.

When asked what happens if property owners and the tenant-owner association do not arrange charging stations, he answers as follows:

- Then this important transition to more environmentally friendly cars is prevented and it does not have to be so expensive and cumbersome.

The cost for the association in Ullstämma landed at about three million kronor for their 97 charging boxes.

About half of the investment is a grant from the Swedish Environmental Protection Agency.

- Then everyone can get a subscription for the box and pay a cost price for the consumption, says Torbjörn Gudinge.

Lisa Fröberg Carlsson is one of the residents who has acquired an electric car.

- We drive a lot in the city and thought about both the economy and the environment, she says.

What do you think the charging option means if you want to sell the home?

- I think it is very important.

Especially in the future.

More people will get an electric car.

See and hear more about this in the video above.