Doubts about Löw's goals - Easter rest instead of actionism

Joachim Löw will not be at the Bundesliga summit between Leipzig and Bayern. The national coach starts after the DFB disaster against North Macedonia with an Easter break. The Müller question continues to smolder. 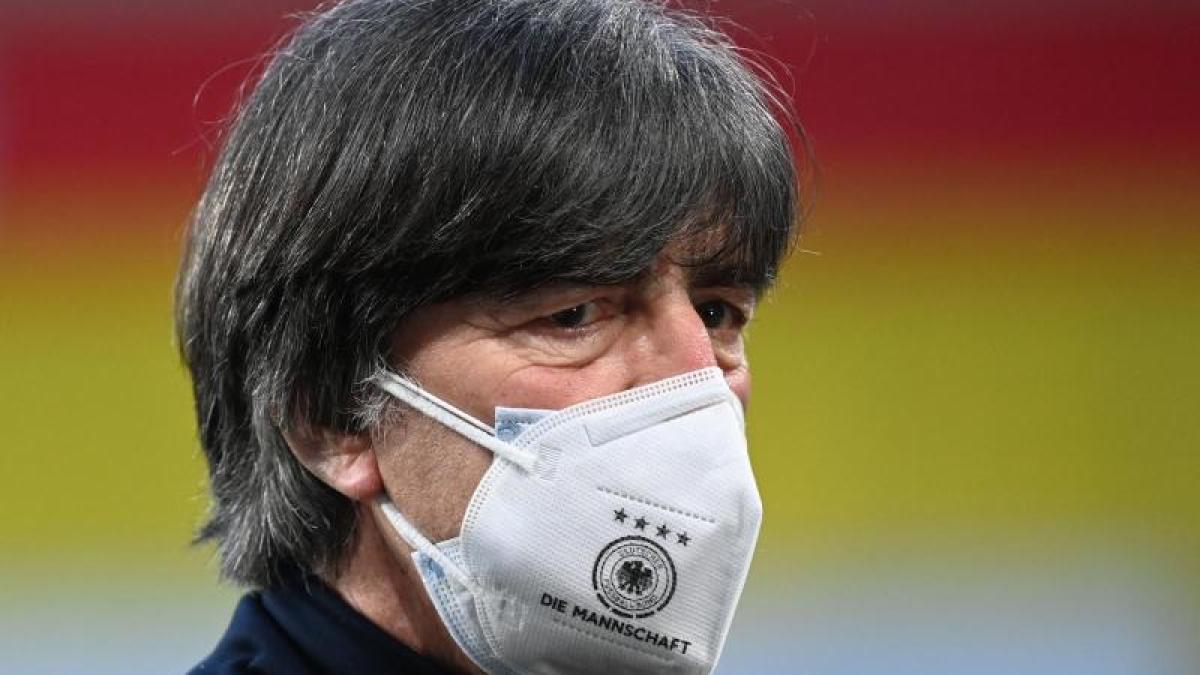 Duisburg (dpa) - The longing destination Wembley only looks like an unrealistic dream.

Even after the next disastrous result, Joachim Löw, unimpressed by the general horror at the national soccer team's 1: 2 against North Macedonia, does not lapse into actionism.

The national coach does not want to watch the Bundesliga summit on April 3 between RB Leipzig and FC Bayern in the stadium.

He was "not assigned" was the strange sounding explanation given by the top employee of the German Football Association.

There should be no gesture of humility.

While the fans are waiting for an answer as to whether Thomas Müller, who has been publicly named general problem solver, will still be at the EM, Löw said goodbye to the Munich football bellwether or his former world champion colleague Mats Hummels without any acceptance or rejection in his Easter rest.

He doesn't want to carry out the next player inspection in the Allianz Arena until April 7th at Bayern's Champions League game against Paris Saint-Germain in Munich.

Even the greatest optimists may no longer believe that Löw will actually end his once glamorous long-term career as national coach only after the 100-day maximum possible on Good Friday with the European Championship final on July 11th in London.

In the event of a failure in the preliminary round in the hammer group with France, Portugal and Hungary, which cannot be ruled out in the current mood, the Löw era would be over in 82 days.

After the debacle in Duisburg, the 61-year-old only has to offer his work routines.

Löw's last promise is that it will be suitable for tournaments again in the immediate preparation from May 25th in Seefeld in Tyrol.

Everyone in the team has to think about it, okay, what can we improve? ”Said Löw.

“And when we have some time, then we will bring in consistency and tackle the right things,” he gave an astonishingly positive prognosis.

Löw did not use the name Müller in the almost 13-minute question-and-answer ritual after the North Macedonia bankruptcy.

And he didn't mention von Hummels either.

The national coach could design a simple matrix around the Easter egg hunt, which should help him in making a decision.

There are only four possible scenarios:

- Löw brings Müller and / or Hummels back and the EM will be a success: Then everyone would be happy again.

The national coach would have jumped over his shadow and would have done one last great service to the football people in his great career.

He could retire happily into the DFB.

- Löw brings Müller and / or Hummels back and the EM goes wrong: Then Löw would at least have given insight, possibly too late, but at least.

More was not possible under the given circumstances.

It would be a sad farewell, but without open staff.

- Löw does not bring Müller and / or Hummels back and the EM goes wrong: That would be the worst scenario for Löw.

Stubbornness, which makes soccer Germany a laughing stock again, would be the accusation.

The Rio glamor of the world champion trainer would be seriously put into perspective in the history books.

- Löw does not bring Müller and / or Hummels back and the EM will be a success: The evidence suggests that this would be Löw's favorite variant.

But who still believes that the Umbruch-Elf will be ready to play after Spain's disgrace and qualification disaster?

On May 18th or 19th - so you hear - Löw wants to announce his decision on the nomination of the EM squad shortly before the last Bundesliga matchday.

“The question cannot be answered today because of the one game.

The question wasn't asked after the last two games.

We said that the overall decision would then be made in May », he countered even probing inquiries.

A former loyal companion managed - also without mentioning the name Müller - to give his prognosis in a 22-second clip.

«From my point of view you can only reproach Jogi Löw, and that is that he did not bring the best players there are currently on the field for the German national team, which also won the Champions League last season and have played at a very high level.

But I'm pretty sure that this will change soon, ”said ARD expert Bastian Schweinsteiger of“ Sportschau ”.

One thing is clear by now at the latest: The Confed Cup generation is not yet stable, despite all the individual talent of Joshua Kimmich and colleagues.

This team literally longs for orientation.

The smallest personal and tactical shifts that Löw made by taking on Robin Gosens after the encouragement to win against Iceland (3: 0) and Romania (1: 0) put the statics out of action.

It cannot be due to individual class.

All eleven starting eleven players were just with their clubs in the round of 16 of the premier class.

Flexibility has never been Löw's strength.

On the sidelines when a game doesn't go according to plan, as well as its general guidelines.

The cheers of the North Macedonians and the loud honking of their team bus when they left Duisburg were not an April Fool's joke, but bitter German football reality after only the third DFB defeat in the 97th World Cup qualifier since 1934.

After all, Löw was right with one decision.

That became clear in Duisburg.

His resignation announcement in early March was wise.

Without them, a decision about his professional future would hardly have been possible now.

The public outcry after the end of the long successful record era of the 2014 world champion coach would now be huge.

Team behind the team / support staff

National players from A to Z