Green-black in Baden-Württemberg: The CDU will be more humble

A continuation of green-black may seem like a desperate “continue like this”, especially in view of the poor polls of the CDU in the federal government. But it is the most reliable solution for Baden-Württemberg - even if many greens do not want to admit it. 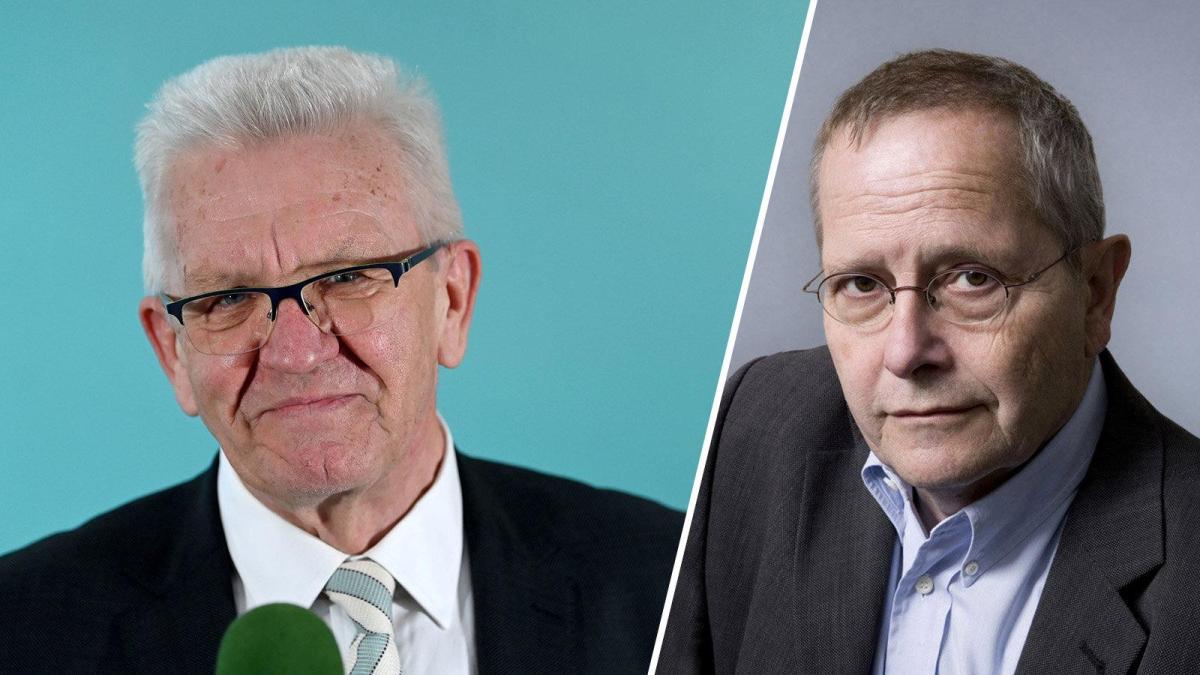 It looks like a “business as usual”: the continuation of the green-black alliance in Baden-Württemberg - shaped by a despondent spirit.

Better the boring old than the exciting new.

Sure, green-black is more convenient for Winfried Kretschmann.

First, because it is easier to govern with a coalition partner than with two parties, which are also contentious because they are small and in need of distinction.

Second, because the CDU understood and admitted that it is no longer the “Baden-Württemberg Party”.

She will be more humble.

It knows that it will not be able to regain its reputation through constant party-political competition with the Greens, which it has operated so far.

But only through good government work.

In a sense, she will prepare herself in league with Kretschmann for the post-Kretschmann time.

And the Prime Minister will from now on be able to rely on “his” CDU.

In any case, it has long been clear that the Greens and CDU have more points of contact than intended in the conservative and left rhetoric.

Apparently, the decision was not an easy one for the Greens in Stuttgart.

Without Kretschmann's authority, which outshone the country, it would probably not have come about.

The majority of the Greens' hearts beat on the left in the conservative southern state.

And the CDU is still considered an obscure party.

While the majority of the citizens of Baden-Württemberg would like the previous coalition to continue, the green supporters - despite their aversion to the FDP - would like a traffic light alliance.

Especially since the CDU is not particularly attractive with its current lousy polls.

Above all, however, the Stuttgart decision does not fit into the concept of the Greens at federal level.

Because in view of the collapsing polls of the Union, the bold, still utopian idea is developing ever greater radiance, under the leadership of the Greens, to chase away the chancellery from the discouraged Union parties.

And finally, after almost 40 years, to arrive in the promised land of green.

The traffic light in Stuttgart would have been a programmatic, wonderful down payment on it.

In Berlin, however, it could look as if the Greens were afraid of their own courage and remained loyal to the eternal Chancellor even in the twilight of the Merkel era.

The fact that the Greens in Stuttgart decided to continue working with the CDU is nevertheless wise and consistent.

The SPD in Baden-Württemberg remains a dwindling party.

And the FDP, which now wants to cuddle up to the Greens, did not stand out long ago with rowdy attacks against the Prime Minister.

Both parties would not be particularly serious partners.

Even if the CDU is now gladly prophesied of relegation, it is still a force and stronger than all other parties at the federal level.

Although it was only able to retain just under a quarter of the voters there, it is still a local political party in the state, i.e. a party that is firmly anchored in the area.

Your district administrators and mayors need the Greens if they - as announced by the Prime Minister - want to at least tackle an ecological turnaround that is compatible with the economic sense of the country.

In addition: Perhaps it will do Germany good if Schwarz + Grün are not hastily discarded, but at least exercised until it is possible to see how far declarations of intent could actually be transferred.

And the Greens should be able to endure this much federalism: Even in a year in which the general election is due, the states and their parties have every right to act according to state logic.

Jürgen Trittin once called Winfried Kretschmann a Waldschrat with an empathy that is not uncommon among party friends.

The “Waldschrat” became, far ahead of Joschka Fischer, the most successful of all Greens.

Only with this bonus he was able to prevail this time - with a bang.

He will now have to prove to a suspicious green and left-wing public that he made the right decision.