"During the arrest, the offender put up armed resistance": the FSB prevented a terrorist attack in the Tver region

In the Tver region, a member of the "Islamic State" * who was preparing a terrorist attack at a fuel and energy complex was neutralized. During the arrest, the offender put up armed resistance. As a result of a search at the scene, firearms and ammunition, a ready-to-use improvised explosive device, and components for the manufacture of IEDs were found. According to the FSB, the attacker turned out to be a citizen of Russia, a native of one of the republics of the Central Asian region, who acted at the direction of the leaders of international terrorist structures. 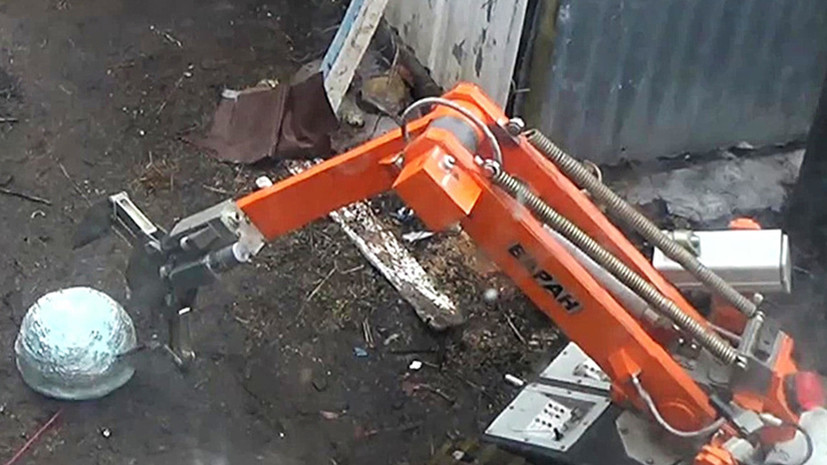 In the Tver region, a terrorist attack was prevented, which was prepared by a militant of the terrorist organization "Islamic State" *, according to the FSB of Russia.

In the public relations center, the departments said that the attacker was planning an attack on one of the objects of the fuel and energy complex.

“Acting on the instructions of the leaders of terrorist structures, a Russian citizen, a native of one of the republics of the Central Asian region, purchased weapons and components for making an improvised explosive device, equipping a laboratory for synthesizing explosives at the address of his residence,” the FSB said.

During the arrest, the attacker put up armed resistance to the security forces and was neutralized by return fire.

None of the security personnel or civilians were injured during the special operation.

It is specified that firearms and ammunition, a ready-to-use improvised explosive device, as well as components for the manufacture of IEDs were found at the scene.

A criminal case was opened into the preparation of the terrorist attack.

Operational search activities and investigative actions are being carried out.

The attacker was neutralized, he turned out to be a man previously convicted of terrorist crimes.

The bandit was offered to surrender, but he opened fire on the security forces.

A machine gun, a large amount of ammunition for it and a suicide belt ready for use were found at the scene of the shootout.

Also in early March, the FSB prevented a terrorist attack at an energy facility in the Kaliningrad region.

A Russian citizen who was planning to carry out an attack “out of hatred of the current government” was detained in the region.

Along with this, the man recruited local residents to participate in terrorist activities.

An improvised explosive device, instructions for its manufacture and components for synthesizing explosives, as well as materials of offensive content against the Russian executive and legislative authorities were found at his place of residence.

In addition, in February, the Russian FSB detained members of the terrorist organization Hizb ut-Tahrir al-Islami ** in ten regions of the country.

The special operation was carried out with divisions of the Russian Guard and the Ministry of Internal Affairs of Russia.

Members of the organization were detained in Crimea, Moscow, St. Petersburg, Primorsky and Krasnodar regions, as well as in the republics of Bashkortostan and Dagestan, in the Oryol, Kaluga and Ivanovo regions.

The members of the structure disseminated among the inhabitants of Russia a radical Islamist ideology, combined with intolerance towards other religions, and also recruited Russian Muslims into the ranks of an international terrorist organization.

It was reported that the members of the organization promoted the doctrine of the creation of the so-called world caliphate, established by overthrowing secular governments in military coups.

Earlier, the head of the FSB, Vladimir Bortnikov, spoke about the work to prevent terrorist attacks in Russia.

According to him, the security forces have not allowed about 200 terrorist attacks in Russia over the past ten years.

“Obviously, we are talking about thousands of lives saved.

During the same period, the number of violent terrorist crimes committed in the country, that is, explosions, hostage-taking, murders, decreased 260 times (from 779 in 2010 to three in 2020), "Bortnikov said in an interview "Rossiyskaya Gazeta".

In addition, he said that in 2020 alone, about 600 firearms, 134 improvised explosive devices, over 100 thousand cartridges, more than 3 thousand mines, grenades and other ammunition were withdrawn from illegal circulation.

Along with this, the financial assets of more than 1.2 thousand people suspected of involvement in terrorism were blocked, 184 channels for financing this criminal activity were suppressed.

** "Party of Islamic Liberation" ("Hizb ut-Tahrir al-Islami") - the organization was recognized as terrorist by the decision of the Supreme Court of the Russian Federation dated 02.14.2003.