Witnesses to George Floyd's ordeal share their "guilt" and "helplessness"

A young cashier filled with a feeling of "guilt", an old man who cries of "impotence": the witnesses at the bar, Wednesday during the trial of the police officer Derek Chauvin, accused of the murder of Ge ... 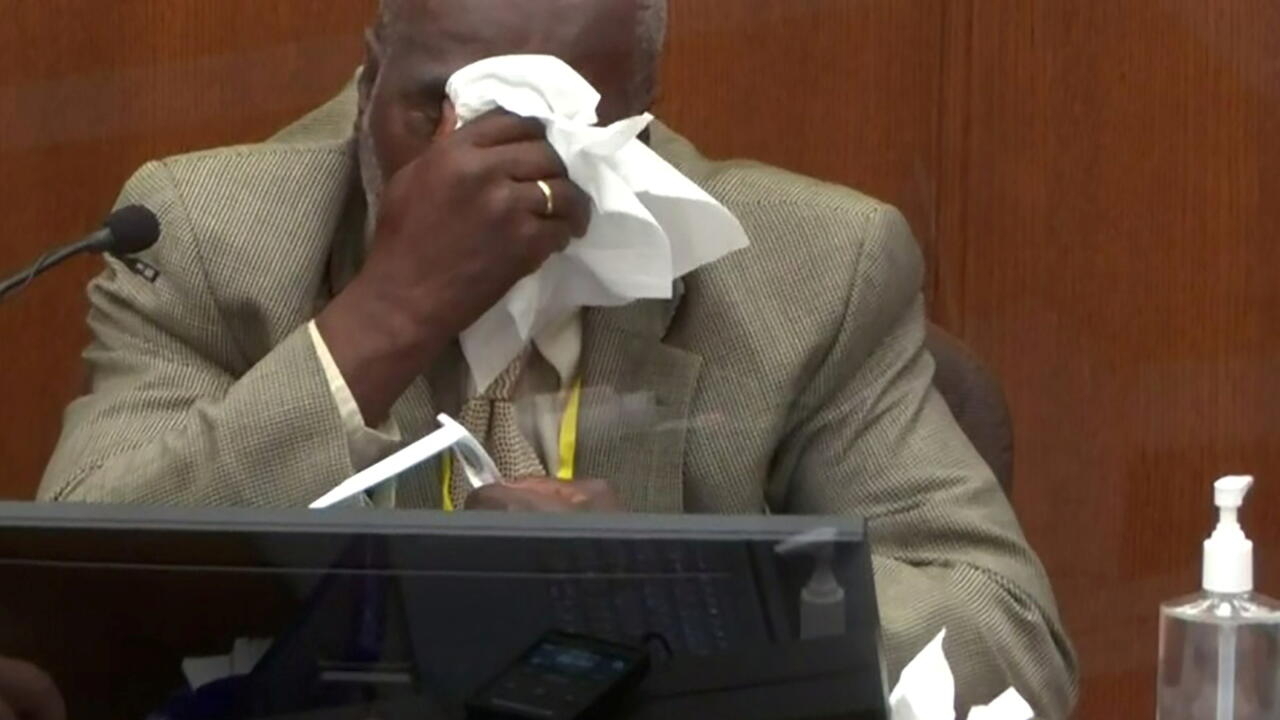 The George Floyd murder trial continued on Wednesday March 31 in Minneapolis with the hearing of witnesses who are struggling to recover from witnessing his death throes.

Christopher Martin, a 19-year-old black man, told jurors that he regretted accepting the counterfeit bill handed to him by George Floyd on May 25 in the large city in the northern United States, which led police to intervene.

That day, he was working as a cashier at the Cup Foods grocery store, when he noticed the black 40-something "because he was tall" (about two meters).

After a short exchange, George Floyd bought a pack of cigarettes with a twenty dollar bill.

"I saw a blue pigment (...), I found it weird and I thought it was wrong," added the young man, visibly nervous.

In his store, if a cashier accepts a counterfeit bill, the sum is withdrawn from his salary.

Christopher Martin accepted it but, "after reflection", he spoke to his manager, who ordered him to ask George Floyd to come back to the convenience store.

The forty-something having remained in a vehicle parked in front of the business, the young cashier and colleagues then went out to talk to him.

But they couldn't convince him, and one of the store workers ended up calling the police.

The sequel was told by Charles McMillian, a 61-year-old black man who, passing by in his car, stopped "out of curiosity".

Two officers first pointed a gun at George Floyd to get him out of his car, put handcuffs on him and returned him to their vehicle, he said.

Charles McMillian then entered into a dialogue with George Floyd, who refused to get into the police car.

The agents, now four, end up pinning the forty-something on the ground and one of them, Derek Chauvin, kneels on his neck and does not move despite his pleas, according to videos of the scene presented to the jurors.

At the sight of this film, Charles McMillan, who had until then kept his countenance, burst into tears.

"I felt so helpless ...", he breathed, before the judge interrupted the hearing to give him time to come to his senses.

In another video, Christopher Martin is seen exiting the store to follow the scene.

Startled, he has his hands on his head.

Asked about his feelings at the time, he replied, his voice choked with emotion: "Disbelief and guilt."

"If I hadn't taken the ticket, all of this could have been avoided."

Verdict in late April or early May

Derek Chauvin, 45, including 19 with the Minneapolis Police Department, is charged with murder and manslaughter.

Released on bail, he appeared free and pleaded not guilty.

His lawyer maintains that he followed a procedure consistent with his training and that George Floyd died of a fentanyl overdose and health problems.

On Wednesday, Me Eric Nelson insisted, during the cross-examination of Christopher Martin, on the inconsistent attitude of the black forty-something.

The young man admitted that he had difficulty speaking and was probably "under the influence" of drugs or alcohol, but he considered him "friendly", not aggressive.

Jurors are expected to deliver their verdict in late April or early May.

The three other police officers involved, Alexander Kueng, Thomas Lane and Tou Thao, will be tried in August for "complicity in murder".