The truth about morgellons on the corona test stick

Worm-like structures seem to fidget over corona test sticks. The conspiracy community is certain: these are Morgellons that can nestle under the skin. Of course it's very different. 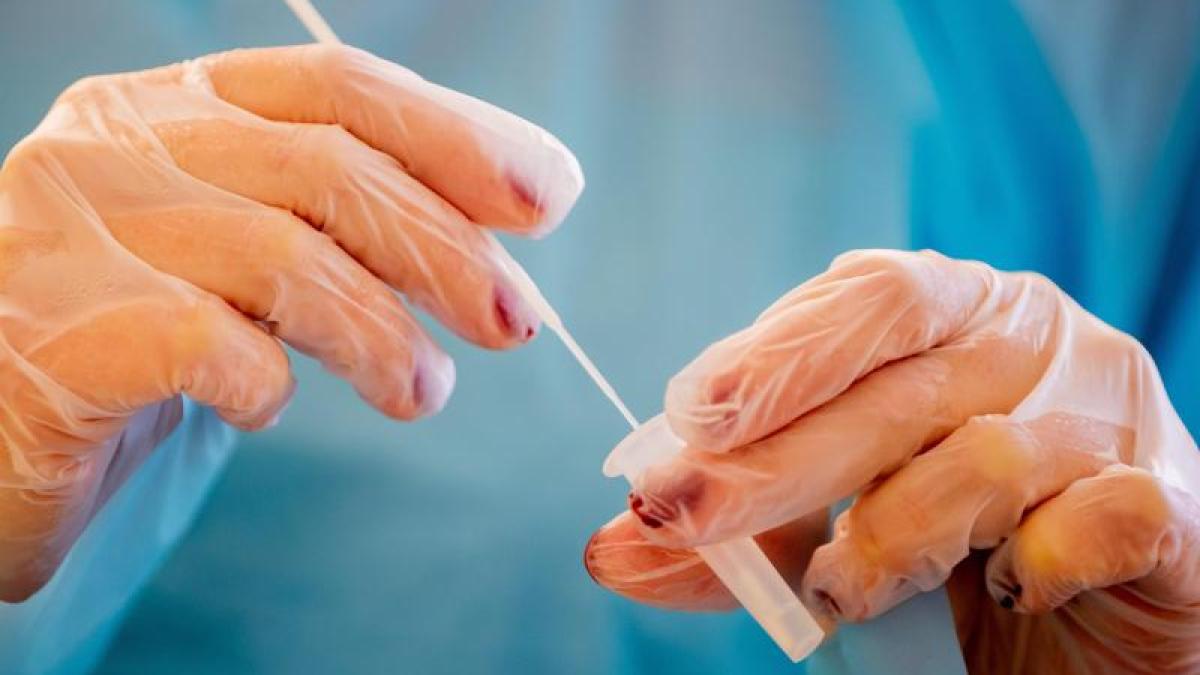 Berlin (dpa) - Medical masks and rapid antigen tests are considered to be important weapons in the fight against the spread of the coronavirus.

Those who use them generally feel better protected against invisible pathogens.

But now a new myth is causing a stir: Are masks and tests contaminated or even contaminated?

Among conspiracy storytellers, an unusual term is currently skyrocketing: Morgellons.

FACTS: People who complain of Morgellonen make it itchy and tingle.

These are supposed to be small creatures that nestle under the skin.

Doctors often dismiss the phenomenon as a delusion - as a variant of the so-called dermatocosis delusion, in which patients imagine that their skin is infected with parasites.

The misconception is favored, for example, by cocaine and amphetamine abuse, but also by brain injuries and diseases of the central nervous system.

Those who complain about Morgellons often provide the supposed evidence themselves.

By pressing and scratching, structures appear on the skin of those affected, which look like small living beings under the microscope.

Sometimes they even move - apparently on their own.

In his laboratory, he has examined countless samples from people who want morgellons to be found under their skin.

Under his microscope he usually only sees a mixture of textile fibers, small parts of plants, dirt, dust and flakes of skin - which have been rolled up by pressing and scratching.

Benecke finds it understandable that an untrained eye can recognize a living being here: "The twisted fiber can look similar to tiny muscles, for example," he told the German Press Agency.

Benecke can also explain that the worm-like structures sometimes seem to move on their own.

This usually happens when you get close to the examined object: “When you breathe on the fibers, they absorb the moisture and heat from the air you breathe and then move.

Electrostatic forces of attraction can also ensure this effect. "

The latter can be understood by those who rub a balloon into their hair.

A number of people are currently putting FFP2 masks or corona test sticks under the microscope at home - to find out whether they are infected.

You have apparently seen videos and pictures of users who claim to have discovered Morgellons on social media.

And if you search, you will find: In the clips, some seemingly crawling, worm-like structures can even be seen under the packaging film of FFP2 masks.

Most likely, these are also textile fibers that have already got into the pack during production, says Benecke.

Masks like test sticks are not made in a sterile environment.

And even with sterilization, a number of germs are killed, but no unwanted textile fibers are removed.

Anything wriggling about masks and test sticks in the videos and pictures is almost certainly not parasitic Morgellons.

Also no “nano-robots” that are supposed to be secretly implanted in us, as is suspected in even more abstruse conspiracy myths.

If you still think you've found something unusual on your mask or test stick, you can have a sample examined in the laboratory.

Simply secure the supposed living being with a transparent adhesive tape on a cling film, circle the place where it was found and send it by post.

Perhaps you should hold back your thesis until it is confirmed by the laboratory - at least if you do not want to spread false information or spread fear and horror.