China News Service, March 30. According to real-time statistics from Johns Hopkins University in the United States, as of 6:26 on the 30th, Beijing time, the cumulative number of confirmed cases of the new crown in the United States has exceeded 30.32 million and more than 549,000 deaths.   Recently, with the spread of the mutated new crown virus and the relaxation of epidemic prevention restri 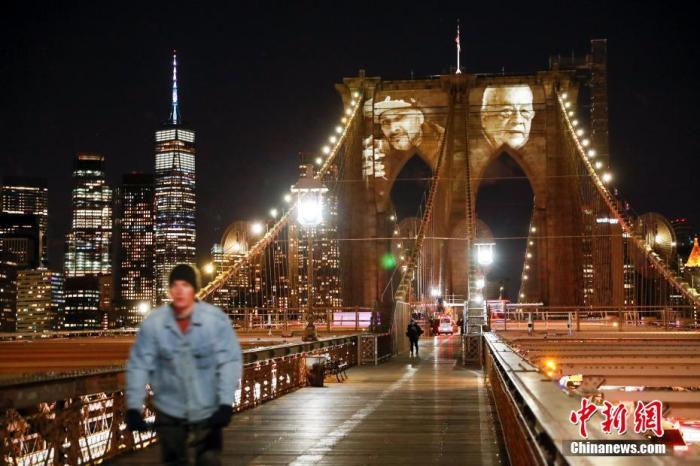 China News Service, March 30. According to real-time statistics from Johns Hopkins University in the United States, as of 6:26 on the 30th, Beijing time, the cumulative number of confirmed cases of the new crown in the United States has exceeded 30.32 million and more than 549,000 deaths.

Recently, with the spread of the mutated new crown virus and the relaxation of epidemic prevention restrictions in many places, the epidemic in the United States has rebounded. In this regard, US President Biden called on states to restore the "mask order" and other measures, saying that the war on the epidemic is "none of victory." Far away"; To control the epidemic, the United States plans to allow 90% of adults to be eligible for vaccination before April 19.

On the evening of March 14th, local time, the New York City Government projected the faces of patients who died of COVID-19 on the Brooklyn Bridge, expressing their nostalgia for the dead.

Cases continue to rise in many places

CDC Director: "I am scared"

Varensky said, “In the past week or so, we have seen a continuous increase in cases” and said, “I know the number of travelers is on the rise, I’m just worried that we will see the surge in summer and winter again. "

In addition, Valensky said when talking about his feelings about the surge in the epidemic, “We have a lot of expectations, and there are many reasons for hope, but I am very scared now.”

Biden: "It's still far from victory"

In response to the current situation of the epidemic, Biden said on the 29th local time that the US war against the new crown virus is "a long way from victory."

Biden pointed out that "now is not the time to relax." He believes that "new variants are spreading. Unfortunately, some of the reckless behavior we have seen on TV in the past few weeks will lead to more new ones in the coming weeks. Cases appear."

Biden believes, "With vaccines, we have hope. Obviously, this is a very good thing, but people are relaxing preventive measures, which is a very bad thing."

Regarding the cancellation of the "mask order" in some states, Biden said, "I once again call on every governor, mayor and local leader to continue to maintain or restore the requirement to wear masks. Please, this has nothing to do with politics. If you cancel Restriction, then restore it.” Biden also said that choosing to wear a mask is a “patriotic obligation”.

Pfizer and Modena vaccines are 90% effective?

90% of U.S. adults will be eligible for vaccinations

In order to prevent and control the epidemic, vaccination work in the United States is continuing.

According to CDC data, as of now, more than 52 million people in the United States have completed vaccination.

In the United States, Pfizer vaccine and Modena vaccine can be described as the "main force" of vaccines.

In response to the effects of these two vaccines, a CDC latest report shows that in the case of full vaccination, the two vaccines are effective in preventing infections (including asymptomatic infections) by 90%.

In response to the speed of vaccination, Biden announced on March 29, local time, that by April 19, 90% of American adults will be eligible for the new crown vaccine.

Biden said that pharmacies that provide vaccination will expand from the initial 17,000 to about 40,000, and the government will set up 12 more mass vaccination sites before April 19. By then, pharmacies that can be vaccinated across the United States The number will more than double.