Office of the State Council: Strengthening grassland protection and restoration by 2025, grassland degradation will be fundamentally curbed 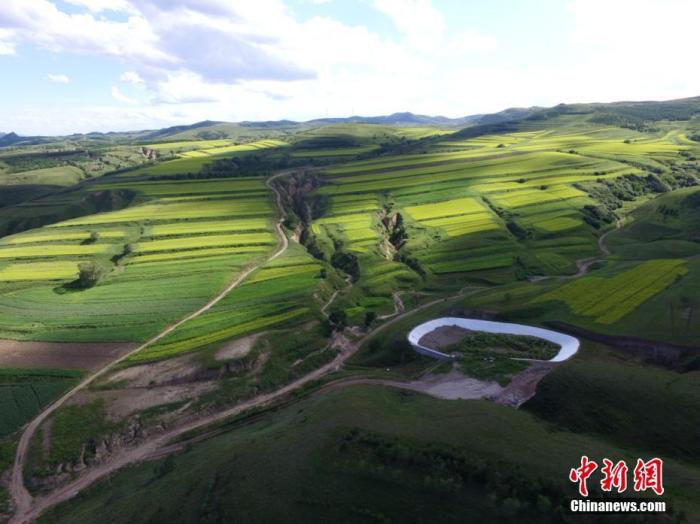 China News Service, March 30. According to the Chinese government website, recently, the General Office of the State Council issued several opinions on strengthening grassland protection and restoration, demanding that by 2025, grassland protection and restoration system will be basically established, the contradiction between grassland and livestock will be significantly eased, and grassland degradation The trend has been fundamentally curbed, the comprehensive vegetation coverage of the grassland has stabilized at about 57%, and the ecological conditions of the grassland have continued to improve.

By 2035, the grassland protection and restoration system will be more complete, the grassland and livestock balance will be basically achieved, the degraded grassland will be effectively managed and restored, the grassland comprehensive vegetation coverage will be stabilized at about 60%, the grassland ecological function and production function will be significantly improved, and the construction of a beautiful China The role in the show.

By the middle of this century, degraded grasslands have been comprehensively managed and restored, and the grassland ecosystem has achieved a virtuous cycle, forming a new pattern of harmonious coexistence between man and nature.

Data Map: Aerial photography of the scenery of the Guyuan section of Tianlu Road in Zhangjiakou Grassland.

On the basis of the third national land survey, a special survey of grassland resources was organized in a timely manner to comprehensively investigate the types, ownership, area, distribution, quality, and utilization of grasslands, and establish basic grassland management files.

Establish and improve the grassland monitoring and evaluation team, technology and standard system.

Reasonably plan herdsmen’s settlements to prevent the degradation of the grasslands surrounding the settlements.

Local people's governments at all levels shall, in accordance with the higher-level planning, formulate plans for the protection, restoration and utilization of grasslands in their administrative regions and organize their implementation.

——Increase the protection of grassland.

Strictly implement the ecological protection red line system and the land and space use control system.

Strengthen the review and approval management of land acquisition and occupation of grassland for mining, engineering construction, etc., and strengthen source control and supervision during and after the event.

Lawfully regulate the occupation of grasslands for the construction of large-scale breeding farms and other facilities.

Integrate and optimize the establishment of grassland-type nature reserves, and implement overall protection and differentiated management.

Carry out the confirmation and registration of the natural resources of nature reserves. In the core protection areas of nature reserves, human activities are prohibited in principle; in the general control areas of nature reserves and grassland natural parks, negative list management is implemented to regulate production, life, and tourism activities, and strengthen The integrity and connectivity of the grassland ecosystem leaves room for the survival and reproduction of wild animals and plants, and effectively protects biodiversity.

In severely overloaded and overgrazing areas, measures such as grazing prohibition and enclosure, no-tillage supplementary sowing, soil loosening and fertilization, and rodent and insect pest control shall be adopted to promote the restoration of grassland vegetation.

For the cultivated grasslands, return farmland to grassland in a planned way in accordance with the scope and scale approved by the State Council.

Improve the supervision system of grassland ecological protection and restoration.

-Coordinate and promote ecological management of forests and grasses.

In accordance with the requirements for the overall protection, systematic restoration, and comprehensive management of landscapes, forests, fields, lakes and grasses, and the principles of suitable forests for forests, grasslands for grasslands, and wastelands for waste, the protection and restoration of forests and grasslands and desertification control shall be promoted as a whole.

In arid and semi-arid areas, we insist on using water to determine greenery, and adopt grass and shrub as the mainstay, combined with forest and grass to restore vegetation, and enhance the stability of the ecosystem.

In the interlaced area of ​​forest and grass, plant forest and grass composite vegetation to avoid excessive emphasis on concentrated contiguous and high-density afforestation.

In the forest area, proper retention of forests and grasslands around forests will form a composite ecosystem of woodland and grassland mosaic distribution.

In grassland areas, for degraded grasslands with fragile ecosystems and important ecological locations, strengthen ecological restoration and protection management, and consolidate the results of ecological governance.

Research and set the index of forest and grass coverage rate to assess and evaluate the effectiveness of ecological construction in various regions.

——Reasonable use of grassland resources.

Pastoral areas should aim to achieve a balance between grass and livestock, optimize the structure of the herd, control the number of grazing livestock, improve the level of scientific breeding and grazing management, and reduce the pressure on natural grassland grazing.

Strengthen the training of farmers and herdsmen, and improve the ability to scientifically protect and rationally use grasslands.

Accelerate the registration and issuance of grassland rights.

In areas where grassland is small and scattered, it is necessary to adopt flexible and diverse methods to implement and improve the grassland contracting management system according to local conditions, and to clarify the main body of responsibility.

When implementing the grassland contracting management system and regulating the transfer of management rights, the integrity of the grassland ecosystem must be fully considered to prevent grassland fragmentation.

—— Promote the reform of the paid use system of state-owned grassland resources steadily.

Reasonably determine the scope of paid use of state-owned grasslands.

State-owned grasslands that are operated by members of rural collective economic organizations by households or joint households are not included in the scope of paid use, but users’ obligations to protect grasslands need to be clarified.

An agreement should be signed to clarify the agent of state-owned grassland ownership and the owner of the right to use it, and to implement the rights and obligations of both parties.

Incorporate paid use into the annual state-owned assets report.

Scientifically promote the multi-functional utilization of grassland resources, accelerate the development of green and low-carbon industries, and strive to broaden the channels for farmers and herdsmen to increase their income.

Guide and support low-income people in grassland areas to increase their income by participating in grassland protection and restoration.