"In the near future, an examination will be carried out": the Ministry of Health received documents for registration of the Sputnik Light vaccine

The National Research Center named after N.F. Gamaleya has submitted documents to the Russian Ministry of Health for registration of the Sputnik Light vaccine against coronavirus infection. The ministry said that an examination of the quality, safety and effectiveness of the drug will be carried out in the near future. Sputnik Light is a one-component version of the Russian vaccine Sputnik V. 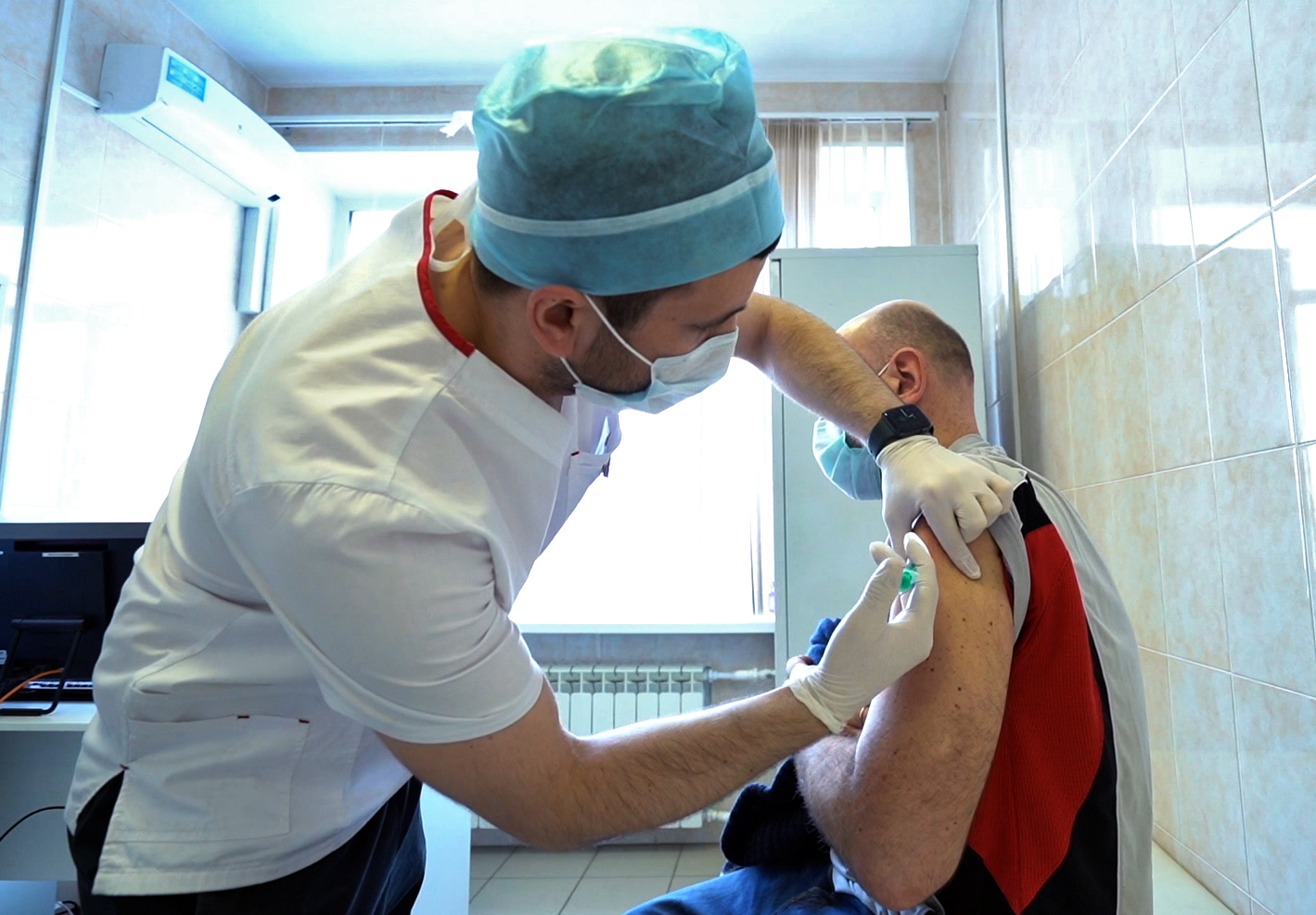 The National Research Center for Epidemiology and Microbiology named after NF Gamaleya has submitted documents to the Russian Ministry of Health for registration of the Sputnik Light coronavirus vaccine.

This is stated on the website of the state register of medicines.

This information was also confirmed by the press service of the department.

Gamalei - a dossier has been received for registration of the Sputnik Light vaccine, the ministry said.

"In the near future, a subordinate expert organization of the Ministry of Health will conduct an examination of its quality, safety and effectiveness, after which an appropriate decision will be made," the department said.

Recall that on March 22, during a meeting on vaccination with President Vladimir Putin, the head of the Ministry of Health Mikhail Murashko announced the completion of clinical trials of the Sputnik Light drug and added that the documents for its registration had been prepared.

In December, answering journalists' questions after a large press conference, the Russian leader said that specialists at the Gamaleya Center could create a "light vaccine" against coronavirus with one injection and a shorter period of antibody production.

The Ministry of Health issued a permit for studies of this drug to the center in January 2021.

As the head of the Russian Direct Investment Fund Kirill Dmitriev explained at the time, Sputnik Light, which is a one-component version of Sputnik V, a drug registered in Russia for COVID-19, can become an effective temporary solution for many countries at the peak of the incidence of coronavirus infection and “ striving to save as many lives of their citizens as possible ”.

In turn, the head of the Gamaleya center, Alexander Gintsburg, in an interview with the Russia 24 channel, noted that immunity from the use of Sputnik Light is formed within three weeks and is valid for three to four months.

He confirmed that this vaccine will reduce the number of deaths in countries with very high mortality rates from coronavirus.

At the same time, Gunzburg emphasized that it is not planned to use this option in Russia - the country will be fully vaccinated with two components.

"Sputnik Light", he said, is planned to be delivered to countries that cannot create a vaccine themselves or purchase the required number of doses of two-component drugs.

“A full-fledged version of the vaccine, firstly, gives one hundred percent guarantee against severe cases that can turn into lethal.

And "light" only reduces the likelihood of severe cases, but does not completely exclude them, ”explained Gunzburg.

Earlier, Alexander Gintsburg, on the YouTube channel "Solovyov LIVE", also expressed the hope that by the second half of autumn, most Russians could be vaccinated against coronavirus, which would make the situation with the spread of COVID-19 manageable.

In August, Russia was the first in the world to register the Sputnik V vaccine against COVID-19, which was developed by specialists from the Gamaleya Center.

Mass vaccination against coronavirus infection began in the country on January 18.

On February 2, one of the largest medical publications, The Lancet, published a material which stated that, according to the results of an international independent examination, Sputnik V provides complete protection against severe cases of coronavirus, and its effectiveness is 91.6%.

According to RDIF data, Sputnik V is currently registered in 57 countries with a total population of over 1.5 billion people.

He did not specify which of the three Russian drugs he chose.

The head of state expressed the opinion that each person must decide for himself which vaccine to be vaccinated, and a conversation with a doctor can help determine.

“In principle, you can make any of them, they are at the level of the best world samples.

Our vaccines, I say this with confidence, are the best in all three main indicators, ”Vladimir Putin emphasized.