MSC - these initials are back in Formula 1. Mick Schumacher makes his debut in Bahrain at the bottom of the field. Sebastian Vettel also has a very difficult time in the Aston Martin. Lewis Hamilton is at the top again at the start of the season. 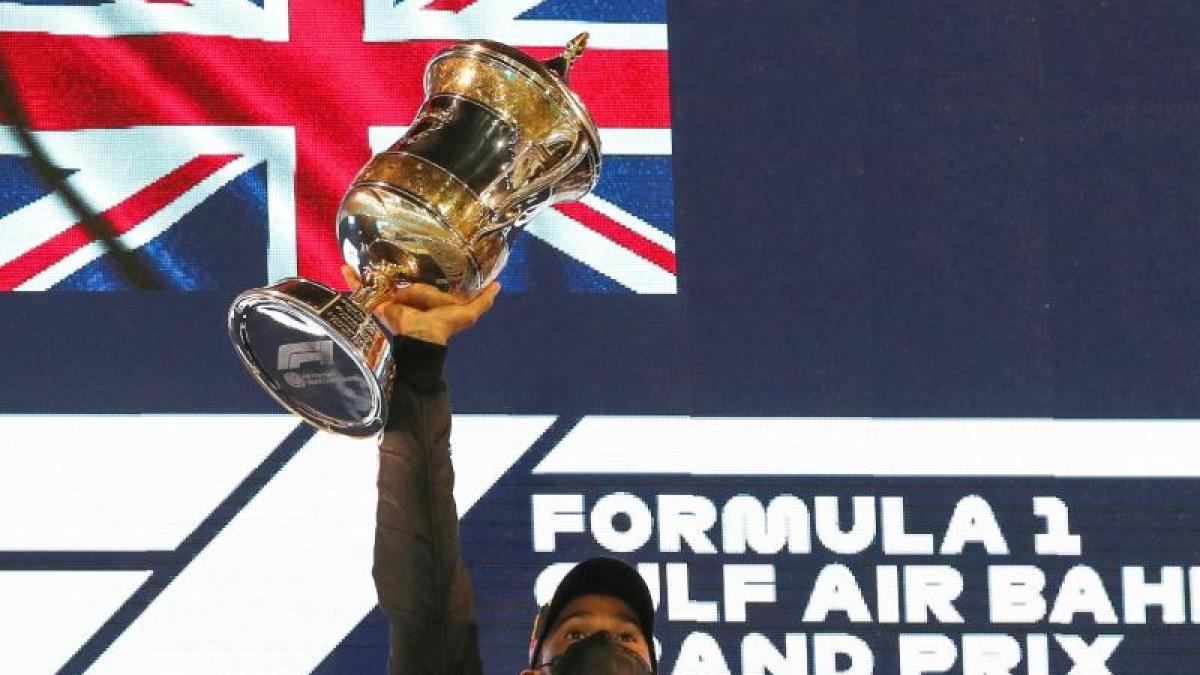 Sakhir (AP) - The hopeless Mick Schumacher was cheered up by his manager and his physiotherapist after his Formula 1 debut in the lame Haas.

After his debacle with Aston Martin at the start of the season in Sakhir, Sebastian Vettel took off his racing helmet and grimly put on the green face mask.

In Lewis Hamilton's opening victory in the record season of the premier class after a thriller duel with Max Verstappen, the 22-year-old Schumacher at least finished his first Formula 1 race without damage.

Mick Schumacher wants to draw “a lot of positive things” from the race, he has “learned a lot, had a lot of fun.

I'm already looking forward to the next weekend. "

Vettel, however, experienced a disaster on his debut after leaving Ferrari after a late crash with Esteban Ocon in the Alpine with position 15 as penultimate.

"We learned a lot, but of course it was very difficult," said Vettel.

He was "involved in a lot of duels," "which took a lot of time."

In a Bahrain Grand Prix characterized by duels and overtaking maneuvers, Mick Schumacher did not get past Vettel in 16th place after his father Michael had only driven a few hundred meters 30 years ago when he debuted due to a damaged clutch.

Four out of 20 cars did not reach the destination.

While Hamilton, after his 96th career victory in the Mercedes, is facing a thrilling championship fight with the second-placed Verstappen in the Red Bull, Vettel's accident with Ocon was even punished by the stewards with a ten-second penalty.

«What a tough race.

"It was just about keeping him behind me."

"It is disappointing not to have won, but we have taken up the fight with Mercedes and have to be happy overall," said Verstappen.

Eight years and 123 days after his father Michael's last race in Brazil, Mick Schumacher has finally made it to Formula 1.

Before the start, the 22-year-old received a hug from the French world association president Jean Todt, who had previously been team boss of the German record world championship at Ferrari.

Schumacher easily got away from position 18 in the defeated Haas.

His Russian team-mate Nikita Masepin, on the other hand, lost control after the first few meters and landed in the gravel, whereupon the safety car hit the track.

Even with the restart, Verstappen was able to defend the lead over Hamilton in the Red Bull after his fourth career pole.

At the rear, however, Schumacher spun, but was able to continue.

At this point he was about three seconds slower than Verstappen.

The few spectators on the route - those who have recovered from the coronavirus and who have been vaccinated - were given the best entertainment at the first of 23 events of this XXL season.

Vettel had received the next bitter message a few hours before the red lights went out: Because of disregarding yellow flags in an already disappointing qualification, he had to tackle the opening race from behind.

The four-time world champion relied on a risky one-stop strategy.

In midfield, he had a remarkable battle for positions in the Aston Martin with Fernando Alonso, who made his comeback at Alpine after a two-year break, but had to park his car early due to a defect.

For the first time in the hybrid era that began in 2014, Mercedes was unable to secure pole for the first race of the season.

Hamilton had his team-mate by his side in Bottas, while Verstappen was on his own at the front.

Red Bull newcomer Sergio Perez, the surprise winner of the Sakhir race 2020, had to start from the back of the field and fight his way forward due to technical problems.

At the top, Mercedes took the initiative.

Hamilton was the first top driver to pit and got the hard tires on lap 14.

He then took off Verstappen for almost three seconds per cycle.

“The wind is making it super difficult for me right now,” complained the Dutchman.

After his pit stop on lap 18, Verstappen was not enough to keep the lead by 17.6 seconds.

MSC - these initials, coined by Michael Schumacher in Formula 1, were at the bottom halfway through the race.

The bravely fighting son Mick was first overtaken by Alpha Tauri man Pierre Gasly, then he was shown blue flags in lap 31 and had to let the lead man pass Verstappen.

Hamilton pitted for the second time and tried to put pressure on with hard tires.

Verstappen drove confidently and kept the Englishman, who has only signed one contract with the Silver Arrows for this season, at a distance.

With 16 laps to go, the Red Bull driver got fresh, hard tires.

Behind Hamilton he drove back onto the tarmac and gave full throttle.

While Vettel crashed Ocon in the rear without any pressure, Schumacher temporarily moved to penultimate place, but ended up behind Vettel in the end.

At the top, Verstappen and Hamilton fought a gripping duel - with the better end for the British.

The season can go on so exciting.

Details about Mick Schumacher on the team homepage

Schedule for the Bahrain Grand Prix