Malle vacation with wanderlust and pressure to justify itself

Due to the high corona numbers in Germany, the federal government has urgently asked not to fly to Mallorca. Thousands of Germans are not convinced. But there is a bit of shame in it. 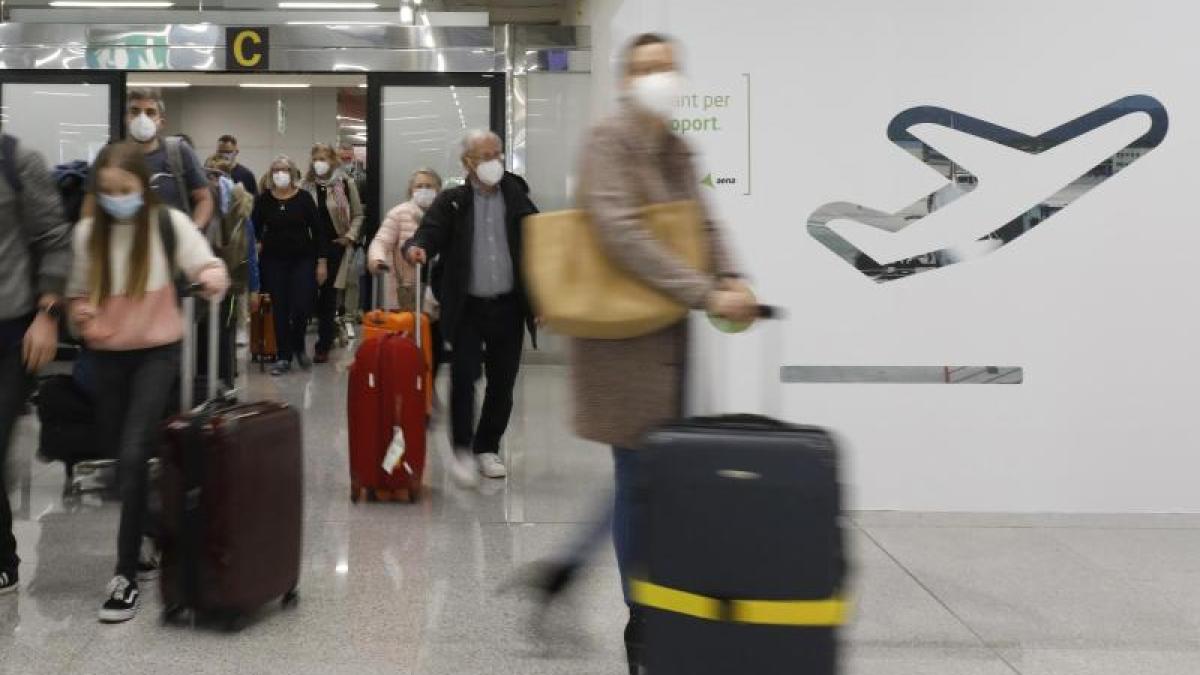 Palma (dpa) - On the first day of the Easter holidays, Mallorca airport woke up from its months of slumber.

It's hectic again, around 60 planes from 12 German cities were expected on the Germans' favorite holiday island today alone, and there should be 532 flight connections to and from Germany by Easter Monday.

The urgent request of the federal government to stay at home because of the corona pandemic apparently could not dampen the desire to travel.

«I haven't been on the road for a year and a half.

It feels like being in prison, ”says Abdul Naser from Baden-Württemberg.

He already feels a bit nervous about being infected.

"But it's no different in Germany."

The federal government removed the Germans' favorite island from the list of corona risk areas on March 14.

The move was made because the number of new infections there had fallen below 50 per 100,000 inhabitants within seven days.

This also eliminates quarantine and initially the obligation to test when returning to Germany.

When bookings rose sharply, the federal government issued an urgent warning against vacation trips to the Mediterranean island.

In addition, compulsory testing from Tuesday was ordered for all those arriving from abroad.

This also applies to travelers who do not come from a risk area, including those returning from Mallorca.

This compulsory test should initially apply up to and including May 12th.

On Saturday taxi drivers waited longingly in front of the airport to finally have customers again.

Car rental companies tried to intercept the travelers right at the exit.

Many vacationers, however, were also brought to their hotels by bus.

The island is extremely dependent on tourism.

Before the corona pandemic, the industry contributed 35 percent to regional income.

The corona numbers are currently relatively low compared to Germany.

The number of new infections per 100,000 inhabitants within seven days has been just under 30. In Germany, according to the Robert Koch Institute (RKI), this value was 125 on Saturday with an upward trend.

A young couple from Frankfurt prefer to travel incognito.

«We didn't tell anyone about our vacation plans back home.

There are so many who would take it wrong, ”they tell the German press agency.

"Everyone here makes an effort to adhere to the measures."

So they prefer not to upload snapshots on Instagram.

"At most cheated when we write that these are photos from 2019."

Harry from the Wetterau district has also met with criticism with his travel plans at home.

"A couple of friends asked us in horror how we could go on vacation now," he says.

However, he and his wife would not have had any concerns.

"In Germany, 20,000 people demonstrate without a mask, and then should the Mallorca vacation, where the incidence is lower, be a problem?"

But he too wants to hold back on social networks.

“There are many envious people who just don't have the guts to travel now,” he says.

"I stand by my decision," says Otto from Düsseldorf, who came with his wife and son.

“The federal government is currently so inconsistent.

If they lift the travel warning, then the politicians must expect that people will go on vacation. "

Karl Lauterbach from the SPD should first prove that the corona numbers given by the local health authority are incorrect.

"That's why I'm not afraid of being infected."