With 31:28 the SG won the 104th duel against record champions THW Kiel and displaced the "Zebras" from first place. The Swedish duo Hampus Wanne and Jim Gottfridsson dominated the game with a total of 17 goals. The THW takes care of Hendrik Pekeler and Pavel Horak. 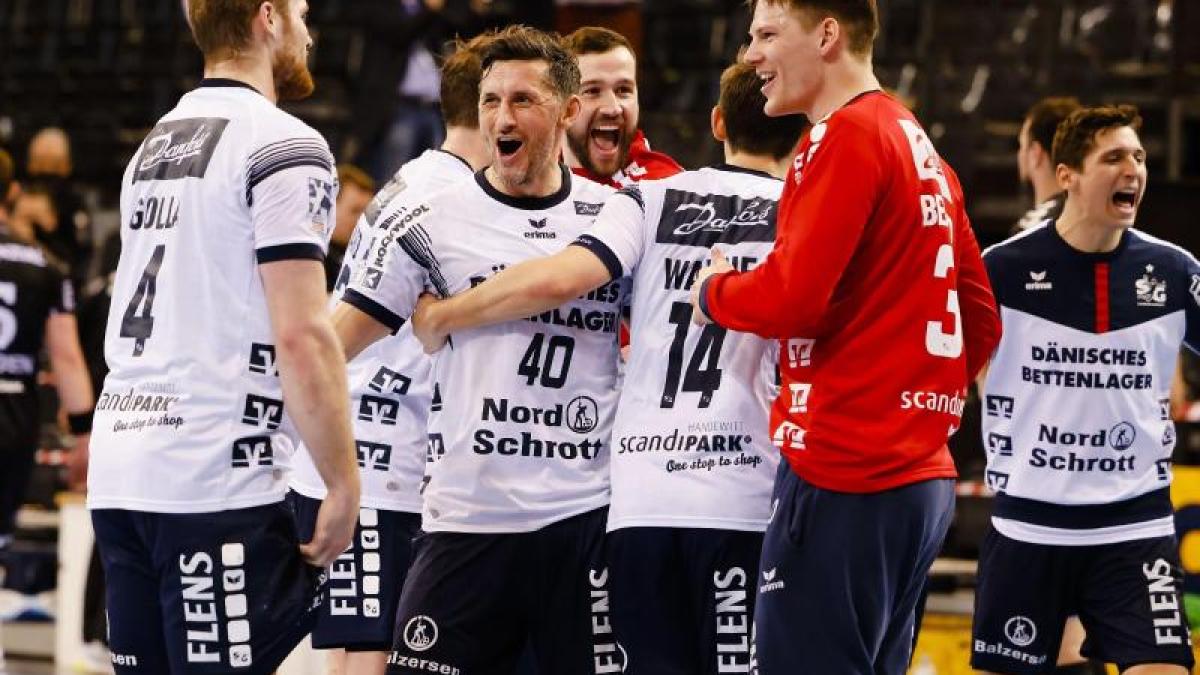 Flensburg (dpa) - The handball players of the SG Flensburg-Handewitt were dancing in each other's arms, the dozen drummers in the otherwise empty Flens-Arena chanted “Derby winner, derby winner!”.

"We'll enjoy that until the next game," said SG playmaker Jim Gottfridsson after the game on Sky.

The Swede put his stamp on the game together with his compatriot Hampus Wanne.

The two Scandinavians had 17 goals in the end.

Nor did the Norwegian Sander Sagosen come up against with his nine goals.

“We didn't find our game, the people of Flensburg made it smart,” analyzed THW coach Filip Jicha.

Both teams went into the top game with a weakened replacement.

Goalkeeper Niklas Landin was absent from THW due to a corona quarantine as did his Danish national team colleagues Mads Mensah Larsen and Simon Hald on the SG side.

In the end, however, the lack of Landin turned out to be more serious for the Kielers.

Substitute Dario Quenstedt did not find his form and was replaced after 20 minutes by the 42-year-old oldie Mattias Andersson.

With ten saves, the Swede was even the best keeper in terms of statistics.

It took a few minutes for the game to pick up speed.

The Kiel benefited in the initial phase from some mistakes and lack of concentration on the part of the hosts.

Göran Sögard Johannesen hit the crossbar in a counter-attack.

A little later Johannes Golla failed at the post.

Flensburg played itself free, however, and in the 33rd minute Sögard Johannessen scored the 18:15.

From then on, Jicha relied on the seventh field player, which Golla punished with the goal to 21:17 (40th) in the empty guest goal.

With his 30:27 (58th) and a time penalty against Domagoj Duvnjak, the Swede ensured the preliminary decision of the extremely clever Flensburg team.

Bitter for the THW: Hendrik Pekeler and defense strategist Pavel Horak had to leave the field injured and are now in danger of being out.