Soon after the National Two Sessions closed, from March 22nd to 25th, General Secretary Xi Jinping left Beijing for an inspection and chose Fujian where he had worked for more than 17 years.   On the 25th, the Xinhua News Agency released the news release of the inspection. While vividly describing the inspection process and the important speech of the General Secretary, it also included many ba 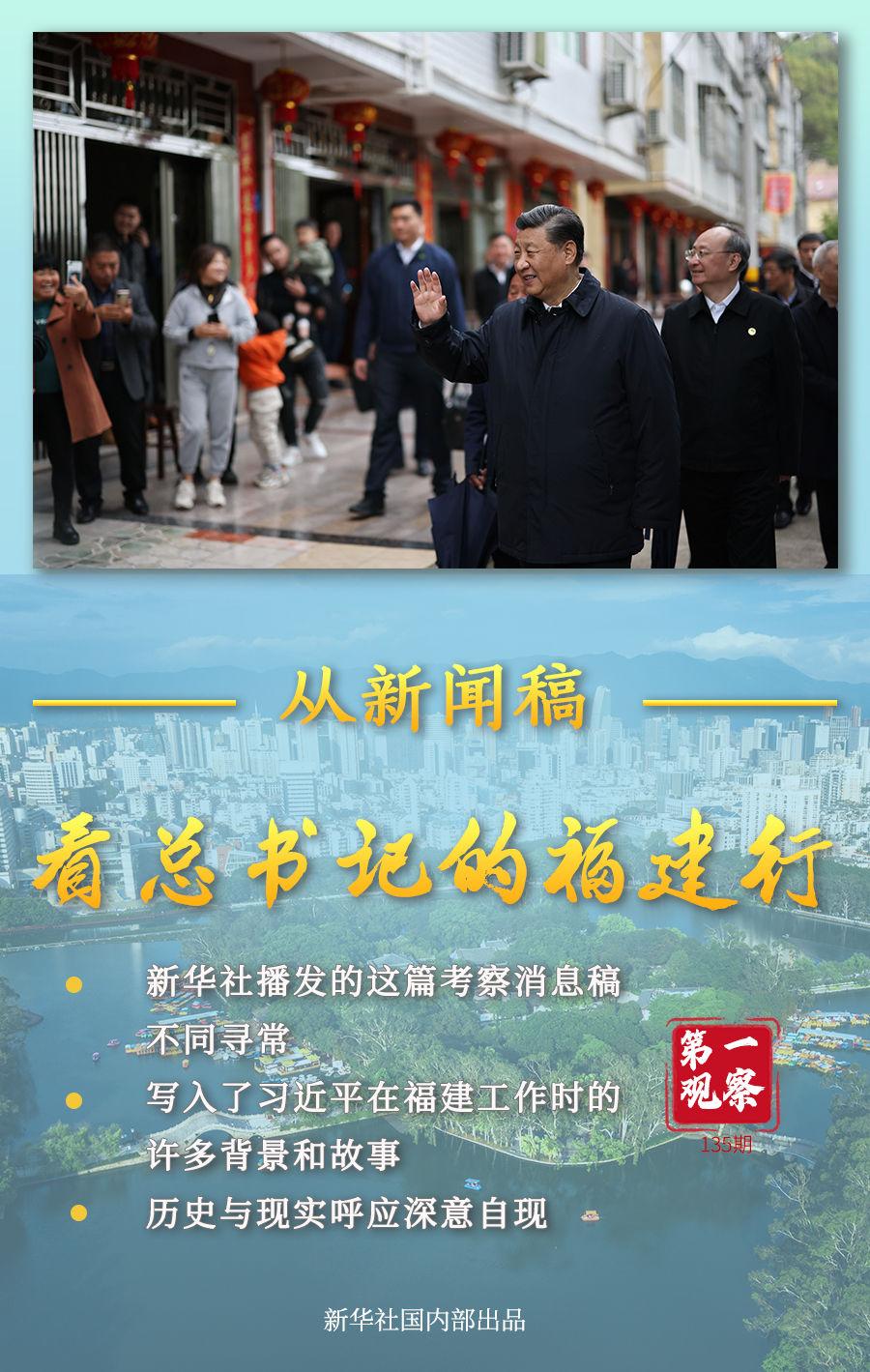 Soon after the National Two Sessions closed, from March 22nd to 25th, General Secretary Xi Jinping left Beijing for an inspection and chose Fujian where he had worked for more than 17 years.

On the 25th, the Xinhua News Agency released the news release of the inspection. While vividly describing the inspection process and the important speech of the General Secretary, it also included many backgrounds and stories about Xi Jinping's work in Fujian. Such cases are rare.

History echoes reality, and the meaning is self-evident——

Success does not have to be in my mind and state;

Always take the people as the center of development thinking.

From this, we can more clearly see the development of General Secretary Xi Jinping's ruling philosophy and ruling character.

——The first stop of the inspection, Wuyi Mountain.

As early as 1998, Xi Jinping proposed that Wuyi Mountain should protect its natural ecology. This is a big issue related to the future and destiny of Wuyi Mountain.

When he was governor of Fujian, he was the first to put forward the strategic concept of building an "ecological province" and made a strategic choice of historical significance for Fujian.

In Fuzhou’s Fushan Country Park, the general secretary’s words are profound: “When I was working here, I envisioned that Fuzhou would be built into a coastal city and a city with mountains and rivers. It is now developing even better than I thought at the time. A state with Fu better benefits the people."

Since the 18th National Congress of the Communist Party of China, ecological and environmental protection has been placed in a more prominent position.

During the "14th Five-Year Plan" period, comprehensive promotion of green development is the main line.

The foresight about the construction of ecological civilization is clearly visible.

This is the afternoon of the 24th. Xi Jinping had a cordial exchange with citizens during his inspection tour in Fuzhou Fushan Country Park.

The reform of Fujian's collective forest rights system has blossomed under the direct promotion of Xi Jinping.

This time, the General Secretary inspected Sanming, an important source of this reform, in order to understand the effectiveness of the reform.

The backgrounds of the times are not the same, but it is the "magic weapon" that General Secretary Xi Jinping has always adhered to to promote the development of reform.

"The reform methodology of crossing the river by feeling the stones is not outdated, nor will it be outdated." The general secretary's remarks at the Shaxian Rural Property Exchange Center run through the present and the past.

This was the afternoon of the 23rd. When Xi Jinping inspected the Rural Property Rights Exchange Center in Sanmingsha County, he had cordial exchanges with the staff and the public.

——The restoration and protection of cultural relics such as Sanfang Qixiang, Lin Zexu's birthplace, and Paleolithic cave ruins of Wanshouyan in Sanming, Xi Jinping devoted a lot of effort back then.

Because of his attention, Sanfang Qixiang prevented the building from being demolished, and a large number of historical relics and monuments have been preserved to this day.

After listening to the introduction of the protection and restoration of the ancient homes in Fuzhou and the Sanfang Qixiang, Xi Jinping emphasized that protecting the traditional neighborhoods, ancient buildings, and cultural relics is to preserve the history and context of the city.

In contrast to the aftertaste, General Secretary Xi Jinping's concept of cultural heritage protection has always been consistent.

The old house and green trees in the cultural district of Sanfang Qixiang, Fuzhou (taken on March 17, 2021, drone photo).

When the "14th Five-Year Plan" and the 2035 long-term goal outline were launched, General Secretary Xi Jinping visited Fujian, followed the exploration and practice of the eight-min land, and drew a new coordinate and ambitious plan for governing the country.

"Today, we are standing at the source of creating the future, and we should establish a sense of advancement and be the trend-makers of the times." Xi Jinping wrote in the preface of the "Fuzhou 20-year Economic and Social Development Strategic Plan".

When working at the local level, Xi Jinping is willing to do groundwork and grasp the unsuccessful things. "It doesn't have to be me for success."

"I sincerely hope that my successor and the leaders of various historical and cultural cities in the province will do better than me." In one sentence, it showed a big-picture mind.

A blueprint is drawn to the end, one job after another.

More than 20 years later, Xi Jinping, who was in charge of the "3820" project in Fuzhou, came here again. A modern international city and a southeast "bridgehead" where economy and ecology go hand in hand, handed in a beautiful answer for this land.