Se-Hoon Oh, Pledge to Customize Thirteen Regions… "100% of the house price is the president's fault"

Seoul Mayor Oh Se-hoon, the power of the people, traveled south of the Han River today. In search of a place with strong support from the ruling party, he appealed for support, saying the government's real estate policy had failed. 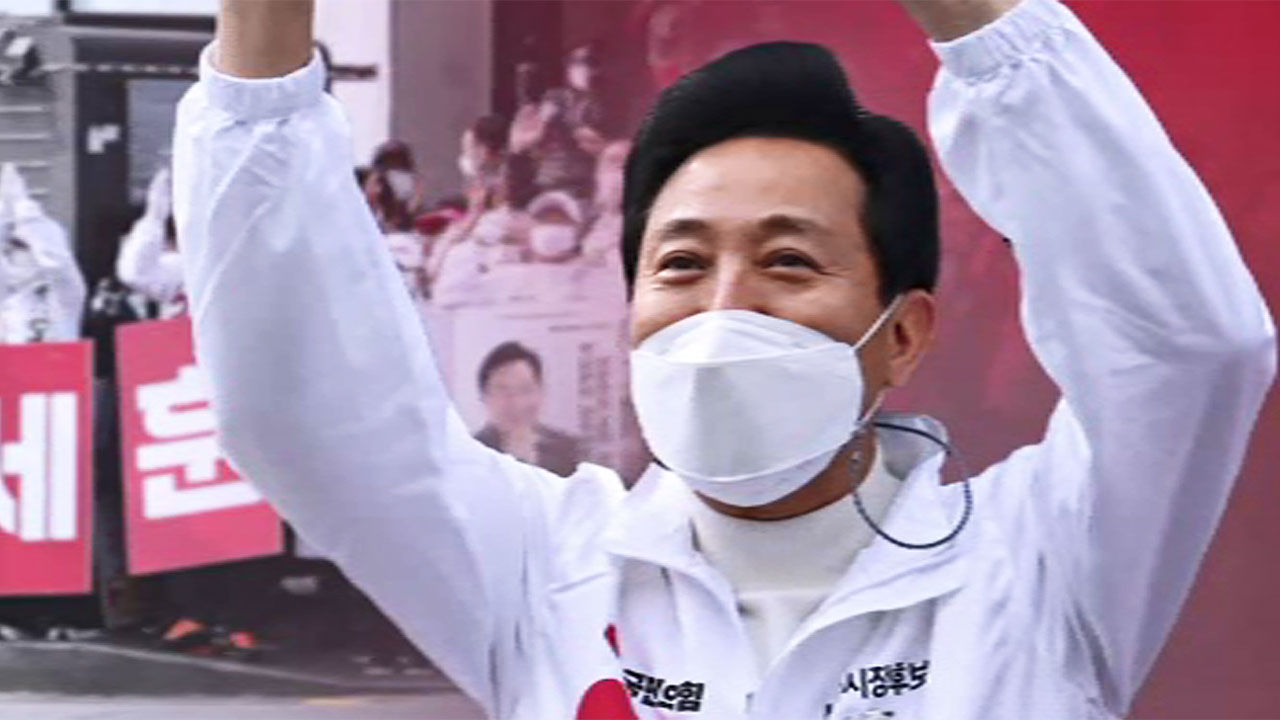 In search of a place with strong support from the ruling party, he appealed for support, saying the government's real estate policy had failed.

In addition, regional-specific promises have been made, such as promoting reconstruction and easing altitude restrictions.

Candidate Se-hoon Oh, the power of the people, visited Park's hometown and fired a direct shot.

Candidate Park made a pledge to relocate the Guro vehicle base as a member of the legislator, but he promised to release it, saying that it has not yet come true.

[Sehun Oh/People's Power Candidate Mayor of Seoul: I was a little angry.

In that way, I managed to manage (regional districts), and with that ability and mindset, I promised to become the mayor of Seoul.] In

Gangseo-gu, where Gimpo Airport is located, I will try to ease the altitude restrictions, and in Yangcheon-gu, I will help accelerate the reconstruction promotion, another Han River. We also toured the sub-regions, showing customized commitments for each region.

He said that the current government's real estate policy has failed.

[Oh Se-hoon/People's Power Candidate Mayor of Seoul: It is 100% wrong to me to raise the house price in this way.] In the

afternoon, I visited Yongsan-gu and appealed to the vote by promising rapid redevelopment and reconstruction.

he had planned as the mayor

, but when I asked a citizen who saw the campaign on site about Candidate Oh

[Gilja Lee/Seoul Citizen: I can't buy a 24 pyeong apartment even though my children earned 20 years."

Jusipsa's desire to hold this.

This reaction was different to the wind and regret.

Today, former lawmaker Yoo Seung-min and others came to support, and Ahn Cheol-soo, the representative of the National Assembly Party, joined the final schedule late in the afternoon and appealed for support of Candidate Oh.