The European Commission intends to tighten control of exports of Covid-19 vaccines on Wednesday in order to improve the supply of the Twenty-Seven. In his sights: the AstraZ laboratory ... 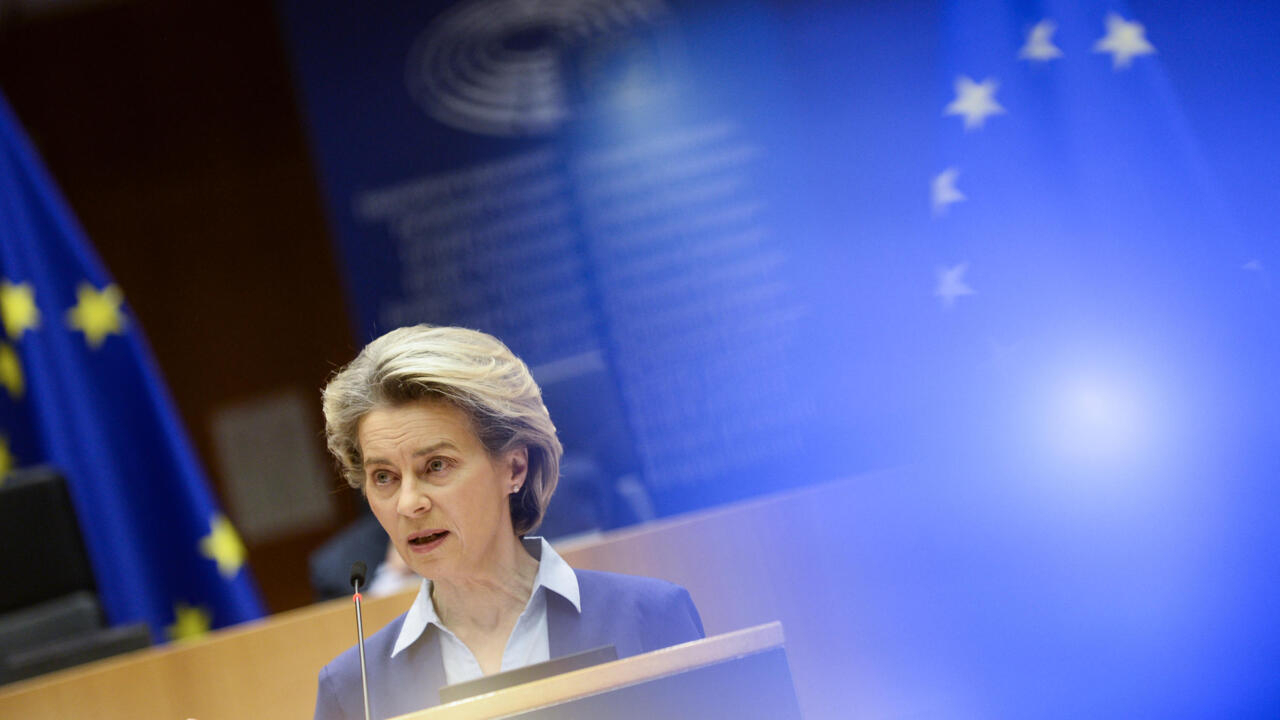 The European Commission is due to adopt, on Wednesday March 24, a tightening of export controls for anti-Covid vaccines made on its soil in order to put pressure on AstraZeneca and the United Kingdom for fair access to the precious vials.

The draft amendment to the regulation, consulted on Tuesday evening by AFP, notes that some countries are blocking exports of doses to the EU "either by law, or by contractual or other arrangements made with vaccine manufacturers".

The European executive "will adopt a review of the transparency and authorization mechanism for exports" of vaccines, a spokesperson for the institution announced earlier Tuesday at a press conference.

The decision aims to increase the supply of vaccines to the EU and will be on the menu Thursday at the video conference summit of the Twenty-Seven, as the continent faces a third wave of the Covid-19 pandemic.

The Commission intends to tighten the conditions for exporting doses to countries which themselves produce anti-Covid vaccines - a measure targeting the United Kingdom - but also to those whose populations are already widely vaccinated.

The EU exported some 10 million doses of all vaccines to the UK between February 1 and mid-March, but conversely, it received no doses produced on UK soil - while the contract signed by AstraZeneca provided for the delivery of doses produced in two factories in the United Kingdom.

Commission President Ursula von der Leyen on Saturday threatened to block AstraZeneca's exports if the EU does not first receive the supplies promised: the Swedish-British laboratory plans to deliver to the EU in the second quarter 70 million doses, against 180 million provided for in the contract.

Discussions between Brussels and London

This threat has fueled fears of retaliatory measures that would hamper vaccine production to the detriment of everyone, as supply chains are built on an international scale.

"In this country, we do not believe in blockages of vaccines or vaccine components, whatever they are," British Prime Minister Boris Johnson reacted on Tuesday at a press conference.

"This is not a path the country dreams of taking and I am encouraged by some of the things I have heard on the continent that are along the same lines," he added.

Intense discussions are underway between Brussels and London to find a compromise, in particular on the outlets for a factory producing the AstraZeneca vaccine in the Netherlands.

Brussels set up a mechanism at the end of January obliging, before any export of vaccines outside the EU by a laboratory, to obtain the green light from the Member State concerned.

This decision must then be confirmed by the Commission.

In seven weeks, only one export request (from AstraZeneca to Australia) was blocked.

The revised device will also aim to prevent a company from "circumventing" a ban, by passing the doses blocked by the EU through another country, said a European source.

The Commission's draft text thus provides for suspending the list of countries affected by exemptions, apart from a handful of micro-states such as San Marino, Andorra and the Faroe Islands.

"This is not an indiscriminate" ban, insisted this source, while Ireland, among other countries, expressed its opposition to any complete "block" of exports.

Belgium and the Netherlands called for caution while France and Germany strongly supported the tightening.