The Grand-Théâtre de Bordeaux, an 18th century building, had been occupied since March 15 by representatives of the world of culture, supported by the CGT. However, other demonstrators, in favor of a "convergence of struggles" moved into the building last Thursday. 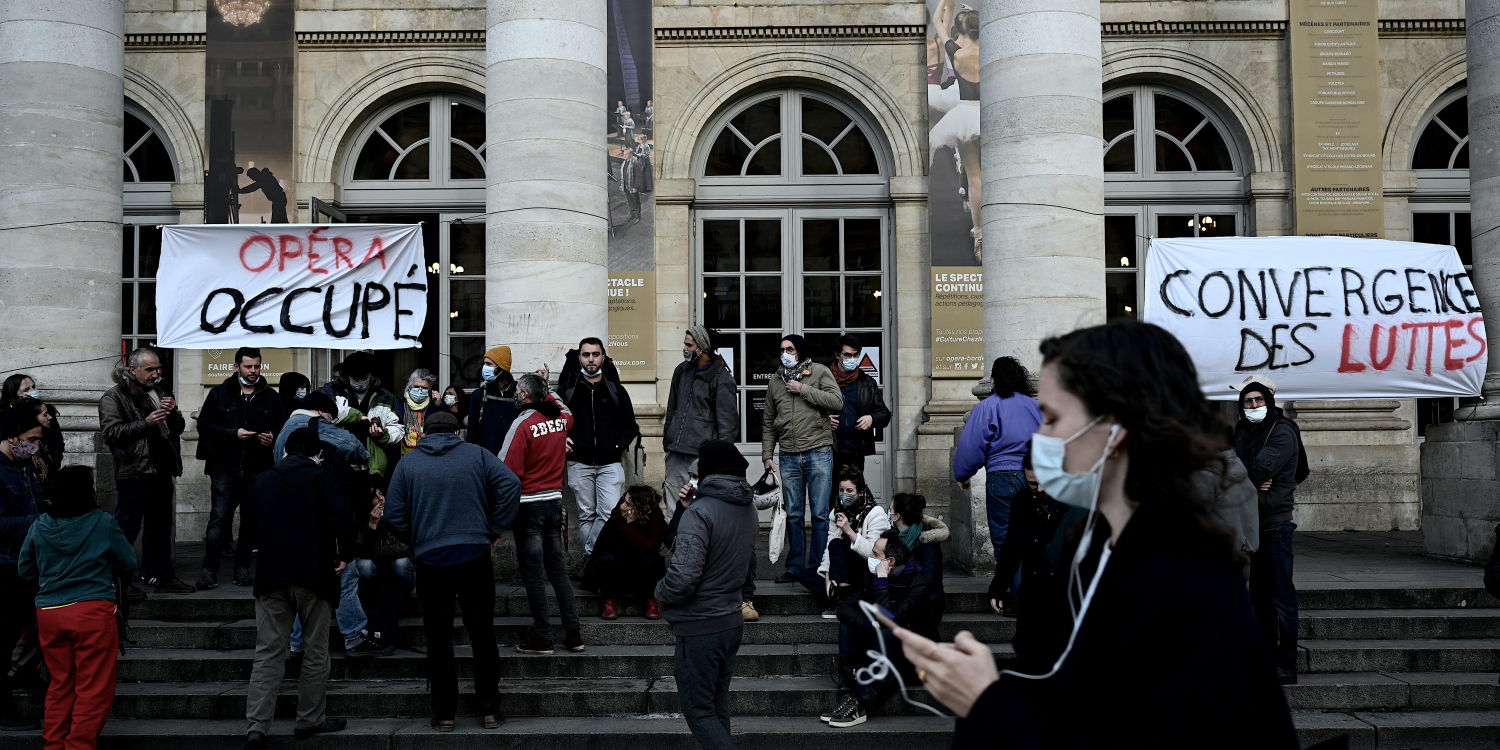 The Grand-Théâtre de Bordeaux, an 18th century building, had been occupied since March 15 by representatives of the world of culture, supported by the CGT.

However, other demonstrators, favorable to a "convergence of struggles" settled in the building last Thursday.

The town hall of Bordeaux set up an evacuation system on Wednesday in the peace of the Grand-Théâtre of the city, occupied since March 15, the municipal police authorizing exits from the neoclassical building, but not the entrances.

In a statement, the ecological mayor Pierre Hurmic explained that "artistic activities and the security of the premises were no longer guaranteed to this day", asking the occupants to "leave the Grand-Théâtre without delay".

The Grand-Théâtre de Bordeaux, a late 18th century monument in the heart of the Gironde capital, was occupied on March 15 by intermittents from the world of culture, with the support of the CGT.

Nevertheless, new occupants had arrived on the 18th, whose demands were closer to the "convergence of struggles" and the fight against precariousness, leading the previous occupants to leave the premises.

Covid-19 and cultural places: the movement to occupy theaters is gaining ground

"It is clear today that this occupation is no longer part of the national demands of cultural actors and that the occupants are not able to guarantee the initial health and safety conditions that had been agreed with the management of the 'Opera ", explains the town hall in a statement, estimating that" the gauges and the gestures barriers are not respected ".

"In addition, the occupants not controlling the entrances and exits, circulation in the premises is absolutely no longer controlled", adds the town hall.

An expulsion request was also filed by the presidency of the Grand-Théatre, dedicated to lyrical art and dance, to the administrative court.

Wednesday morning, several municipal police officers were stationed in front of the glass doors of the Grand-Théâtre.

"Nobody comes in and those who want to go out, go out" but any exit is "final" explained an agent, assuring that "things are taking place in peace".

"This evacuation is the very example of the division of struggles," lamented a 22-year-old student, on condition of anonymity.

"Our struggle has become criminal," denounced another 21-year-old student.