The government's insect protection plans continue to meet with protest from farmers. Today, Tuesday, there was another tractor parade in the government district in Berlin. 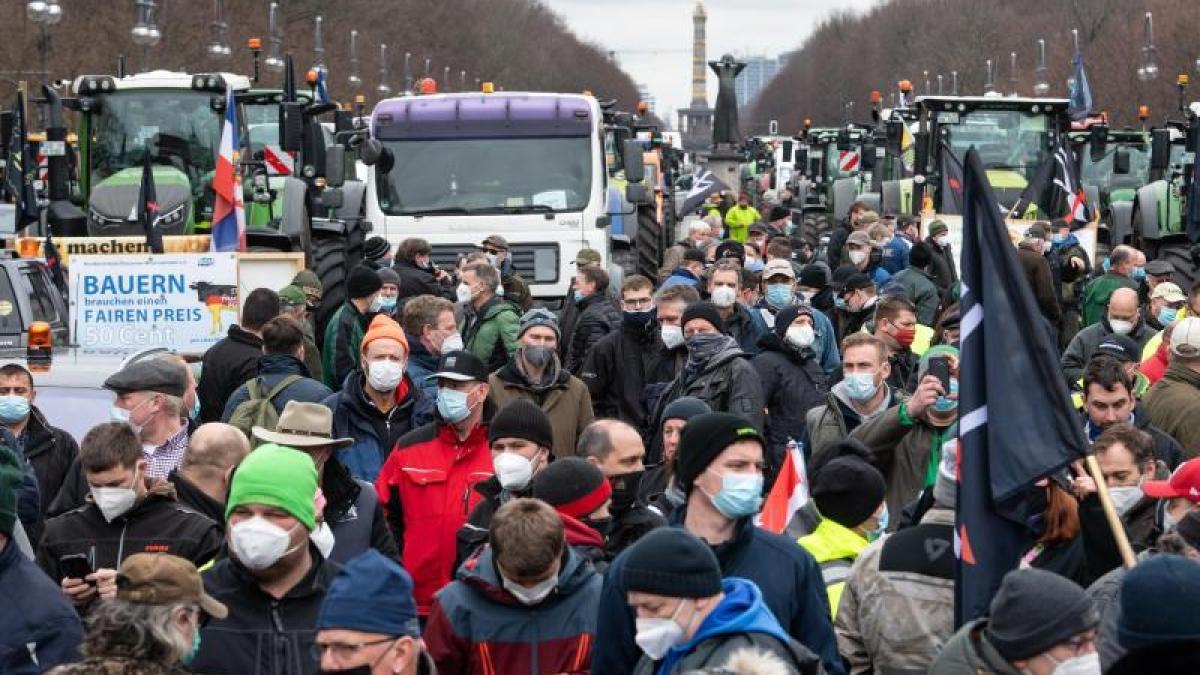 They pulled their tractors through the government district and in front of the Brandenburg Gate.

The police spoke of around 400 vehicles in the afternoon.

On banners it was said "Ideology does not fill you up" and "Farmers are ruined, food is imported."

"We do not want to restrict agriculture any further," said a spokesman for the organizers.

In February, the black and red federal government launched a package of laws to protect insects, which, among other things, is intended to significantly restrict the use of pesticides.

Farmers criticize that this reduces their yields and makes more agricultural imports necessary.

Speakers at the Brandenburg Gate complained that the federal government was only making policy over the heads of the farmers.

There had already been similar criticism when the fertilizer rules were tightened last year.

The planned amendment to the Federal Nature Conservation Act for more insect protection is on the agenda of the Federal Council this Friday.

The reform had been fought for months between the Federal Ministry of Agriculture and the Environment Department.

The draft of the Insect Protection Act provides, among other things, that biotopes such as orchards and species-rich grassland for insects are to be preserved as habitats.

Because with fruit, most of the yield depends on the pollination of the flowers by insects.

The package also includes an amendment to the Plant Protection Application Ordinance.

Farmers fear economic losses from more restrictive use of pesticides.

The herbicide glyphosate will initially be severely restricted and banned entirely by the end of 2023.

Since mid-January, farmers have been protesting daily with small tours in Berlin.

A vigil near Alexanderplatz has initially been registered until Sunday.