China News Service, March 23. According to the WeChat public account of the British "Huawen Weekly", March 21 was the date when British residents filled out the 2021 census form. The census was conducted in England and Wales. As the census proceeded, fraudulent activities in the name of the census became rampant.   According to the "Daily Mirror" report, a 78-year-old British woman was defraude 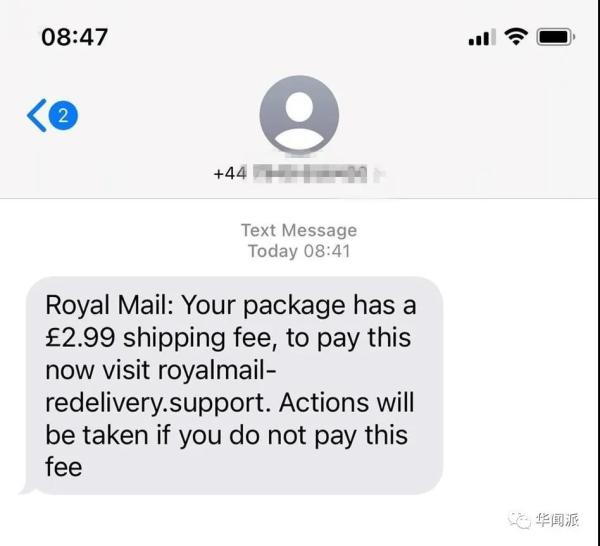 China News Service, March 23. According to the WeChat public account of the British "Huawen Weekly", March 21 was the date when British residents filled out the 2021 census form. The census was conducted in England and Wales.

As the census proceeded, fraudulent activities in the name of the census became rampant.

According to the "Daily Mirror" report, a 78-year-old British woman was defrauded of 500 pounds by criminals in the name of the census.

The door of Judith, who lives in Wimbledon, London, was knocked on. She opened the door and a man who claimed to be a staff member of the National Bureau of Statistics stood in the door.

The man immediately told her that the deadline for filling out the census questionnaire had passed, but she had not completed it and she would be fined 1,000 pounds.

The man told Judith that if she gave the completed census form to herself and paid a fine on the spot, the fine would be reduced to 500 pounds.

Judith said immediately that he did not have so much cash, so he asked the man if he would accept a check to pay the fine.

The man said it was acceptable.

Afterwards, Judith told his son what had happened, only to discover that it was a fraud based on the census.

However, the cheque has been cashed, and Judith has lost 500 pounds as a result.

Simon from Leicester also encountered fraud under the guise of the census, but what he encountered was fraud using the Internet.

Simon received an e-mail last Monday, which warned him that if he did not complete the census questionnaire before March 21, he would face a fine of 1,000 pounds.

A link to fill in the questionnaire is attached to the email, and the website shows that the relevant questionnaire can be completed online within "two minutes".

Simon started to fill out the questionnaire according to the instructions of the website, but the website asked him to fill in the bank information, which made him suspicious.

If Simon continues to fill in his bank information, he may be like Judith, a victim of fraud by criminals using the census.

Earlier this month, the British Fraud Reporting Centre (Action Fraud) stated that they have received a large number of reports of fraud using the census.

Some of the victims, like Judith mentioned above, gave cash or checks to criminals, while others leaked their bank information and national insurance numbers on phishing websites.

The British Fraud Reporting Center stated that under the above-mentioned circumstances, the chances of the deceived person getting their defrauded money back is very small, unless the criminal is caught and prosecuted.

Researchers from the National Bureau of Statistics in charge of conducting the census also said that they understand that recent censuse fraud has occurred in various parts of the UK.

In order to arouse people's vigilance against census fraud, the British Fraud Reporting Center also released a poster to remind people not to be deceived.

·The census agency will only contact you by mail, not by mail, text messages or phone calls;

·The census will only ask you to fill in your date of birth, occupation and residential address. You will not be asked to fill in the National Insurance Number (NI) and bank information.

·The sender’s email address does not match the website address of the relevant organization. For example, census-related emails will only be sent from noreply@help.census.gov.uk, and will not be sent from other mailboxes;

·The email does not show your name, but starts with "dear customer" or a similar general address;

·The content of the email gives you a sense of urgency, such as asking you to take immediate action, otherwise it warns you, "Your account may be closed";

·The attached website link may look very similar to the correct link, but check carefully. Even if only one letter is incorrect, it will link to a completely different website;

·The email has spelling and grammatical errors;

·The entire text of the email is placed in a picture, instead of being placed in a text format as usual;

·The picture points to a fake link.

One is the new crown vaccine fraud, and the other is postal fraud under the name of Royal Mail or DPD.

Royal Mail and DPD reported two typical postal scams in January and February, respectively. Both scams were carried out in similar ways.

The text message asks people to click on a link that links to a fake Royal Mail website.

▲Fake text messages for fraudulent use of Royal Mail.

This fake page requires personal information and bank information. Criminals use this website to steal people’s identity information for fraud.

Scams carried out by fake DPD usually send emails to victims claiming that they missed the package delivered by DPD, so they need to reschedule a delivery and give the victim a link to let them choose the delivery time and pay for the courier at the same time. fee.

A related report in the United Kingdom stated that during the COVID-19 lockdown, people’s online shopping increased sharply, leading to a sharp increase in the number of fraudulent use of postal services.

Katherine Hart, Chief Executive Officer of the Chartered Transaction Standards Association, said: “Royal Mail will only contact you via text message or email when you need to pay customs clearance fees for the items you buy, and deliver packages within the country. Will not do this sometimes."

She also reminded the public that if they have any questions about postal information, they should contact relevant agencies or companies for verification before clicking any links or sharing detailed information.

What should I do if I encounter a scam?

What should you do if you have received similar scam emails and text messages, or encountered door-to-door scams?

The following is the official handling method.

·If you receive a similar fraudulent call, please hang up;

·If you receive a scam email, you can forward the email to report@phishing.gov.uk;

·If you think you have become a victim of fraud or identity theft, you should report it directly to the fraud action hotline at 0300 123 2040;