Brussels is mad at Astrazeneca because the manufacturer supplies much less vaccine than agreed. But do export bans help? Or do you risk a "vaccination war"? After all, people are talking again. 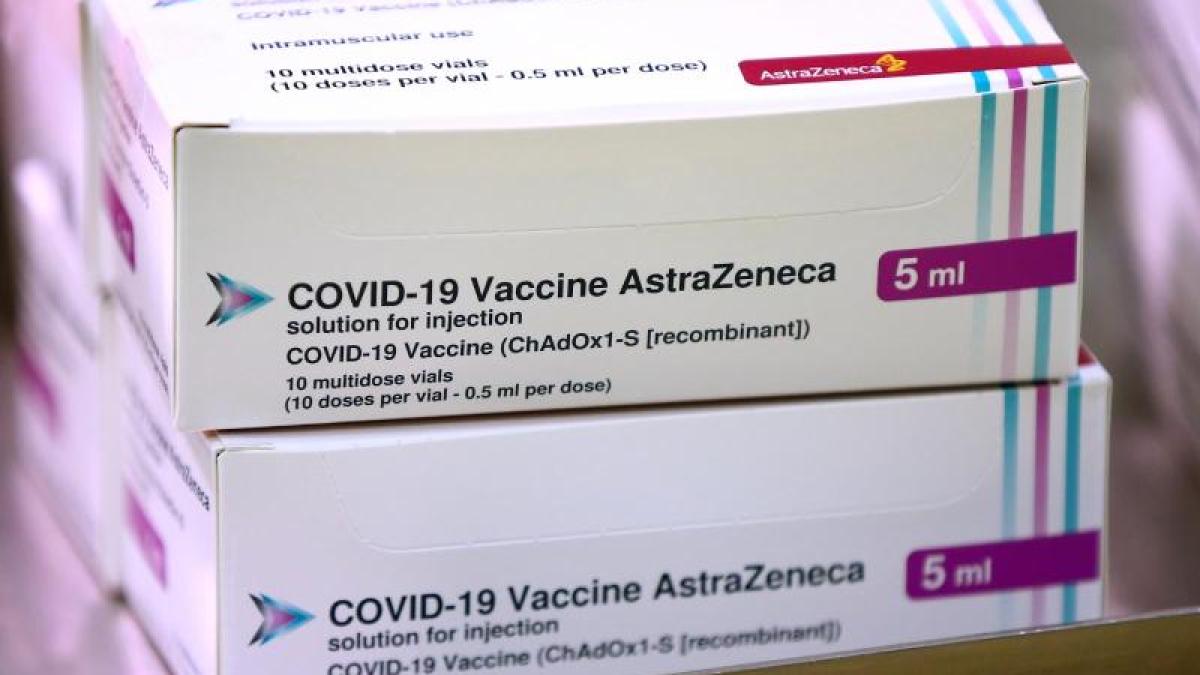 Brussels / London (dpa) - In the dispute over the scarce corona vaccine, Great Britain is confident that it will be able to avert export bans from the European Union.

"After talks with EU partners in recent months, I am sure that they do not want any blockades," said Prime Minister Boris Johnson of the Bloomberg agency.

The EU Commission made it clear in Brussels that it actually did not want any export bans either.

But the EU must get vaccines ordered from manufacturers quickly and reliably.

The company had drastically cut its deliveries to the EU unilaterally: Instead of the originally targeted 120 million vaccine doses, only 30 million should come in the first quarter and 70 million instead of 180 million doses in the second quarter.

In principle, the EU accuses Great Britain of not exporting vaccines, but of using deliveries from EU countries itself.

According to information from EU circles, around 18 million vaccine doses have so far gone from the EU to the United Kingdom.

Great Britain is currently hoping for Astrazeneca supplies from a plant in the Netherlands, especially since vaccines are also in short supply in the UK.

Astrazeneca itself says next to nothing about the conflict.

When asked, Vice President Ruud Dobber only said that the Dutch plant hardly played a role in the supply chain.

"We're doing our best to deliver all cans to the Europeans," said Dobber.

Johnson said in Preston, northern England, the UK would continue its vaccination program at full speed.

According to information from the BBC, before the EU summit on Thursday, the prime minister wants to convince Chancellor Angela Merkel and French President Emmanuel Macron not to block exports.

The prime minister is said to have already spoken to both of them on Sunday.

At the EU summit, von der Leyen's proposals for further export restrictions are to be an issue.

So far, however, it is not clear how far the measures could go and who exactly they would affect.

"We all have to wait a little longer for the exact proposals," said commission spokesman Eric Mamer.

For the time being, von der Leyen's calculation seems to threaten governments and manufacturers to talk about faster deliveries to the EU, if possible.

Because export restrictions are also controversial in the EU.

Irish Prime Minister Michael Martin spoke out against it on Monday on RTÉ: "I'm very much against it, I think it would be a very backward-looking step."

He warned against undermining the supply chains of other vaccine manufacturers such as Moderna and Johnson & Johnson over the problem with Astrazeneca.

"That only gives others an excuse to interrupt supply chains," said Lange of the German press agency.

The EU should rather punish the delivery problems at Astrazeneca with contractual penalties.

“I don't understand why the export control cannon is brought out of the cellar,” said the trade expert.

The head of the Darmstadt pharmaceutical and chemical company Merck, Stefan Oschman, told the "Handelsblatt": "A vaccine war will harm everyone."