France: against racial discrimination, rationalize recruitment and "hit the wallet"

Since a United Nations resolution of 1966, each March 21 has been designated “International Day for the Elimination of Racial Discrimination”. In France, the Defender of Rights and more ... 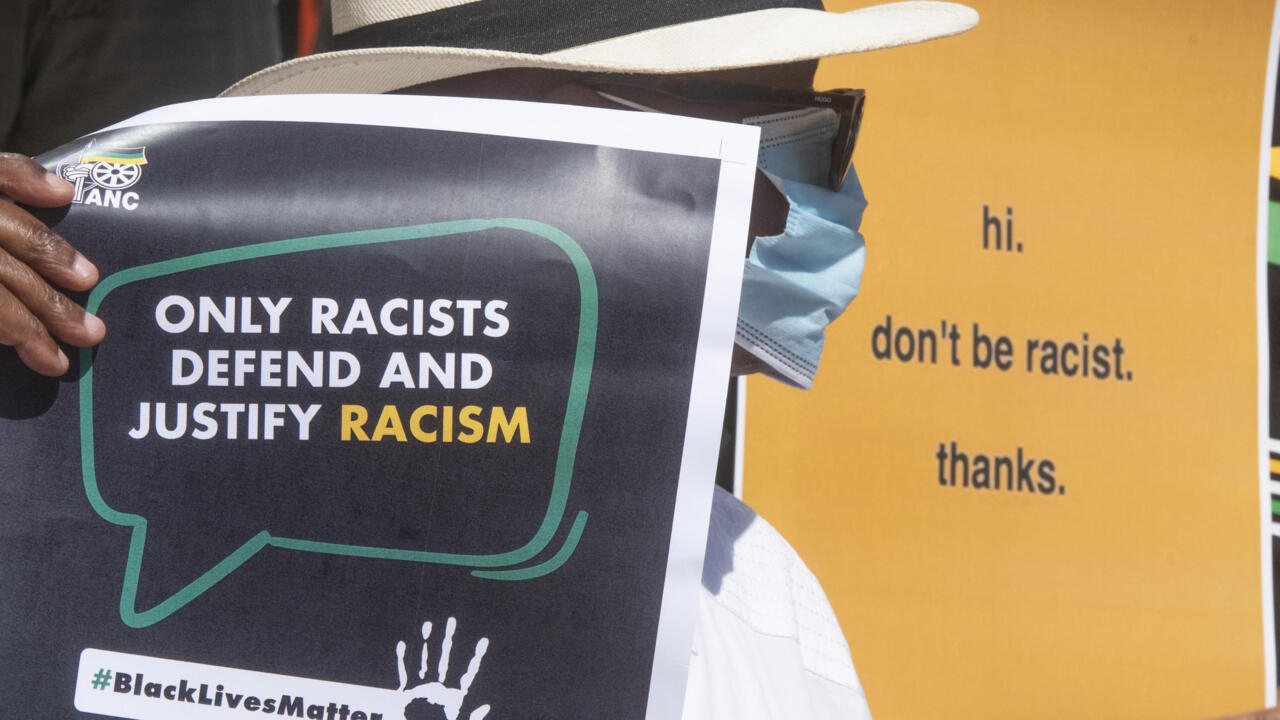 France: against racial discrimination, rationalize recruitment and "hit the wallet"

Since May 2020 and the death of George Floyd, the Black Lives Matter movement denounces racial discrimination around the world.

Since a United Nations resolution of 1966, each March 21 has been designated “International Day for the Elimination of Racial Discrimination”.

In France, the Defender of Rights and several observers call for combating their persistence through several measures, including the strengthening of legal proceedings and the change of recruitment processes in companies.

France is really behind on the issue of the fight against racial discrimination,"

We would need a strong and interministerial political will, like what is being done on the issue of gender equality.

art of foreign origin or perceived are disadvantaged in access to employment or housing and most exposed unemployment, insecurity, poor housing, police checks, poor health and educational inequalities.

The situation has worsened since the first measures in 2008, and risks being further exacerbated by the economic crisis induced by the coronavirus epidemic.

Half of the racial discrimination denounced relates to hiring

Almost half of the complaints made by the Defender of Rights for racial discrimination concern access to employment.

For fifteen years, the measurements carried out have shown stagnation

observes Jean-François Amadieu, professor at the University of Paris 1 Panthéon-Sorbonne and president of

Clearly, this means that an individual with a foreign name, with equal skills, has a quarter less chance of being contacted for a job interview than someone with a French name

According to the researcher, the situation is the same in the United States, despite the implementation of affirmative action policies.

But he nevertheless observes a strong variability according to the activity sectors: “

The situations are very contrasted.

Some large companies have succeeded in completely eradicating discrimination in the recruitment process, while others, such as

, continue to be singled out for each major test

According to Jean-François Amadieu, it is jobs in contact with customers that discriminate the most, because physical appearance is considered crucial.

Against this phenomenon, in addition to training in non-discrimination, one of the solutions would be to anonymize CVs while radically changing the recruitment process.

The anonymous CV is not useful on its own.

France is lagging behind in its recruitment methods, which involve a lot of job interviews, a face to face meeting where there is a great deal of subjectivity

Recruitment should be streamlined with personality tests and scenarios, to measure people's skills without looking at their physique.

An idea borrowed from certain symphony orchestras, which practice “blind” recruitment: the candidate plays hidden behind a curtain, so that his appearance does not influence the jury's decision.

In the same vein, economists Marie-Anne Valfort and Stéphane Carcillo recommended in June 2020

the systematic establishment of precise

job descriptions and formal and homogenized job interviews, based on skills, to avoid any hiring discrimination.

Strengthen sanctions to fight against the feeling of impunity

But according to all observers, these methods cannot go without strengthening the sanctions in the event of discriminatory behavior.

, Malik Salemkour calls for the establishment of receipts, allowing the traceability of controls.

It's a solution that has worked in London

So is the use of cameras in the United States.

An analysis shared by Jean-François Amadieu.

is the feeling of impunity, whether in the police force or among large companies.

If bad behavior has no consequences, media, criminal, financial or professional, it does not change.

They therefore call for the generalization

in cases of discrimination.

Common in the United States, but also in Portugal and Italy, this legal provision allows a large group of people to collectively sue a company or a public institution to obtain financial compensation.

In France, group action has been included in the Consumer Code since 2014 and its scope was widened in 2016, but the system is still in its infancy and only results in the payment of limited compensation.

► Also to listen: Facies checks: "This group action is an opportunity for everyone"

"Type in the wallet"

The damages remain too low

As long as you don't really hit your wallet, behaviors don't change.

A community that has to pay for the action of a poorly trained police officer may reform its police more, just like a business with its HR

The city of Minneapolis must thus pay

to the family of George Floyd,

the African-American killed by white police officers at the

end of May 2020, in parallel with the criminal trial still underway.

but as long as our penal code does not frighten anyone, there will be no deterrence

Neither interest for the victims to seize the courts.

80% of victims of discrimination would thus give up filing a complaint, according to Marie-Anne Valfort and Stéphane Carcillo, who also call for "making

the threat of legal sanction credible

", and for strengthening information on the systems already in existence.

In the meantime, a

, has just been set up to collect the voices of victims of discrimination and support them in their efforts.

To read also: Macron launches the “anti-discrimination” platform, a tool for equal opportunities

Macron launches the "anti-discrimination" platform, a tool for equal opportunities

"The race kills twice", by Rachida Brahim, a French complex

The "Adama Project", a committed podcast