During the year, more than 10 places have raised the urban and rural subsistence standards, and 8 provinces are on the road 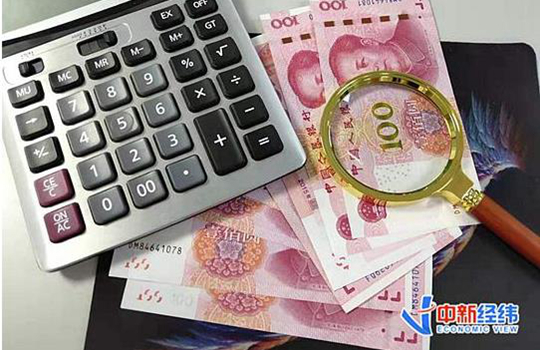 China-Singapore Jingwei Client, March 22 (Zhang Meng) Since 2021, more than 10 cities have raised their urban and rural subsistence allowances, and 8 provinces are on the road.

Han Keqing, a professor at the School of Labor and Human Resources of Renmin University of China, pointed out in an interview with a reporter from China-Singapore Jingwei that my country’s economic development has always maintained a good trend of sustained growth, and the national income level has continued to increase.

Raising the subsistence allowance standard not only meets the expectations of economic growth and residents’ income increase, but also better guarantees the basic lives of the needy groups and their families.

Jiang Han, a senior researcher at Pangu Think Tank, told a reporter from Sino-Singapore Jingwei that with the improvement of economic development, it is necessary to increase the subsistence allowance standard. Increasing the subsistence allowance standard is conducive to improving the happiness and sense of gain of the people, and it is also conducive to Stimulate the vitality of the entire society.

8 provinces are raised on the road

At the provincial two sessions in 2021, the work report of the seven provincial governments including Shanghai, Henan, Heilongjiang, Inner Mongolia, Shanxi, Hunan, and Tibet clearly mentioned that the minimum guarantee standard will be raised.

In addition, the Chongqing Civil Affairs Department recently revealed that it will also moderately raise the urban and rural subsistence allowance standards.

Specifically, Shanghai proposes to coordinate the improvement of pension, medical insurance, and subsistence allowances and other social security treatment standards, reform and improve the social assistance system; Henan requires that the urban and rural subsistence allowances, the support of extremely poor people, and the support of orphans should be appropriately raised to ensure the basic protection of the needy people. Life; Heilongjiang requires that the urban and rural subsistence allowances and special poverty support standards continue to be improved, and the hierarchical and classified social assistance system is improved; Inner Mongolia mentioned that the basic pensions for urban and rural residents and the assistance guarantee standards for the needy people should be improved.

In addition, some provinces actually proposed the increase in the amount.

Associate Professor Zhang Zhixin of Capital University of Economics and Business pointed out to the China-Singapore Jingwei reporter that three principles should be adhered to to improve the minimum living standard: one is to implement the bottom line function of the minimum guarantee; the other is to be consistent with the local economic development level and residents' income level; Third, we must adhere to the principles of openness, fairness, and transparency in the included procedures.

Zhang Zhixin also suggested that raising the subsistence allowance standard should avoid "swarming" follow-up, and that all localities should steadily set standards based on economic and financial income and ability to pay.

Expert: use big data for dynamic monitoring and adjustment

Speaking of how to promote fairness, fairness, openness, and transparency in the inclusion of Dibao, experts said that big data and third-party assessments can be used for dynamic monitoring and adjustment.

Han Keqing pointed out that the subsistence allowance system is under the responsibility of the Department of Social Assistance of the Ministry of Civil Affairs. It has formed a well-organized management system with a four-level administrative structure of "central-provincial-prefecture-city-district/county" as the main body, and established a low-income family identification guidance center, etc. mechanism.

The above-mentioned systems and institutions extend down to urban and rural communities, where community directors or full-time staff conduct regular or irregular household surveys to dynamically adjust subsistence allowances.

In addition, third-party evaluation is also an important basis for the Dibao review and target adjustment.

Zhang Zhixin suggested that through scientific and technological means, strengthen the dynamic monitoring of the big data (income, property status, consumption data) of the subsistence households, and the regulatory authorities, public opinion, and news media form an appropriate regulatory pattern.