Weekly money, video games and designer clothes - this is how the clients of the supported housing lived

Despite the fact that they already had income, people who the City of Malmö placed in a supported housing received food, clothes, video games, bus passes and weekly allowances paid by the supported housing. The Swedish Tax Agency is now cracking down on the housing business' purchases and believes that they should be seen as private costs for the company's owners. 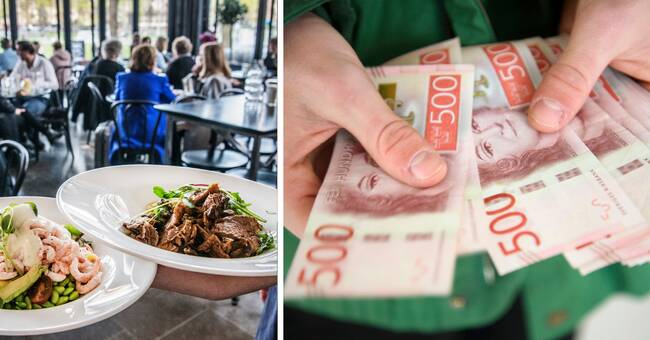 SVT Nyheter Skåne has previously examined the supported housing that the city of Malmö has hired, among other things to help criminals change careers.

A month ago, the city of Malmö was fined ten million for using the supported housing without procurement, and SVT Nyheter Skåne has previously told how gang criminals used the housing as a base.

The criminals were offered, among other things, a ski trip to Sälen for SEK 75,000.

The company's main income comes from the city of Malmö.

Got clothes from Hugo Boss

When the Swedish Tax Agency has now examined the company's finances for the years 2017 and 2018, it has turned out that the clients have been offered far more than what is expected in a supported housing placement.

Among other things, the company has bought Hugo Boss clothes for SEK 7,889 for a client so that he could attend a wedding "in a decent way".

One of the gang criminals got a playstation game, so that he would stay home in the evenings.

The company had no claim to pay for the investors' private living costs.

Nor on being responsible for pleasures or activities.

“The Swedish Tax Agency assesses that the various purchases are of a purely private nature.

The expenses are seen as your business leader's personal hospitality [...].

These costs should therefore be seen as salary for the company manager ", they write in their decision.

The consequence will be that the owner now receives a tax cut of just over SEK 1.2 million.

The investors have their own income

In addition, the Swedish Tax Agency points out, clients already have an income in the form of income support from the municipality, other grants or salary.

Rickard Vroland, head of department at the Labor Market and Social Administration in the city of Malmö, does not want to stand for an interview but writes to SVT Nyheter Skåne that if a person who receives income support receives funds elsewhere, it should be included in the calculation of financial assistance.

"It is not the intention that someone should in principle receive double funding," he writes.

The owner of the supported accommodation writes via his lawyer that all purchases are made to the clients and that it is part of the business.

The company must appeal the Swedish Tax Agency's decision.

See more in the clip about what the assisted living company bought for its clients.