Hard pressure on gynecology: "Stressful in the long run"

Many healthcare workers who work in gynecology on a daily basis have been moved to other departments during the pandemic to take care of covid patients. The care association warns that this leads to an increased workload and harsh priorities in several gynecological departments. - Our members flag that the care has not been good and safe, says chairman Sineva Ribeiro. 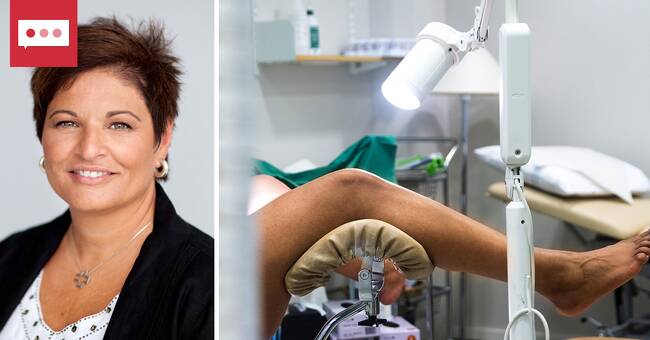 In gynecology, many nurses, doctors and assistant nurses have been moved to intensive care units and wards to take care of covid patients.

The care association's chairman Sineva Ribeiro believes that women's healthcare has been left behind during the pandemic as a result of staff transfers and that this can ultimately affect the care that women and girls receive.

- It is about lowering the level of competence in departments that are not covid departments, because they have been sent there with experience, she says.

At Helsingborg's hospital, staff from the BB department and the gynecology department have been moved.

The gynecology ward has also been reorganized to receive other types of patients than what is normally done.

Johanna Wagenius, operations manager in obstetrics and gynecology, believes that this leads to an increased workload for the remaining staff.

In addition, hard priorities have been forced.

In principle, all surgery except cancer surgery has been affected.

- We have had to focus on the most important things and it will be very stressful in the long run for the staff, she says.

"Important with a reasonable workload"

The department of gynecology and reproductive medicine at Sahlgrenska University Hospital in Gothenburg has also been relocated, which has meant that less acute care has been downgraded.

According to operations manager Corinne Pedroletti, for example, these may be women who are waiting for prolapse and urine leakage operations.

She believes that this risks leading to a pent-up need for care for a long time after the pandemic has subsided.

- It is important to ensure that there is a reasonable workload for our employees who have had a tough time during the pandemic but who will eventually have to deal with this as well, she says.

The Department of Gynecology and Obstetrics at Danderyd Hospital in Stockholm has also lent staff.

- Lending of employees has been possible because we have reduced the planned operations such as receptions and operations, writes operations manager Maria Persson in an email.