"A reminder of its existence": why Kiev requires NATO to respond to a request to participate in a Membership Action Plan

Ukraine needs a response to its request to participate in the NATO Membership Action Plan. This was stated by the Ukrainian Deputy Prime Minister for European and Euro-Atlantic Integration Olga Stefanishina. She noted that Kiev should understand in what format the alliance countries see cooperation with Ukraine in a ten-year perspective. Experts note that both NATO representatives and the Ukrainian authorities regularly talk about "open doors" for Kiev, but in reality the process is extremely slow: in 2020, the country received only the status of a partner of expanded opportunities. RT interlocutors in political circles note that the Ukrainian leadership is in no hurry to solve internal problems that prevent joining the alliance. 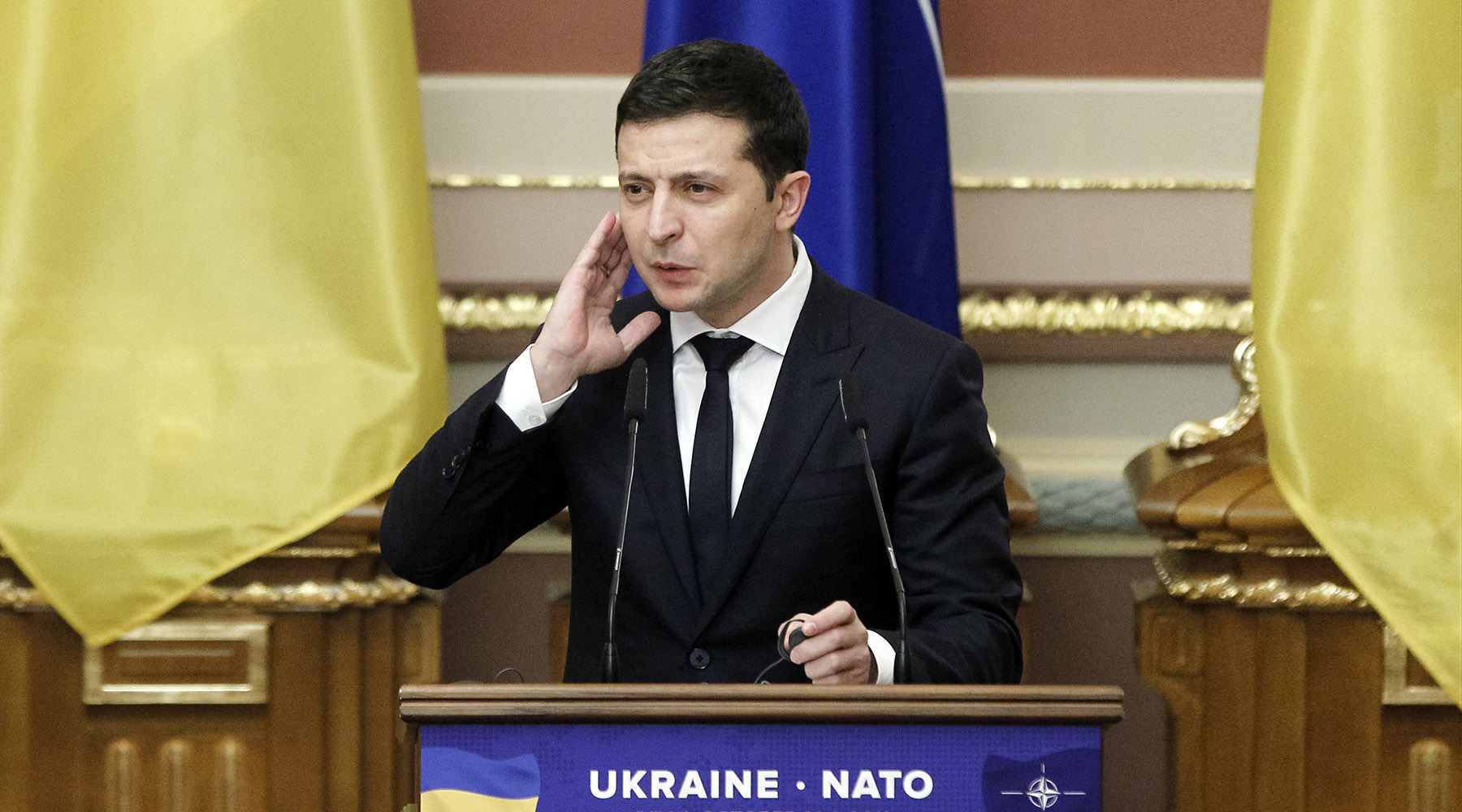 Ukraine's Deputy Prime Minister for European and Euro-Atlantic Integration Olga Stefanishina expects Kiev to receive a response from NATO to a request for an action plan for NATO membership.

According to her, Kiev needs this in order to understand in what vein the bloc members see cooperation with the Ukrainian side in the next decade.

“Today the level of our interaction with the alliance, as well as the level of internal transformations, is incomparable with 2008.

Today NATO countries are shaping a new vision until 2030.

Ukraine must understand where the countries of the alliance see it in a ten-year perspective.

Therefore, it is important to have an answer on the receipt of an action plan for membership, "Stefanishina said in an interview with the Ukrinform agency, recalling that this is" not a membership yet. "

According to her, the granting of the MAP will be a "political decision" that will give Ukraine an impetus to mobilize efforts for further reforms and integration into the Euro-Atlantic community.

“A meeting of NATO leaders is now being prepared, and we hope that the Ukrainian issue will be on the agenda,” the Deputy Prime Minister emphasized.

On March 5, Olga Stefanishina announced that Ukraine is ready to receive an action plan for NATO membership.

At the same time, on March 11, the Ukrainian Deputy Prime Minister, at a meeting with the commander of the NATO Ground Forces in Europe, Roger Cloutier, said that Ukraine expects to appoint its representatives to positions at the headquarters of the alliance, as well as in its command structures.

However, less than a month ago, a telephone conversation took place between Vladimir Zelensky and Jens Stoltenberg.

As a result of the conversation, Kiev once again announced "NATO's doors open for Ukraine."

NATO Secretary General confirmed this information, speaking at the College of Europe in Bruges.

At the same time, he noted that so far Kiev does not meet the necessary criteria.

“Ukraine and Georgia need to meet NATO standards for this.

My main message is that they need to focus on reforms to modernize institutions and fight corruption.

And we are helping them carry out reforms, ”he said on March 4.

At the same time, the head of the office of the Ukrainian president, Andriy Yermak, expressed the hope that the process of the country's entry into the alliance "will be accelerated as much as possible."

In his opinion, Ukraine's inclusion in the Enhanced Opportunities Partner (EOP) program last year brought Kiev to a “new level”: “Now is the time when Ukraine should talk about joining NATO every day, demand is executing a roadmap of steps required for the association. "

However, the statements of the Ukrainian side are not supported by facts.

As British Ambassador to Kiev Melinda Simmons stated, Ukraine has not carried out enough reforms to be granted the MAP.

“You have just received the EOP and it includes several specific changes that are expected of you.

And you do only a minority of them and say: “And now we want the MAP,” she said in an interview with Evropeyskaya Pravda.

In addition, experts from the American think tank Defense Priorities called on NATO and the US authorities to refuse to support Ukraine's possible entry into the North Atlantic Alliance.

According to analysts, such a position, among other things, will help Ukraine maintain neutrality between the West and the East, as well as focus on resolving internal problems, including the fight against corruption.

In November 2020, Vineta Kleine, director of the NATO Information and Documentation Center, urged Kiev to focus on internal reforms.

“Of course there is no shortcut to NATO membership.

Regarding the reforms to which Ukraine is committed, it is very important that they are implemented, carried out and bring results, ”explained Kleine.

It is worth noting that the representatives of the alliance in recent years have repeatedly announced their intentions to grant Ukraine membership in the organization in the future, but so far this process is progressing extremely slowly.

Let us remind you that in January 2008 Ukraine submitted an application to start the implementation of the action plan for NATO membership, but a few months later it was refused due to the position of France and Germany, as well as a number of other countries.

In 2014, against the background of the conflict in Donbass and the reunification of Crimea with Russia, the Verkhovna Rada canceled the country's non-aligned status.

In June 2017, the course towards NATO membership was proclaimed one of the foreign policy priorities of Ukraine, and in February 2019, the corresponding provision was enshrined in the Constitution.

On June 12, 2020, Ukraine received the status of an enhanced capabilities partner, which provides the state with expanded access to NATO programs and exercises.

Prior to this, the EOP program included five countries: Australia, Georgia, Jordan, Finland and Sweden.

"Ukraine is not expected in NATO"

According to political scientist Ivan Mezyuho, "no one is waiting for Ukraine in NATO."

“This conclusion can be made based on the statements of its leadership and the behavior of this military bloc in relation to Ukraine.

It is obvious that the North Atlantic Alliance is not going to accept the Ukrainian state into its membership in the near future.

NATO is simply using Ukraine as its training base, ”the source said to RT.

The expert also expressed doubt that the calls of Olga Stefanishina will be heard in NATO.

He also did not rule out that in the future a military base may appear in Ukraine, but not NATO, but the United States - such military cooperation between Kiev and Washington corresponds to the anti-Russian plans of the White House.

“However, no one sees Ukraine as a full member of the North Atlantic Alliance.

And, first of all, the United States does not see this as the main state in the alliance.

There are many reasons why Ukraine is not admitted to NATO, ranging from civil confrontation within the country to financial issues, ”Mezyuho said.

According to a RT source at the Ukrainian Ministry of Defense, it is not clear why Kiev believes that the country should become a NATO member by 2030.

Similar plans, in particular, were voiced by the first deputy head of the Ministry of Foreign Affairs of Ukraine Emine Dzhaparova.

“Why exactly by this date, and not, say, a year later, is not very clear.

The purpose of such public statements is to remind the alliance of its existence.

Everyone understands perfectly well that public appeals cannot improve the situation - there is corruption in the army, old equipment and an army that is ineffective.

I'm not even talking about hostilities on the territory of Ukraine, "says the source of RT.

The Servant of the People party believes that Kiev will not receive membership in the alliance until it resolves its internal problems.

But at the moment, the authorities are in no hurry to move in this direction.

“The position of Ukraine on the issue of joining NATO is weak, and therefore such hysterical statements are being heard.

The alliance expects Ukraine to achieve peace in Donbass, reform the armed forces, and fight corruption.

This causes shock to Western partners, turning into laughter.

One cannot get into NATO on statements alone, "a representative of the political force explained in an interview with RT.