Irregular on Italian territory, the man had repeatedly confided to other compatriots the will to carry out attacks in Italy in the name of Jihad, also instigating some foreigners to carry out acts of terrorism 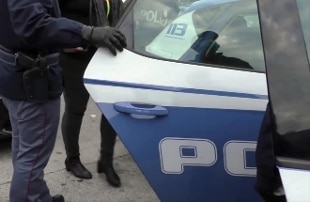 March 18, 2021 Nairi Nasir, 28 years old, was denounced for apology and incitement to commit a crime and repatriated to Tunisia. Irregular on Italian territory, the expulsion came at the end of a detailed investigation by the police and man had repeatedly confided to other compatriots his will to carry out attacks in Italy in the name of Jihad, also instigating some foreigners to carry out acts of terrorism.

The investigations into the 28-year-old expelled had begun last October, when, at the end of a religious service in a mosque in Turin, he approached the Imam extolling the terrorist action of the Parisian bomber responsible for the beheading of Professor Samuel Paty. scolding the preacher for stigmatizing the criminal action.

Positive at Covid, the man threatened to cut the throats of the doctors of the extraordinary reception center where he was treated.

Associated with the Detention Center for Repatriation, for investigators he immediately highlighted a particular inclination to violence.

"We must follow the path of Allah - he has repeatedly argued threatening the members of the police force - to do Jihad either here or in Syria; I have nothing to lose, that is my goal and my path; see you outside and I blow you up because I am kamikaze ishallah; if you send me to my country; afterwards I go to Syria and I want to do Jihad ".

The Tunisian is also accused of having instigated the revolt of some compatriots and of having participated in the damage of some housing modules, as a result of which he was arrested and sentenced to 2 months and 20 days in prison.