Audi now sells every second car in China, and the market there is booming. But for the increasingly electrified and digitized cars you need chips - and they are currently missing. 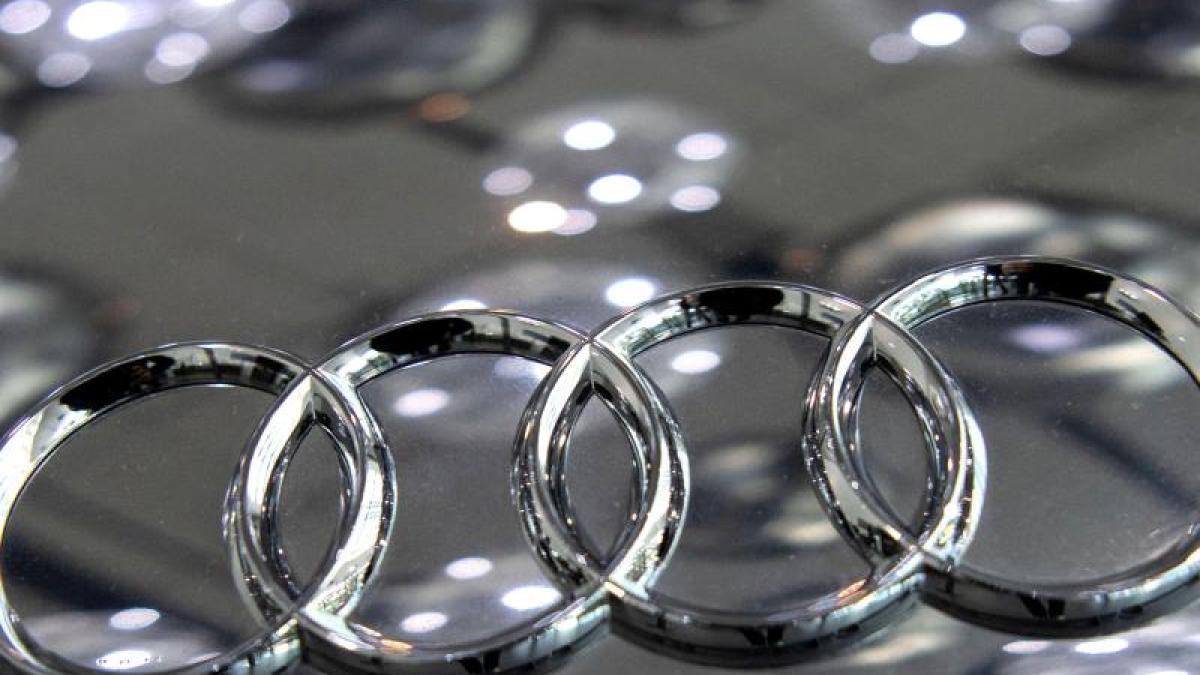 Ingolstadt (dpa) - Audi is “cautiously optimistic” for the current year.

Business is going well, especially in China, with Audi selling more than half of the cars sold in January and February in the People's Republic.

In addition to the Corona crisis, CEO Markus Duesmann is worried about the supply shortfall in semiconductors: The supply chains are torn in several places, "the effects can be clearly felt through rescheduling," he said on Thursday in Ingolstadt.

In the current quarter, Audi could therefore build around 10,000 fewer cars.

However, he expects Audi to catch up on the lost numbers over the course of the year.

From the third quarter onwards, the supply should improve again, said Dirk Große-Loheide, Board Member for Purchasing.

"2021 remains challenging", but: "Our ambitious goal is to grow significantly compared to the previous year," said CFO Arno Antlitz.

Last year, deliveries fell by eight percent to 1.7 million cars, sales fell from 55.7 to 50.0 billion euros and the operating result from 4.5 to 2.6 billion.

In China, the CEO is expecting “again significant growth” this year.

He sees “there is still enormous potential in China”, the country is “a central pillar for the sustainable success of Audi” and “a matter for the boss”, said Duesmann.

With its Chinese partner FAW, Audi will already be building twelve models on site by the end of this year.

With FAW, Audi is now building an electric car plant in Changchun.

And with the additional Chinese partner SAIC “we will start a new growth phase”.

VW CEO Herbert Diess brought Duesmann from BMW to Audi a year ago in order to make the brand the group's technology pioneer again after the diesel scandal.

Under Duesmann's direction, an outsourced software unit is now developing a uniform operating system for all cars in the VW Group.

It will be used for the first time in the fully networked, fully electric luxury Audi Artemis announced for 2024, as will the new uniform VW battery cell.

Tesla is still ahead in terms of digitization, "the Artemis project is our answer," said Duesmann.

The software unit is financed from the Group's coffers in Wolfsburg, which saves the Audi subsidiary a lot of money.

Then Audi wants to have 20 all-electric vehicles in its range and sell every third car as a hybrid or e-car.

And in two or three years, the profit margins of electrified cars should have adjusted to the level of gasoline and diesel cars, said Antlitz.

Duesmann had already announced that Audi would no longer develop new gasoline and diesel engines.

How long Audi will continue to build the engines, the board wants to decide by the summer, he said.

The strategy is currently being revised.

But «that is probably also decided by our customers».

At the same time, he warned of excessive CO2 limit values ​​in the EU: The benefit for the climate would be very small, but the technical effort would be very high, "and we will then lack the money for the development of battery-electric vehicles," said the Audi boss.

"The combustion engines finance the transformation."

The ongoing reduction of 9,500 jobs worldwide by 2025 is on schedule, said HR manager Hildegard Wortmann.

For Audi employees in Germany there is a reduced profit-sharing bonus and a corona bonus, for a skilled worker a total of 2300 euros.

In the main plant in Ingolstadt, an electric car is to be produced for the first time next year, the SUV Q6 e-tron.

The first Audi electric car in the compact segment, a Q4 e-tron, is due to roll off the assembly line at the VW plant in Zwickau in Saxony in a few weeks.