Syria announces response to Israeli bombing in the vicinity of Damascus

The Syrian regime said that Israel launched an attack on targets in the vicinity of the capital, Damascus, on Tuesday, but the air defenses dropped a number of missiles. 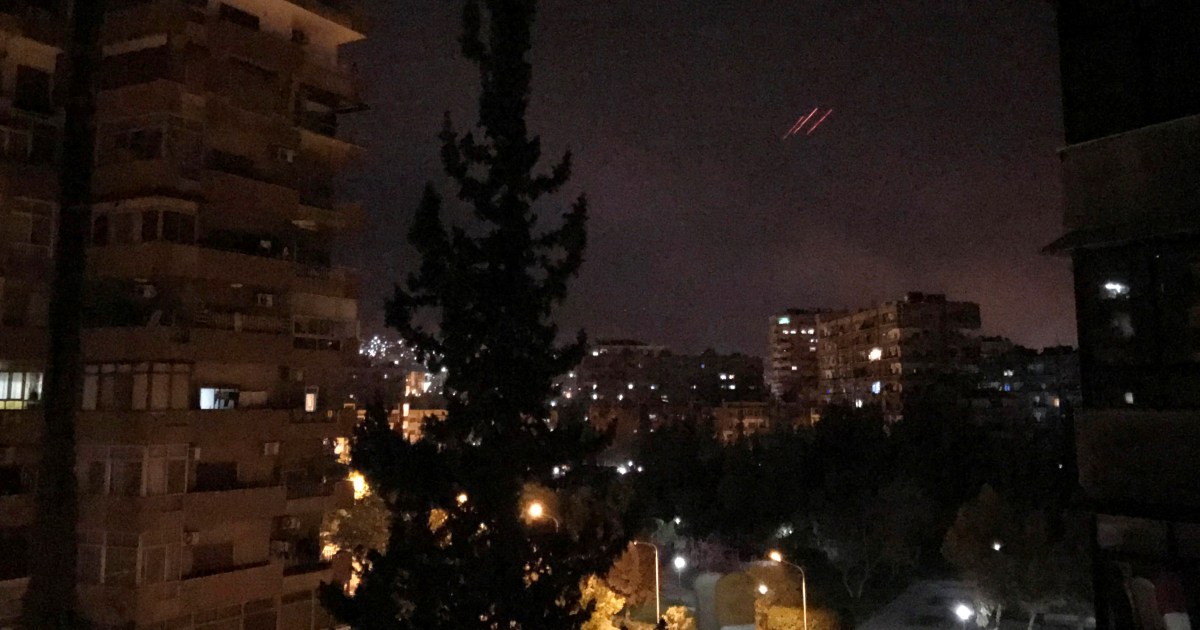 The Syrian regime said that Israel launched an attack on targets in the vicinity of the capital, Damascus, on Tuesday, but the air defenses dropped a number of missiles.

The Ministry of Defense said in a post on Twitter that "at exactly 22:35 ... the Israeli enemy carried out an aggression from the direction of the occupied Syrian Golan on some targets in the vicinity of Damascus, and our air defense media confronted the aggression's missiles and dropped most of them, and the losses were limited to material."

In the same context, the Syrian news agency "SANA" reported that the Syrian air defenses confronted "an Israeli aggression on the southern region."

On the other hand, local sources told Al-Jazeera that an Israeli helicopter bombed a site of pro-Iranian militias in the countryside of Quneitra, southern Syria.

Videos posted by activists and Syrian media outlets showed the moment of the bombing.

Appears to be one visual confirmation of an interception over #Damascus, #Syria pic.twitter.com/zOCZqQYmdt

The Israeli side declined to comment, and Reuters quoted an Israeli military spokeswoman as saying, "We do not comment on external reports."

In recent months, Israel has intensified its targeting of military sites, which it says follow the Iranian forces and groups loyal to it in several areas of Syria.

Israel rarely confirms that it has carried out raids in Syria, but it repeats that it continues to confront what it describes as Iran's attempts to establish its military presence in Syria and to send advanced weapons to the Lebanese Hezbollah.

Last month, Israeli Defense Minister Benny Gantz told supporters of his party that Israel was taking measures "almost weekly" to prevent Iran from taking root in Syria, as he put it.