Lateral thinkers in Bavaria: the protection of the constitution observes movement

The Bavarian Minister of the Interior Herrmann sees the milieu of “lateral thinkers” as “actors hostile to democracy who question the legitimacy of the rule of law”. Violent supporters are now to be observed in the country by the Office for the Protection of the Constitution. 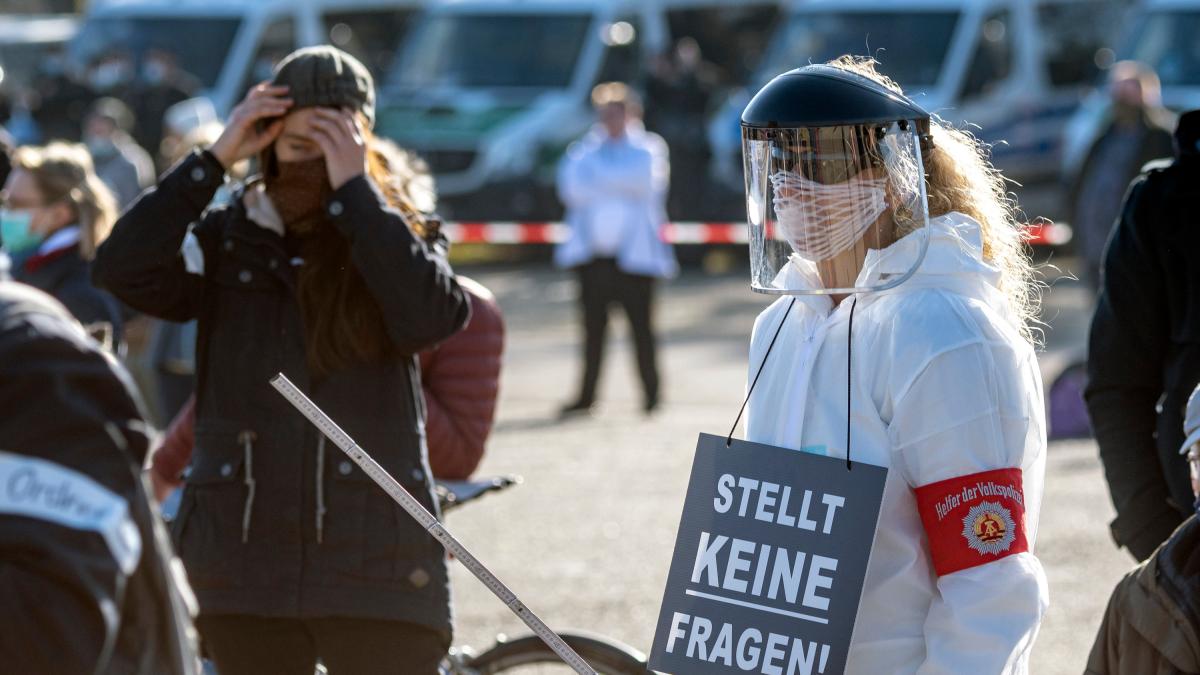 In Bavaria, parts of the so-called lateral thinker movement are observed by the State Office for the Protection of the Constitution.

"The collective observation object records individuals and groups of people who call for violent actions against state institutions, against the state infrastructure or against state representatives, or who participate in such actions that are intended to significantly impair the functionality of the state," said Bavaria's Interior Minister Joachim Herrmann (CSU) on Wednesday in the interior committee of the Bavarian state parliament in Munich.

Herrmann emphasized that it was not about bothering every demonstrator or critic.

"It will be a matter of looking at a few people who call for violent resistance," said the minister.

There are actors who question the legitimacy of democratically elected decision-makers and the rule of law as a whole.

"These activities are therefore to be qualified as security-endangering anti-democratic efforts and are therefore subject to the monitoring mandate of the State Office for the Protection of the Constitution," said Herrmann.

Supporters of "lateral thinking" and offshoots of the movement have demonstrated in many cities in recent months against restrictions in the Corona crisis.

Neo-Nazis and so-called Reich citizens who can be recognized by flags and symbols also took part in the demonstrations.

After the nationwide “unconventional thinkers” protests over the weekend, criticism of the violence of individual demonstrators was again voiced.

During protests against the Corona measures, police officers were attacked in Dresden, for example.

According to the police, demonstrators attacked a television team and police officers in Stuttgart.

The Baden-Württemberg anti-Semitism commissioner Michael Blume had criticized the riots and called for a more defensive constitutional state, increased pastoral care and offers of advice for dropouts.

"Conspiracy movements like the 'lateral thinkers' continue to shrink, parties close to them also fail in elections - but anger and willingness to use violence are growing among those who remain," said the anti-Semitism officer.

The initiative “lateral thinking 711” from Stuttgart called for the protest actions.

At their meetings in the past year, conspiracy theoretic speeches had been made time and again, and right-wing extremists had mixed with the demonstrators.